Oil spiked higher on reports that an Iranian oil tanker was hit by two missiles off the Saudi coast, according to Iranian state television. The vessel is currently ablaze and leaking oil 60 miles off coast.

broke above $54 resistance and currently trade around $54.56. While one may have expected a more dramatic follow through, the damage to the Saudi facility last month would have made a larger dent in the global oil supply (which resulted in a 12% gap higher at the market open) and the U.S. markets are yet to respond. However, last week we saw net-long exposure of managed funds fall at their fastest weekly rate since September 2017, with gross longs being closed and gross shorts being added. This leaves potential for a bear squeeze if prices continue to rally. 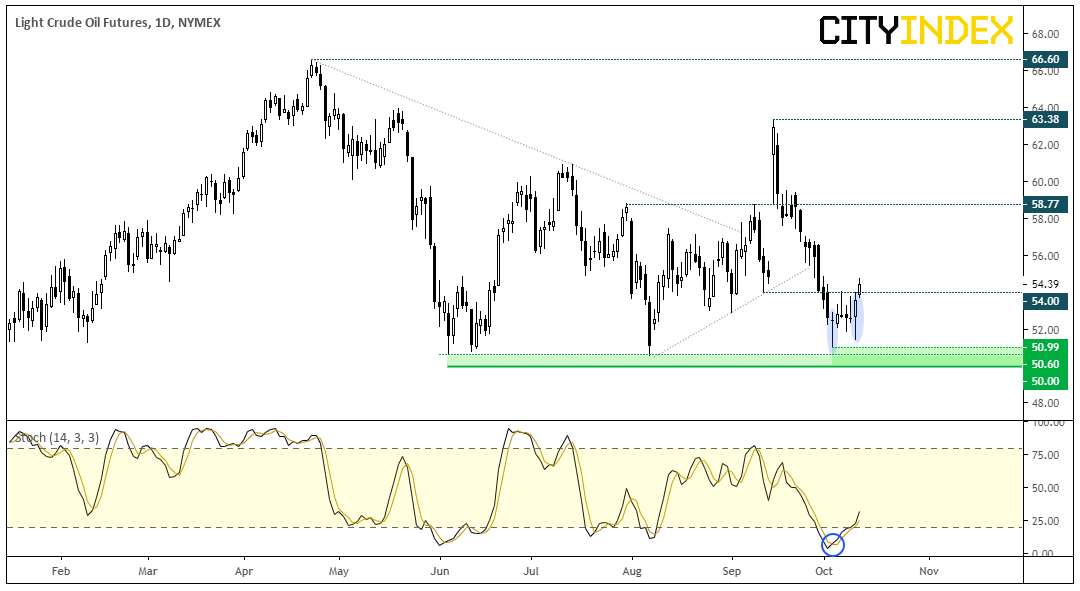 Technically, WTI has been building a base around $51 ahead of today’s break higher. Spikes aside, prices have effectively oscillated sideways since June with support at 50.60. This means oscillators provide clearer signals (as they’re less reliable during trends) so it’s interesting to note that a bullish cross occurred on Oct. 3, on the day of a gravestone doji.

Given the weaker strong levels of support around 50.30-51.00, the spike higher today and stochastic buy signal, then traders could look to buy dips while sentiment favours a weaker USD environment (keep a close eye on trade headlines as any whiff of even a partial deal could weigh on the greenback).

Switching to the 4-hour chart, prices have broken their bearish trendline ahead of a double bottom pattern, which was confirmed with today’s break above 54. As long as this level holds as support, the double bottom projects a target around 53.37, whereas a break lower raises the potential for a 3-wave correction, and for bears to have another crack at the $50 mark. 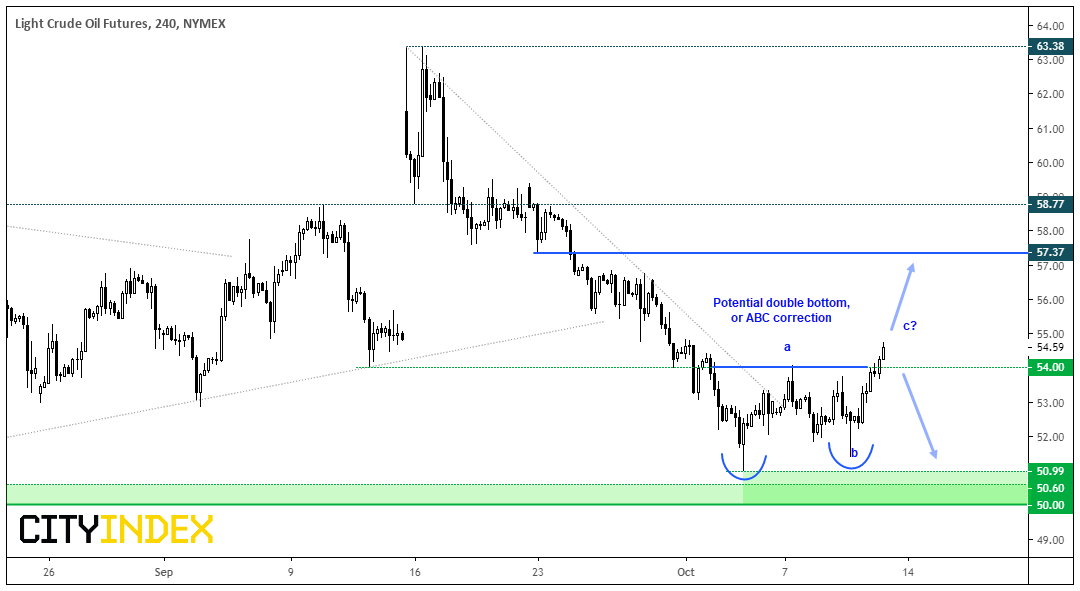 Away From Oil And Gold, Cotton Holds ...