With Over 2 Weeks Left Before OPEC Meets, Where Next For Oil?

It was never meant to be like this. At least not in the way the Saudis had imagined it.

After breaking up the last OPEC meeting back in early December, Saudi Energy Minister Abdulaziz bin Salman might not have imagined he would be under duress to hold the next one ahead of schedule.

Yet, here are the Saudis and the rest of the producer members of OPEC, waiting on their key ally Russia to greenlight what seems the most important production cut yet for the cartel. It’s incredible, but every output reduction debated by OPEC in the past five years has been primed as a do-or-die for the group. Current negotiations about the cut of 600,000 barrels per day to stave off the demand lost to the COVID-19 epidemic certainly won’t be the last.

The speculation in the market is that OPEC+ — which groups the cartel’s original 13 members and 10 non-member oil producers led by Russia — will agree on a cut anytime in the next few days or at the worst when the alliance meets as scheduled on March 5-6. Most in the market seem to think Russian President Vladimir Putin is just playing mind games by stretching his decision on this, in order to get as much leverage as possible when the cuts are divvied up among the different producers.

Putin hasn’t said a word himself about the cuts, preferring to let the Kremlin’s spokesman state the concerns of Russian industry over the past week-and-a-half, as the Saudis stewed on his indecision and prices fell deeper into bear territory before last week’s rebound. 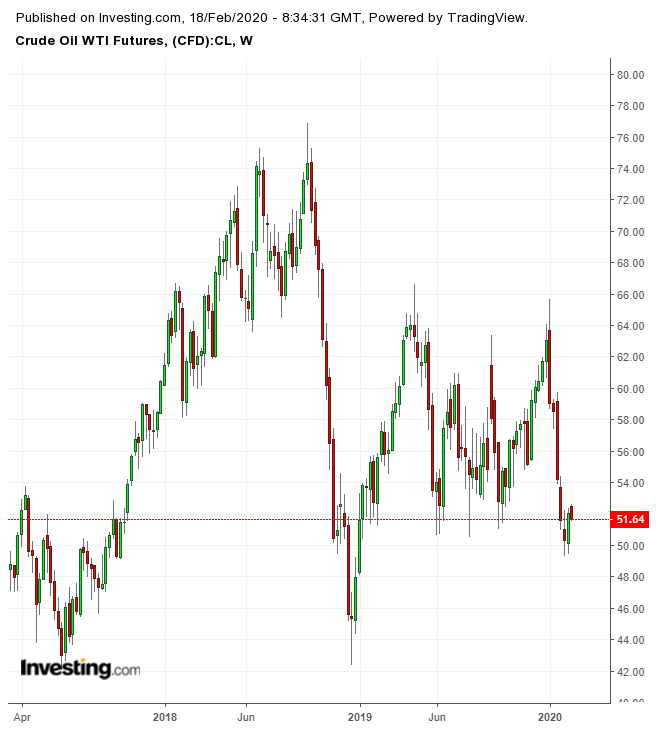 While the Kremlin didn’t say it either, the media made it clear that Moscow’s energy insiders were unhappy with any more cuts being demanded of Russian oil producers, arguing that any reduction will only benefit U.S. oil drillers who have no alliance whatsoever with OPEC and can pump away and export as they like. Indeed, despite all talk earlier this year of a slowdown in U.S. shale oil output, the United States cranked out a new record high above 13 million bpd, despite the country’s remaining at least 20% lower than a year ago.

“Putin will once again overrule his energy executives at the 11th hour, and sign on the dotted line when the (OPEC+) ministers meet on March 5,” Helima Croft, head of global commodity strategy at RBC Capital Markets, said in a note last week.

Putin’s “public hand-wringing” before OPEC “may be effectively deployed in negotiations, to reduce Russia’s overall output obligations” to the cuts, she said.

But, of course, what really matters to OPEC is what will happen to the market between now and when they can safely get an “aye” from Putin on the cuts.

After last week’s surprise rebound — in which those who were long the market managed to claw back some 5% on and more than 3% on WTI from four days of continuous gains — crude has turned weak again. After drifting lower in Asian and European trading amid Monday’s Presidents’ Day holiday in the U.S., the market was down again in Tuesday’s early afternoon trade in Singapore. 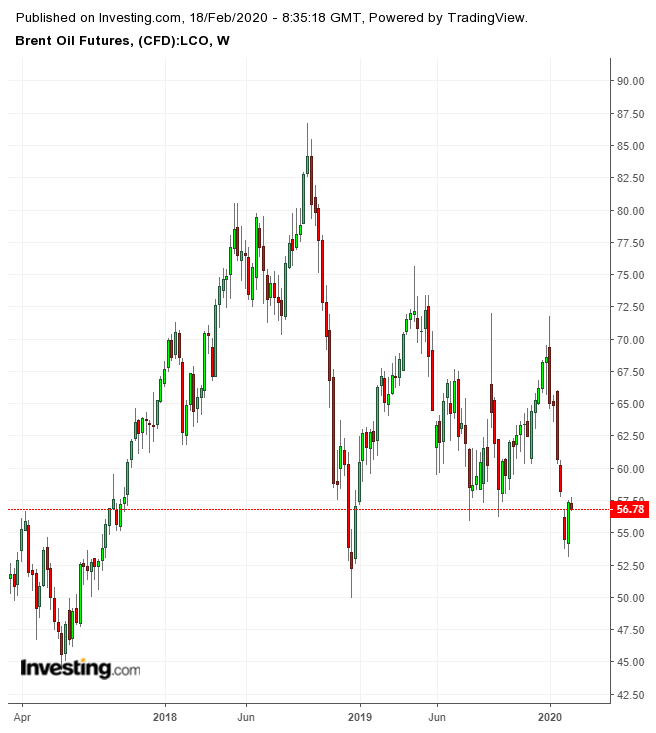 Oil bulls even survived a huge U.S. last week. But such inventory gains should be the exception rather than the norm for the market to continue staying up, said traders.

“It’s hard to imagine a situation where oil prices would go up every day over the next two weeks while waiting for OPEC+ to get its act together,” said Tariq Zahir, managing member at the oil-focused Tyche Capital Advisors in New York.

“You’re bound to get volatility, and more down days are likely to compensate for last week’s unexpected upside.”

Thus comes the question: Could oil see another crash in the near term?

Much of that gloom is based on the continued unknowns from the COVID-19 virus and how much further the pandemic could decimate demand in China.

“Worldwide growth is already impacted and supply chains could become more impacted. Whether this will be a V-shaped recovery remains to be seen,” Tyche Capital’s Zahir said, referring to last week’s rebound.

“There’s no doubt that as China continues to struggle with the coronavirus, it will continue to experience a demand drop in crude that could only get more significant by the day,” Zahir said.

“And if the virus spreads further in Europe and the U.S., we can expect the demand for crude to be hit further.”