With A New Saudi Oil Minister In Place Is An OPEC Policy Shakeup Next?

OPEC held its Joint Ministerial Monitoring Committee (JMMC) meeting this morning, setting the stage for the upcoming OPEC and OPEC+ meeting on Dec. 5th. While not meant for policy creation, JMMC meetings are held to review and discuss compliance of the ongoing OPEC+ agreement, which was last renewed in July for 9 months.

However, the major news from OPEC does not revolve around compliance or future policy from the JMMC meeting, but instead, Sunday’s departure of Khalid Al-Falih from the Saudi oil ministry and his replacement by Prince Abdulaziz, a son of the current Saudi king. The media’s attention this week focused on whether Abdulaziz’s installation as oil minister would result in a change in Saudi policy, especially as it relates to OPEC and the deal with Russia and other non-OPEC partners.

There is no reason to believe the oil ministry’s policies will differ under Abdulaziz. Last week, he was adamant that he would be continuing the deal with Russia. At the World Energy Congress meeting in Abu Dhabi on Monday he said,

“Now we have a bigger family, which is OPEC plus … And very soon we will celebrate the charter that will continue putting us together, so until death do us part.”

Some analysts have surmised that Abdulaziz is specifically tasked with raising the price of oil in preparation for an impending Aramco IPO. The theory is that a higher oil price will make the company more valuable. While the monarchy may want Abdulaziz to push for higher oil prices, there is nothing he can do that Falih did not already try. Currently, the market is driven by massive supply coming out of the United States and by fears of an impending global economic slowdown and a China-U.S. trade war. 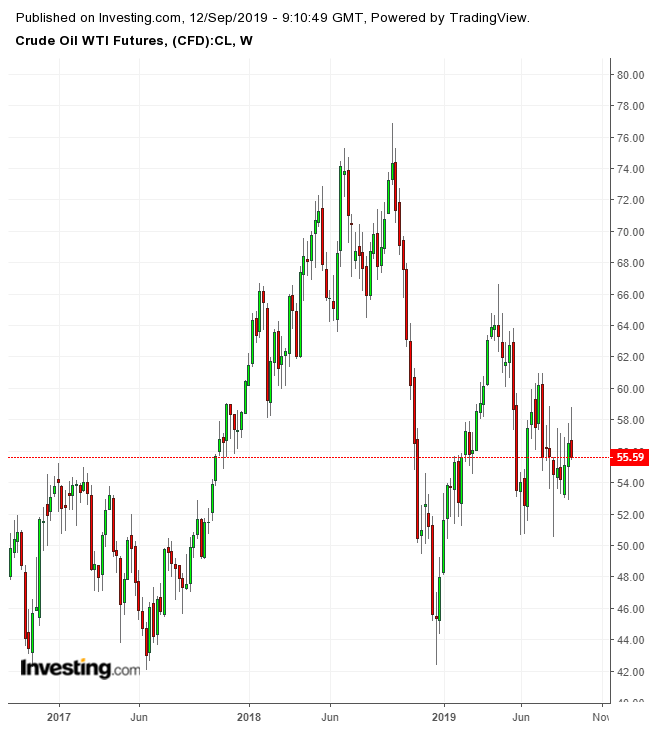 Abdulaziz could potentially pursue a strategy of unilaterally cutting Saudi production even further. That would be a mistake as it would drop Aramco’s revenue in the lead-up to the company’s IPO, it would allow other producers to step into the voids Aramco left and profit at Saudi Arabia’s expense and there is no guarantee that prices would rise enough to compensate for the barrels taken off the market. Saudi Arabia pursued a similar strategy in the 1980s that was largely a failure and caused the kingdom to lose money.

We should assume that Falih was already implementing the oil strategies preferred by King Salman and his son Crown Prince Mohammed. While the monarchy in Saudi Arabia traditionally grants some independence to the oil ministry, the oil minister serves the king. If there is a change in policy under new leadership in the oil ministry, it will be because the king’s opinions have changed.

There is one strategy Abdulaziz could pursue that is being ignored by the press. When Aramco is publicly traded, it will want to show high revenue and profits to achieve a high valuation. Aramco’s cost of oil production is so low, that one way to achieve high revenue is to drastically increase the amount of production, even if the price of oil drops as a result. Abdulaziz could pursue a policy of basically unfettered OPEC production similar to Ali Al-Naimi’s 2014 policy. That would certainly see global oil prices fall further, but it would allow Aramco to pump a few million more barrels of oil per day and show even higher revenue. It is an unlikely scenario given Prince Abdulaziz’s recent remarks, but a possibility that traders should watch out for.