US-China trade talks: How airplanes can be part of the solution

Boeing CEO: China is very important to us

Boeing CEO Dennis Muilenburg on the company’s supply challenges keeping up with growth, the company’s sales in China, the sector’s growth potential and the government’s defense spending.

As U.S. and Chinese officials meet this week in Washington to iron out a new trade agreement ahead of the March 1 tariff deadline, one key piece to the puzzle could be found in the sky above.

“Certainly airplanes can be part of a solution when it comes to trade,” Boeing Chief Financial Officer Greg Smith told FOX Business recently, ahead of the latest trade meetings. “I think the unique part about our business and the commercial airplane assets is that they really enable trade.”

In the next two decades, China’s aviation market – which is becoming one of the largest in the world – will need nearly 7,700 new airplanes valued at $1.2 trillion, according to Boeing’s latest Commercial Market Outlook. A majority of those deliveries will be for airlines growing their fleets, while the rest will be used to replace ageing aircraft. Most will be single-aisle aircraft, like the popular Boeing 737 model, with the rest being wide-body aircraft and freighters. The aviation market in China will become the largest domestic travel market by the end of the next 10 years, according to Boeing’s forecast.

Officials from the world’s two largest economies will meet in Washington this week following discussions last week in Beijing. While no agreement came out of the meetings, Treasury Secretary Steven Mnuchin, who was in attendance, called the talks “productive” on Friday. Back home, President Trump issued a similar sentiment later that afternoon in the White House Rose Garden.

Over the course of the past year, Boeing – the world’s largest airplane maker and America’s largest exporter overall – has been involved with both countries as the dispute over trade endures, according to Smith, including engaging with both governments as well as customers in China – which include China Southern Airlines, China Eastern Airlines and Air China. Boeing opened its first completion facility in China late last year as part of a joint venture with Commercial Aircraft Corp. of China, also known as COMAC, the state-owned airplane maker. 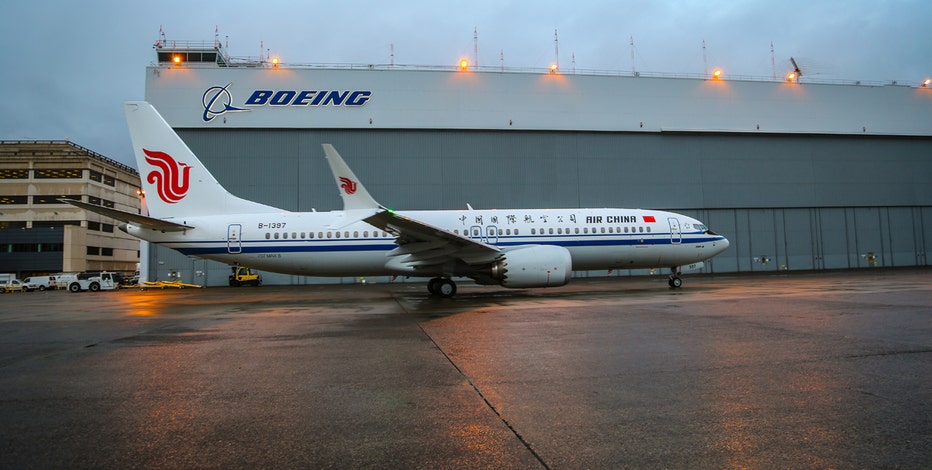 “Being the biggest exporter in the United States gives us a real unique opportunity to be a voice and to be at the table and share our perspective on that,” Smith said. “So we’re very engaged and we’re hopeful that there is a solution that can be a win-win here.”

Meanwhile, as some U.S. companies – particularly those in the auto industry – fear higher tariffs on vehicles and parts, Boeing’s passenger aircraft have been unaffected. Though it threatened to impose a 25 percent tariff that would affect Boeing’s older model 737 jets, China backed off and never slapped the duty on the airplanes.

“To just arbitrarily cut off Boeing orders would be a self-inflicted wound,” Josh Sullivan of Seaport Securities told FOX Business. “You can’t just cut off Boeing and immediately expect Airbus to be able to pick it up because Airbus uses a lot of U.S. parts and then Airbus just doesn’t have the capacity to pick up the Boeing backlog.”