US 1Q GDP mixed bag of good and some meh, but no imminent recession

To the surprise of market participants and economists alike, the U.S. economy (as measured by gross domestic product, GDP) grew by 3.2 percent in the first three months of 2019.

Harking back to the end of 2018, reacting to visible signs of slowing growth in Europe and Asia, economists predicted a sympathetic slowing of the U.S. economy. In fact, some of the economic data toward the end of 2018 (such as industrial production) suggested that a slowdown was inevitable. Looking at the stock market ticker today, however, one might easily forget the bear market end of 2018.

But let’s take a closer look at the GDP data.

Diving deeper into headline number: A mix of good and ‘meh’ news

At first glance, the rise in exports would seem the likely lead story. In many quarters past, the propensity to import served as a drag on economic output. However, the Trump administration’s efforts to realign trade policies have caused businesses to build up inventories,contributing to increased economic expansion. The slight narrowing of the trade deficit helped to improve the export components of the economy. 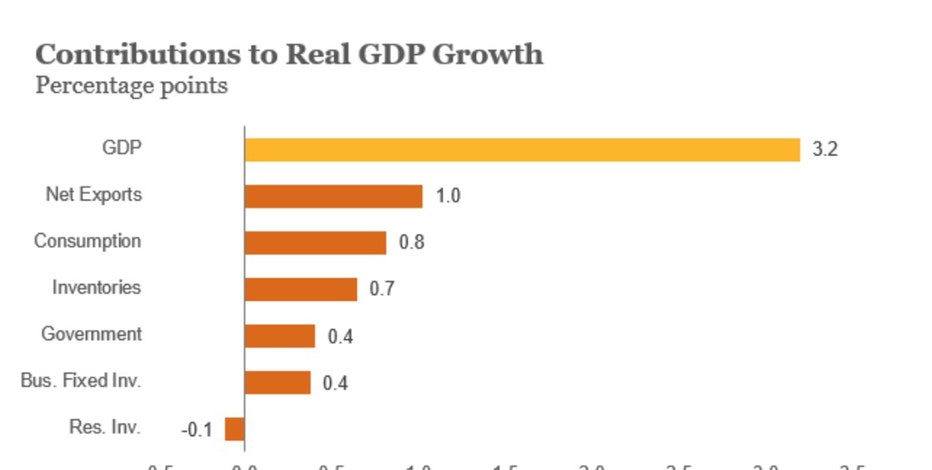 From saving to spending

The slightly more troubling data, however, is the consumption component of GDP. In a consumer-dependent economy (70 percent of economic output), GDP growth can be sensitive to consumer activity. In the first three months of the year, consumption was less of a driver of growth than other components.

On the bright side, the effect of stock market volatility and the government shutdown drove many consumers to save versus spend. As evidenced by the Census Bureau reporting better-than-expected retail sales results in March, consumer behavior remains robust. This trend has continued into the second quarter, as we have seen weekly chain store sales accelerating in April.

While the University of Michigan’s Consumer Sentiment Index dipped slightly in March, the overall economic environment bodes well for consumer activity. Low unemployment, rising wages and falling interest rates are among the factors contributing to robust demand from consumers. 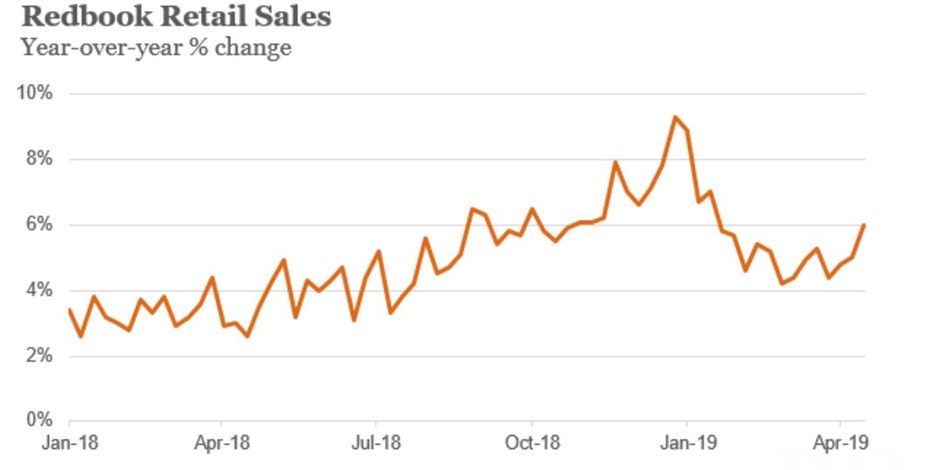 GDP growth can be tricky: Especially when dollar strong

As noted, consumption is a key driver of GDP. However, the various business, trade and government spending components represent a delicate balance.

The U.S. dollar remains strong relative to other world currencies. A strong dollar poses a deflationary force on the price of imported goods. When consumers increase their spending and look for the best price, it is more likely that goods will be imported from overseas. This means increased consumer activity could be offset by a possible drag on economic growth.

Businesses have increased inventories in reaction to imposed and pending tariffs. However, as those inventories diminish in the face of strong consumer demand, imports will likely pick up.

Here is the bottom line: headline 3.2 percent growth indicates that the year is off to a solid start. At the same time, how trade tensions ultimately play out, and the way in which businesses and the consumer respond, will be important to watch as these factors will likely make or break our economic growth throughout the year.

Mitch Roschelle is a partner and business development leader at PwC. He has over three decades of experience advising clients worldwide. He’s a frequent commentator on FBN and FNC on business trends, market behavior, housing, the economy and policy matters in the public and private sectors.