One of the top questions plaguing forecasters right now is how much of the commodity the U.S. will produce in 2020. Since the fracking revolution began, U.S. production has climbed every year, recently reaching a high of 12.6 million bpd.

Nevertheless, there are indications that the incredible boom in the shale oil industry may be about to plateau and forecasters are struggling with how to quantify this.

The latest controversial call comes from the EIA, which recently lifted its projections for U.S. crude oil production in 2020 from an average 13.17 million bpd to 13.29 million bpd. The EIA’s move to raise projections rather than lowering them is a subject of great scrutiny. In fact, on Nov. 13th, Scott Sheffield, the CEO of Pioneer Natural Resources (NYSE:), called the EIA “way too optimistic” in terms of its estimations for U.S. oil production growth.

OPEC Secretary Mohammed Barkindo weighed in on this subject and appears to agree with Scott Sheffield. Earlier this week, he told CNBC that after talking to “a number of producers, especially in the shale basin, there is a growing concern by themselves that the slowdown is almost graduating into a fast deceleration.” Barkindo added that these companies “are telling us that we are probably more optimistic than they are considering the variety of headwind challenges they are facing.” 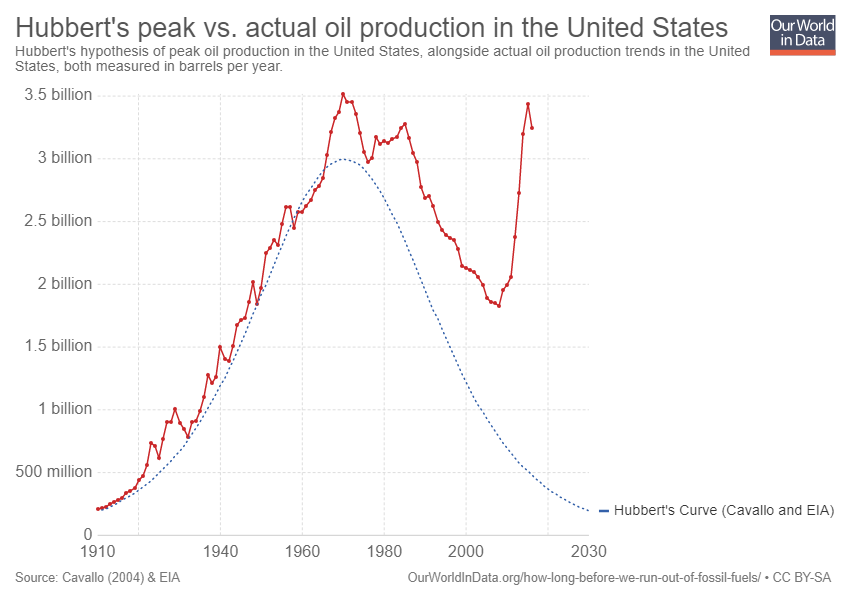 Courtesy: Our World in Data

When confronted with this information, traders must remember that the actual projections are essentially meaningless. In fact, they will almost certainly be proven wrong when we see the real production numbers in 2020. No one will recall whether HIS Markit, Goldman Sachs or the EIA was closer to the mark with its November U.S. oil production forecasts for 2020.

Forecasts Alone Are Insignificant, But…

The significance of these calls is in observing the reactions from key decision-makers whose actions can impact future oil production. For example, Barkindo’s statement provides insight into OPEC’s thinking. Shale oil production forecasts are taken into consideration by OPEC when making decisions about production quotas, so if there is strong sentiment within OPEC that shale oil production is likely to level off in the near future, there will be little impetus to push for deeper production cuts at the December meeting.

Another issue traders need to consider is whether shale oil companies are being overly dramatic in expressing their growth concerns. These could be tactics designed to reduce , so when these companies reveal their Q4 earnings, their share prices won’t drop nearly as much. With Chesapeake Energy’s (NYSE:) share price so low that it is about to be delisted from the stock exchange, it wouldn’t be surprising to see similar oil producers actively trying to decrease expectations.