The semis are sending an important signal to the bond market: JP Morgan

Yields have tumbled over the past month as a dovish Federal Reserve and weak global data kept demand for bonds alive.

Futures Now” on Thursday that strength in semiconductors signaled a recovery in global manufacturing data. Then, when data improves, global rates will move higher.

“Semiconductors 12-month performance leads PMI and they stay very correlated, not just in this cycle but if you go back to the late 1990s. That relationship has been around for a long while,” said Hunter. “Look back at summer 2016. What you see is the semiconductors year-over-year growth bottoms out early on in the year and then PMIs bottom out a quarter later so basically lagging.”

The SOXX semiconductor ETF‘s rate of change, a momentum indicator, bottomed out in February 2016. It took until mid-year for global PMI to show signs of a pickup.

This year, the SOXX ETF’s rate of change found a bottom in January before the trend turned upward. Its price moves have also outperformed the market – the SOXX ETF has surged 28% in 2019, nearly double the S&P 500. 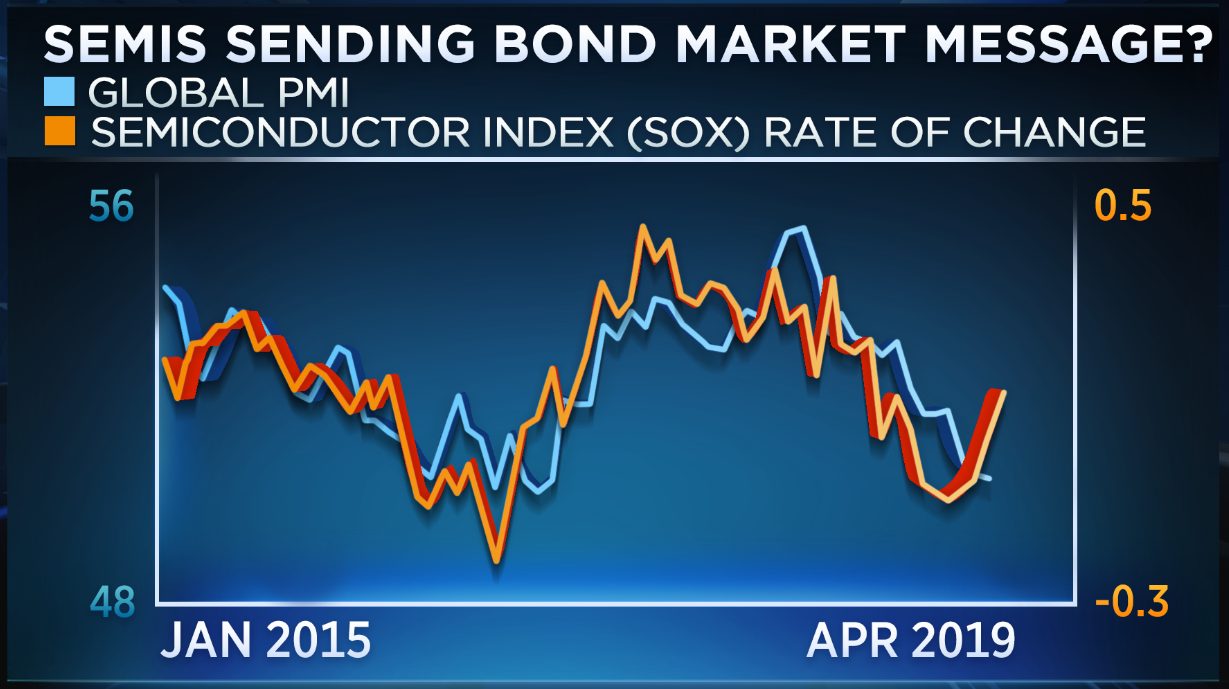 Like in 2016, Hunter expects the global PMI data to begin to pick up steam a quarter or two after the semis show improvement and only then will some of the lagging corners of the market begin to turn higher, too.

“There’s a class of markets that doesn’t really re-price until the data validates. We’ll put global rates in there. And in equities, we focused on financials, energy and materials. Their relative performance strengths tend to track PMI and not the leading markets,” said Hunter. “We’re still bullish on the S&P, but we’d rather buy those laggard groups making the bet that we see convergence into the summer.”