The ‘Language’ Of Oil: Why Pundits Botched The Impact Of The Aramco Attacks

The attacks on Aramco facilities in Abqaiq and Khurais drew major attention from markets this week, largely because the geopolitical talking heads exaggerated the projected consequences with worst case scenarios and many even agitating for war. The security and geopolitical pundits—who generally know nothing about the oil markets or production—insisted that the strikes would disrupt global oil supply and the global economy for months. They were wrong.

Nevertheless, it is worth learning from this event as it underscores the importance of being precise with the language of the oil industry and understanding what key terms mean for the market. 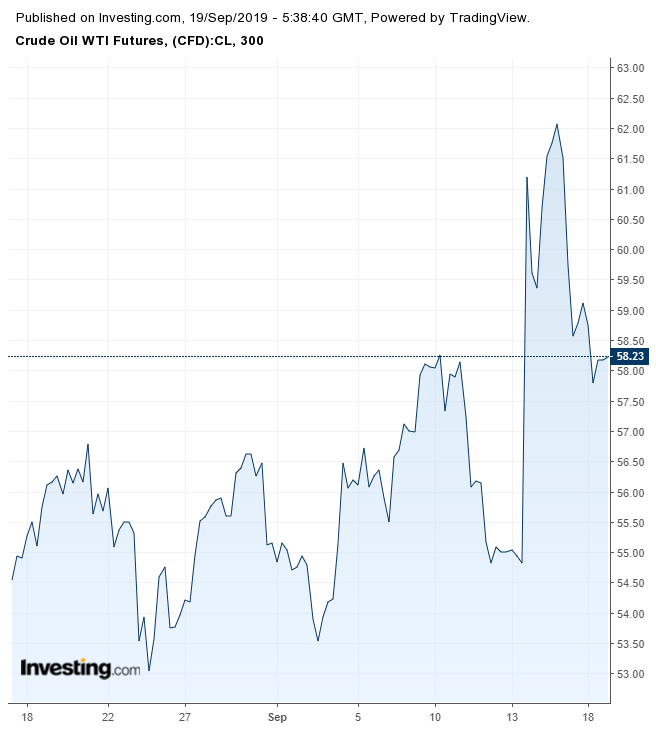 When discussing the length of time it would take to fix Abqaiq and Khurais, many got confused between the terms “capacity” and “production.” Aramco has the world’s largest capacity, set at 12 mbpd right now. Capacity refers to the maximum oil a company could pump in a day if it committed the necessary resources. Even in normal circumstances, Aramco would require about three months notice before it could reach its capacity of 12 mbpd.

Production refers to how much oil the company is pumping at the time. Prior to the attacks, Aramco was pumping 9.8 mbpd. Its quota from OPEC is 10.3 mbpd. After serious damage like what was incurred this past weekend, it is normal to first make repairs to return to partial production, and then make repairs to return to full production and then eventually meet full capacity.

The term “production” is also often confused with “supply,” but they are not the same. As opposed to production (reviewed above) supply refers to the oil released on the market. However, sometimes companies will produce oil and simply store it. According to CEO Amin Nasser, Aramco has 60 million barrels of oil in storage, although an outside satellite data and analytics firm said Aramco might have as much as 73.1 million barrels of oil in storage in Saudi Arabia.

The stored oil does not become part of global supply. Furthermore, some oil is always used for domestic supply, and in many cases—like that of Aramco—oil for domestic use is not sold on the open market.

Oil which is made available for supply in the open market is often most relevant for its actual value. Aramco wanted to maintain supply when production was down following the attacks this weekend. Priding itself on 99% reliability for its customers, the company tapped storage and took from other lines of production to ensure that it would not miss customer deliveries. Thus, the supply of oil to the open market was largely undisturbed despite the drop in the production numbers. 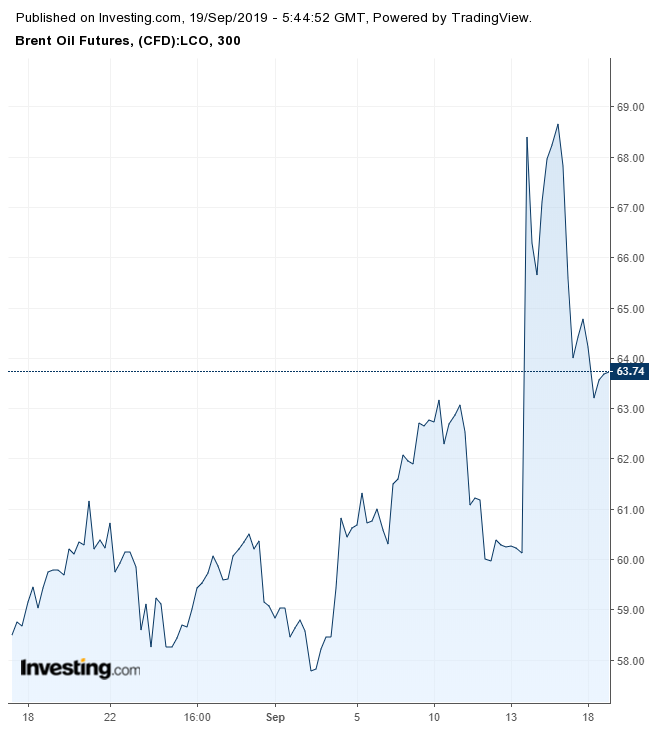 While Aramco continues its repairs, the company is drawing from storage to supply customers. For several months before these attacks, Aramco had been drawing on stored oil to keep up with customer demand while maintaining lower production under its OPEC commitments.

We should expect to see Aramco producing more oil in an effort to replenish its storage—a vital component of Aramco’s strategy. For precisely this reason, the company will likely refill its lost storage as quickly as possible. If this happens, speculators will react to the increased production (even though it does not go into supply) and push the price of the commodity down slightly.