Silver Could Still Outshine Gold Over The Near-Term

The gold-silver ratio is paused at a level of resistance for a potential pairs trade, while the underlying markets also test pivotal levels. 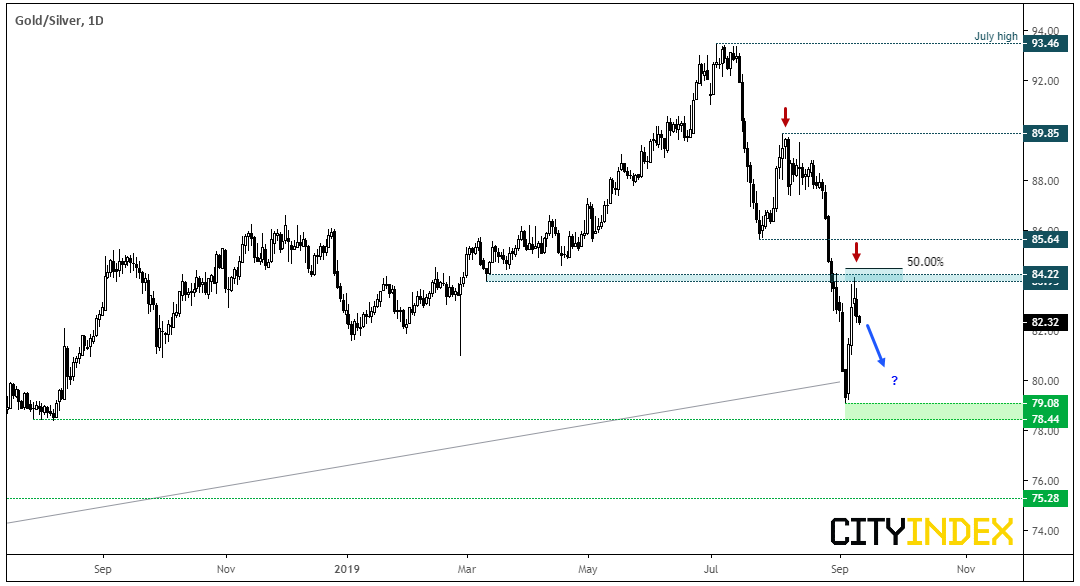 We can see on the daily chart that momentum has remained mostly bearish since the July high, although prices have retested a prior level of support. A spinning top doji formed below the 50% retracement level and yesterday’s bearish close suggest momentum is starting to turn lower once more.While the ratio remains below the resistance zone, we expect to outperform over the near-term (even if both underlying markets break lower as part of a correction).

Given the reversal of risk sentiment, the current environment is less supportive of silver and gold. We’re, therefore, looking at a bearish ratio over the near-term setup only. Further out, we expect the demand for gold and silver to return. 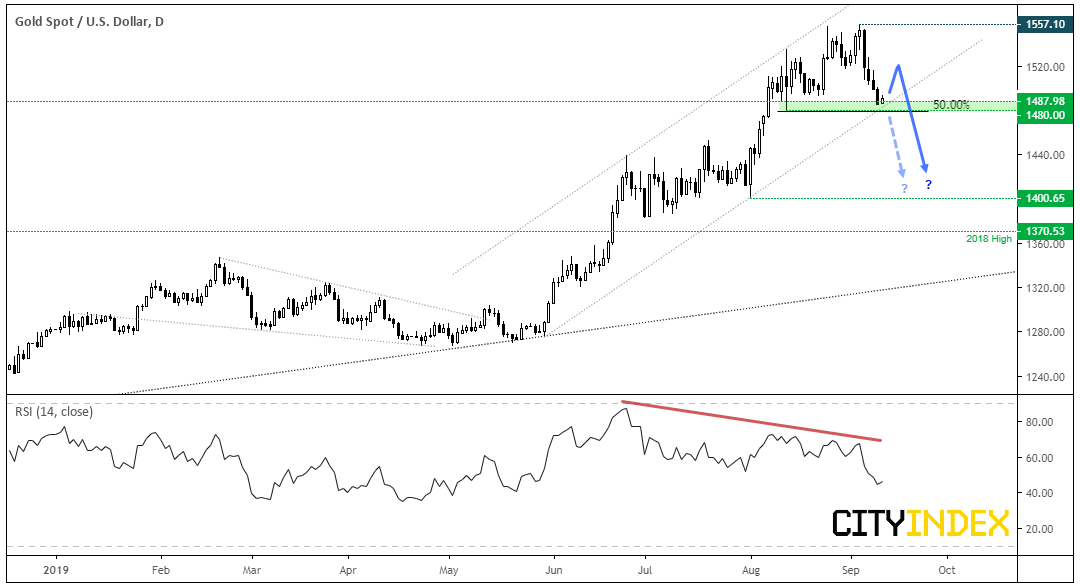 We’ve been noting for several weeks that gold has been screaming over-extension to the upside. While new highs are certainly possible (given the strength of its breakout to multi-year highs) a correction almost feels over-due. So, it’s interesting to note that gold sits on a pivotal level of support.

Gold prices remain in a bullish channel on the daily chart, although its retracement is testing its lower bounds of the channel, the 50% retracement level and a zone of support between $1,480-$1,488. There’s also the bearish divergence with RSI to consider, which shows bullish momentum is waning within the channel.

The daily appears structure for silver appears the more bullish over the near-term than gold. Whilst we’ve clearly seen a deep retracement, a Rikshaw Man doji has formed at the bullish trendline and the 61.8% Fibonacci level. There’s also no bearish divergence with RSI like seen on gold. Granted, RSI has broken down through its own channel, but there are more levels of support nearby to cushion a fall from a technical standpoint. 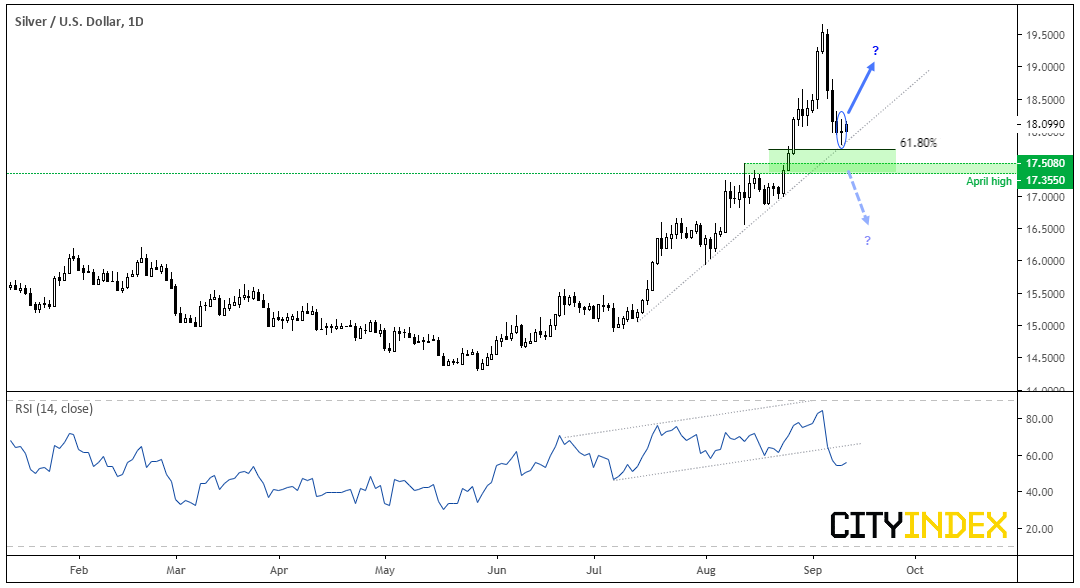 Silver/US dollar, 1-day chart
Disclaimer: Fusion Media would like to remind you that the data contained in this website is not necessarily real-time nor accurate. All CFDs (stocks, indexes, futures) and Forex prices are not provided by exchanges but rather by market makers, and so prices may not be accurate and may differ from the actual market price, meaning prices are indicative and not appropriate for trading purposes. Therefore Fusion Media doesn`t bear any responsibility for any trading losses you might incur as a result of using this data.

With Bolton Firing, Is There A Chance ...