OPEC and OPEC+ oil ministers are preparing to convene on in Vienna, despite the international coronavirus outbreak. The meeting was previously scheduled to address whether to continue with the 2.1 million bpd of production cuts that expire at the end of March.

However, now that the widespread influence of coronavirus has led to a dramatic drop in oil demand and attendant , the main focus of the meeting has shifted to considering implementing additional production cuts. Heading into this event, there seems to be more disagreement than cooperation on the part of various members. 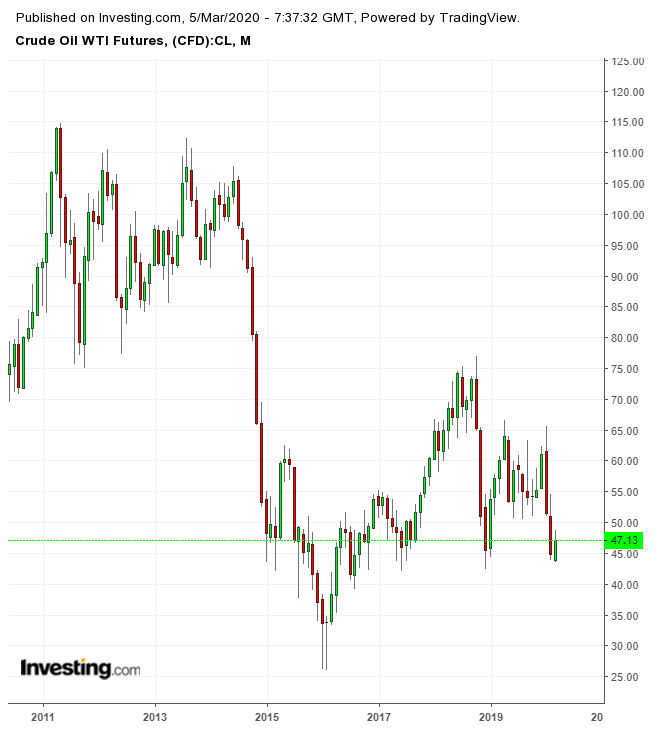 On the table are additional collective cuts ranging from 600,000 bpd to 1.5 million bpd. There is growing concern among oil producers about global demand. Goldman Sachs recently issued a revised global oil demand forecast which suggests that global demand will shrink by 150,000 bpd. Other banks have also cut their price forecasts for the second quarter of 2020.

After all, preliminary reports reveal that oil demand in China alone could be down as much as 30%. Before coronavirus, global oil producers had become accustomed to China importing about 10% of the world’s oil production.

Saudi Arabia is advocating for a deeper cut — between 1 million bpd and 1.5 million bpd — but Russia claims it doesn’t see a need. Russian President Vladimir Putin prepared this hard-bargain position for the country’s oil minister Alexander Novak last week when he said that their budget could accommodate oil prices at current levels, with at or just above $50 per barrel.

Whereas other producers, notably Saudi Arabia, look like they are panicking, Novak has the upper hand and will likely get exactly what he and Russia want out of this OPEC+ meeting, deeper production cuts from Saudi Arabia and others, despite currently being the largest producer in OPEC+.

Perhaps it is time for OPEC countries to reconsider the effectiveness of Russia’s participation in OPEC+. Under normal circumstances, the inclusion of Russia may have been productive, to an extent, but now oil producers are experiencing a real emergency with the coronavirus.

Russia has set the stage for a scenario in which OPEC cuts production while it continues its high production levels and has revealed that it won’t be a team player when the situation becomes tough.

It may be time for OPEC nations to realize that they cannot trust Russia’s oil policymakers because their goals are not aligned with the organization. OPEC will meet on its own on Thursday and will likely support the Saudi proposed cuts. If, when OPEC+ meets on Friday, Russia cannot be persuaded to join the consensus, OPEC may have to reconsider the OPEC+ alliance and salvage any OPEC credibility with the market.

Although the organization could decide to back down from its more aggressive production cut proposal in order to maintain its relationship with Russia, this would be damaging to its standing and could have a negative impact on the market.

OPEC cannot continue allowing a non-member to have veto power over its policies and to effectively run its organization. Not only does this dynamic diminish OPEC’s credibility with the market, but it limits its influence. At some point, this alliance will end.

However, if and when OPEC and Russia do part ways, it would shock the market and send prices down even further.

Romney will vote to approve subpoena in ...