Oil and gas companies are posting their third quarter earnings this week and next. So far, the results are varied despite dismal market sentiment on demand growth and generally low prices.

BP (NYSE:) posted $2.3 billion in profits, beating expectations from analysts by $0.3 billion. Still, net profit dropped by 41% , which was enough to push shares down by 3.8%. The main reasons BP cited for the decline were lower oil prices, maintenance and “weather impacts.” 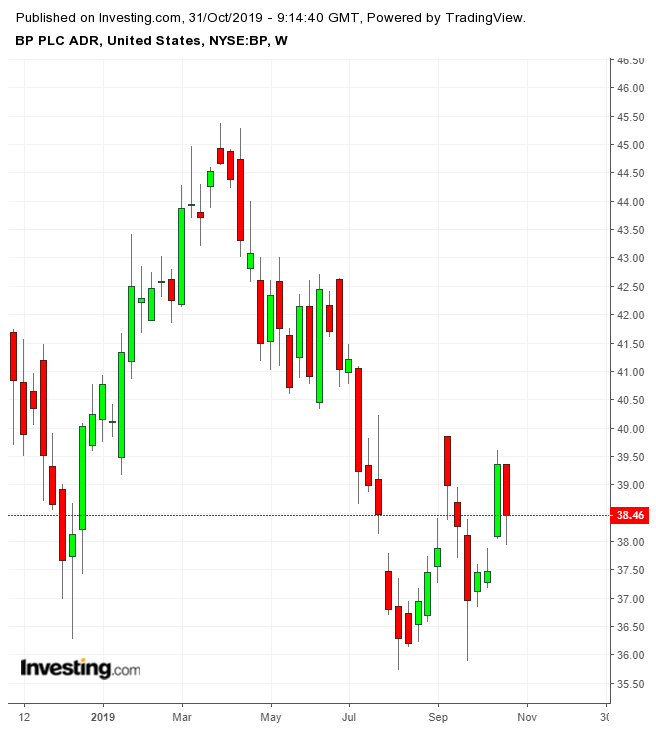 On the other hand, Total (NYSE:) posted $3.02 billion in profits this quarter, which is an increase from its of $2.9 billion. As well, ConocoPhillips (NYSE:) reported $3.1 billion in earnings, a significant rise from the $1.6 billion .

The message here is that low oil prices are not an excuse for poor earnings. In fact, many companies were able to increase their profit on their downstream refining operations, which are, in fact, aided by lower oil prices. Even when oil prices are low, earnings will not necessarily be bad for the big international oil firms.

Earnings are forecast to be bleak for many U.S. shale oil drillers, but if they manage to overshoot analyst projections, the damage to share prices may be limited.

The prospects for oil companies in the longer term are likely better than the current trend indicates. At an investment conference in Riyadh, the outgoing U.S. energy secretary Rick Perry explained that batteries are the Holy Grail of “this whole energy thing” and it is imperative to find a way to store energy for long periods of time in commercial ways.

Admitting something rarely heard from the political scene, Perry essentially said that battery technology—for example, used in electric vehicles or proposed as storage for wind and solar power—is not yet advanced enough to effectively replace hydrocarbon fuels.

While this sentiment is not popular at a finance and technology conference, it indicates that international bureaucrats know deep down that there is no immediate future for renewable energy to replace oil and gas.

The move to non-carbon energies is predicated on the ability to improve battery technology, especially capacity and storage. Because this is such a big if, and we don’t know when or how it may come about, oil, gas and even coal, to some extent, could remain an essential part of transportation and power generation for longer than the current models predict.