With oil prices exploding higher yesterday, we take a look at how has performed following similar spikes of volatility.

By yesterday’s close, WTI futures enjoyed their fifth most bullish session, according to Reuters data going back to December 1984. If prices are to remain elevated, it will surely put an extra strain on growth numbers as costs to consumers and businesses rise, which inadvertently brings along inflation. However, today we’ll look at how WTI prices traded higher levels of bullish volatility.

Please note, the table on the left shows the top 30 bullish days using close to close data, whereas the right hand chart shows the forward returns of the top 30 excluding yesterday’s close (so there will be minor differences between the two, although the underlying analysis remains consistent.

To look at the data in a slightly different light, we measured percentage gain from the prior close to the daily high. This is to better capture the volatility of the session, along with the initial gap higher. This places yesterday’s rally as the 15th most bullish session from the data set.

From this basic analysis, it appears that bullish spikes haven’t favoured continued gains over the near-term but could signal a bullish resumption around three months later. In some ways this makes sense, as a price shock can lead to confusion and uncertainty, making prices vulnerable to whipsaws and/or retracements. 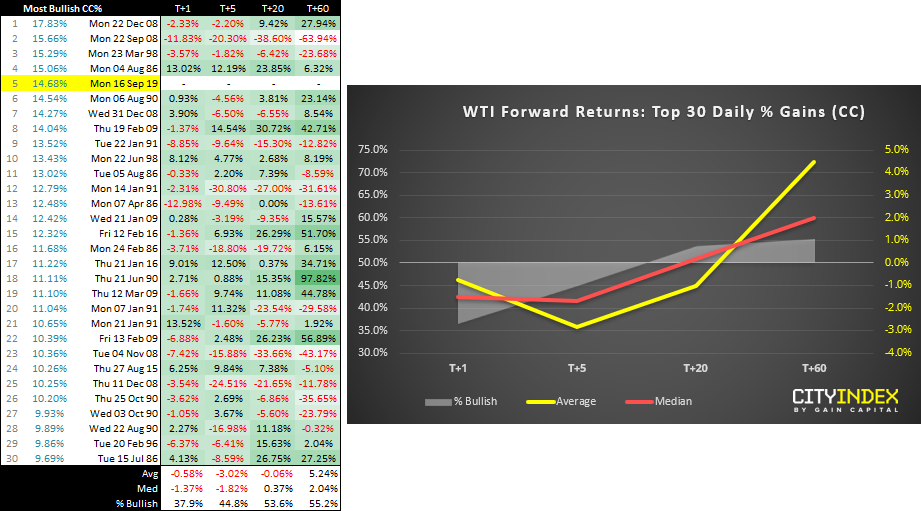 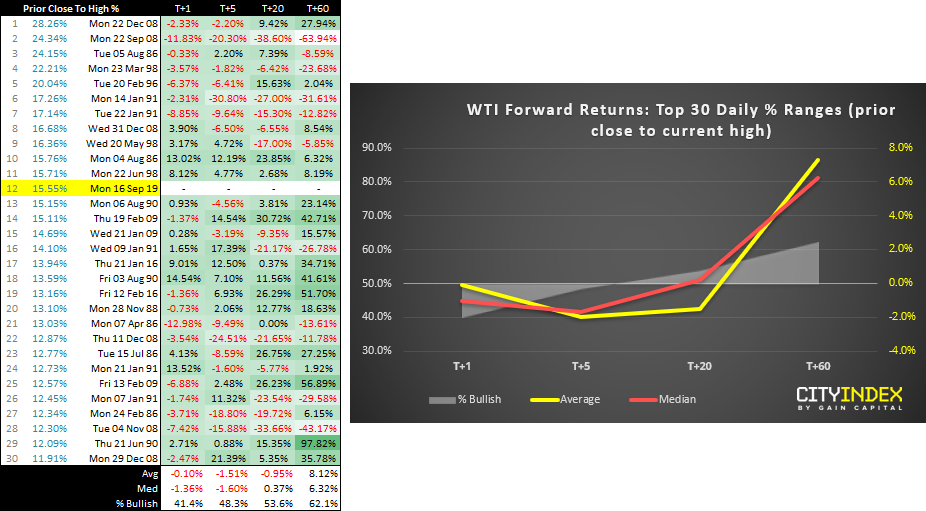