In the classic bear market for oil, OPEC never wins in the first round.

Those familiar with the modus operandi of the cartel shouldn’t be surprised by the outcome of yesterday’s opening meeting in Vienna by the 23 oil-producing countries trying to find a solution to the latest bust in crude prices.

After a brief run-up, both and fell back on the day as short-sellers upheld the doom and gloom of demand impaired by China’s coronavirus crisis, even as OPEC hinted it could cut up to another million barrels per day in supply. The result: Oil Bears 1 – OPEC 0. 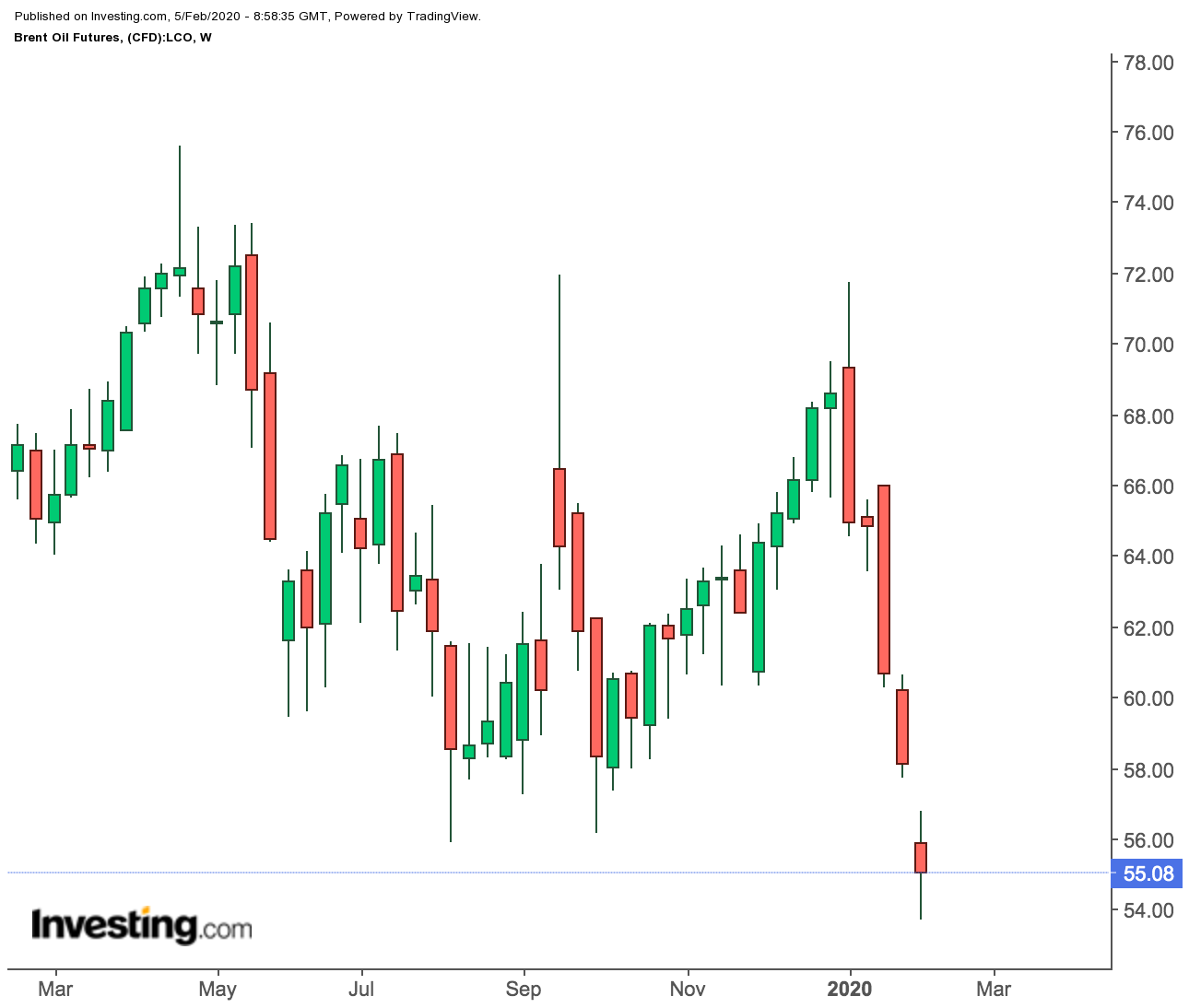 Losing Now, In The Hope of Winning Later

Losing isn’t new to OPEC. Typically, with the exception of its few members who are prone to theatrics, the brethren of oil and energy ministers, guided by their undisputed leader from Saudi Arabia, project a picture of surreal tranquility even in crisis.

Despite having to work a lot harder now than 40 years ago to influence the market, and being scorned by critics as irrelevant to the modern-age of oil trading, OPEC’s ways of squeezing supply to get the crude price it wants has proven effective over time.

The way OPEC meetings play out is almost always the same: total chaos and disagreement on Day One; then, sudden amazing solidarity before the end of Day Two; followed immediately by the announcement of product rationing that usually sends the crude market up, even if briefly.

Thus, as we approach another Day 2 of an OPEC meeting today — this time a “technical-level meeting” between the cartel’s 13 original members led by Saudi Arabia and 10 allies put together by Russia — it wouldn’t be wrong to expect more of the same-old-same-old from the group.

We also shouldn’t be surprised to hear before the end of the day from Saudi Energy Minister Abdulaziz bin Salman — who isn’t at the meeting but is obviously following it in real-time through briefings by his representatives — as he attempts to take charge of the narrative lost on Tuesday.

Since coming into the job in the aftermath of the September terror attack on Saudi oil facilities, Prince Abdulaziz got the seemingly impossible listing of Riyadh’s state oil company Saudi Aramco (SE:) done. And even before the present crisis, he announced in December an ambitious OPEC+ production cut that could take as much as 2.1 million bpd, or 2.1% of world supply, off the market — a pledge that helped crude prices end 2019 with their best gain in three years.

But This Is a Different Challenge for OPEC

But the coronavirus epidemic poses an entirely different problem for the Saudi prince.

As we stated in yesterday’s analysis, unlike past sell-offs in oil where oversupply was always the problem, the present crisis is more about demand or rather, the lack of it.

From the Saudi perspective, anemic demand means that ultimately there’ll be excessive oil in the market and cutting production will be the way to go.

Yet, this price bust is different from the three-year long U.S. shale oil-driven market crash that began in 2014 from a glut of cheap oil.

At today’s rate, demand for oil is disappearing at a frightening rate and it’s happening all because of one source — China — which also happens to be the largest buyer of the commodity. 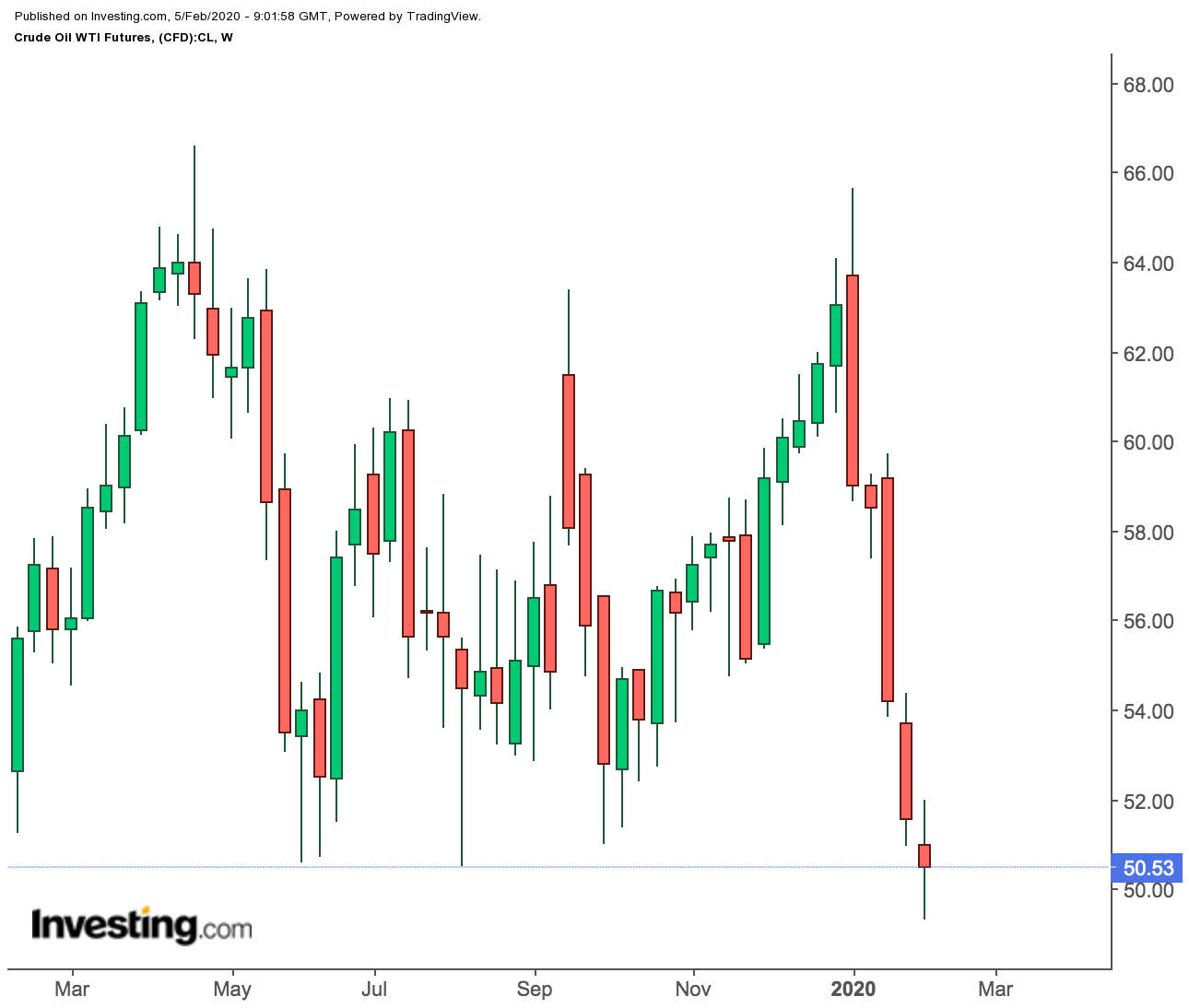 Lots of numbers have been thrown around in the past 48 hours on how bad the rut is in Chinese demand — from estimates of a daily drop of 3.0 million barrels, or 20% of consumption, to a shutdown of nearly half of China’s 40 independent refineries.

OPEC Shooting In The Dark, Hoping For a Magical Outcome

But the truth really is that no one knows how bad the Chinese situation could get.

Notwithstanding the argument that the first day of an OPEC meeting seldom goes well, Tuesday’s lower close in oil despite an early rebound is telling of what the buy-side of the market has discovered, which OPEC is still missing.

And that’s that this is a demand crisis, not a supply one. OPEC still seems to have its blinkers on, viewing the situation as an oncoming glut that it can cut its way out of.

Without knowing how much worse the Chinese demand for oil could get and until we have some real solid indication of that, OPEC is just shooting in the dark by saying it’s going to cut X many barrels.

The market’s fear is that at the end of the day, OPEC will not do enough and Chinese demand will tumble even more than the cartel anticipates.

But it’s hard to fault OPEC for what it’s doing because other than product rationing, it has no other trick to get the market back up.

OPEC’s best hope will be to reduce supply to a level where it reaches the equilibrium of Chinese and global oil demand.

That, essentially, is the magic word the cartel is seeking: equilibrium.