The gold/silver ratio has rolled over once more. While we can see it headed for the mid-70s, a few technical indications point towards a pause first. 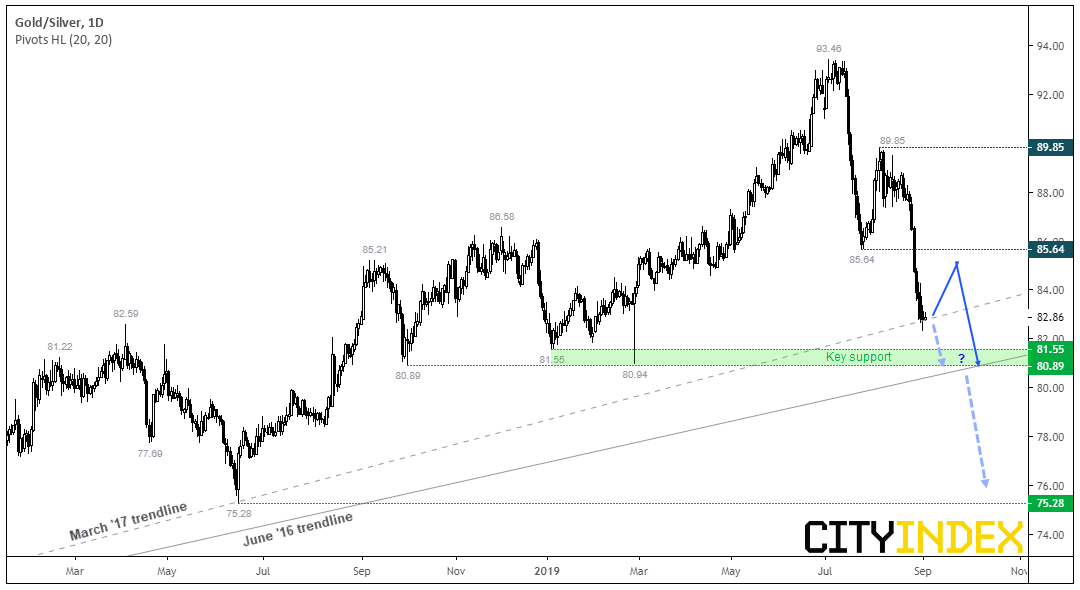 In percentage terms, we had suggested it could reach the mid-70s if we’re to see a similar retracement to the one seen in 2016, and momentum during this decline suggests it’s giving it a good go. The leg down from 89.85 is of similar velocity and depth the fall from 93.46, and both have been relatively straight lines to denote how silver has clearly had the edge. However, given technical levels on the ratio and silver, we suspect the ratio’s decline is due a pause before its next decline.

has stalled at a bullish trendline generated from the March 2017 low, although it could be argued the more reliable trendline is the one generated from the July 2016 (at the end of its last, deep correction). Even so, volatility is beginning to subside, which leaves the potential for the ratio to consolidate or (better still) retrace.

If the ratio falls further, there’s a decent zone of support around the 80.89-81.55 lows, which also coincides with the July 2016 trendline, and it’s possible we may see a more credible reaction there. However, a break beneath 80.89 suggests prices are on track to drop to the mid-70s (and possibly further if the long-term chart is anything to go by). 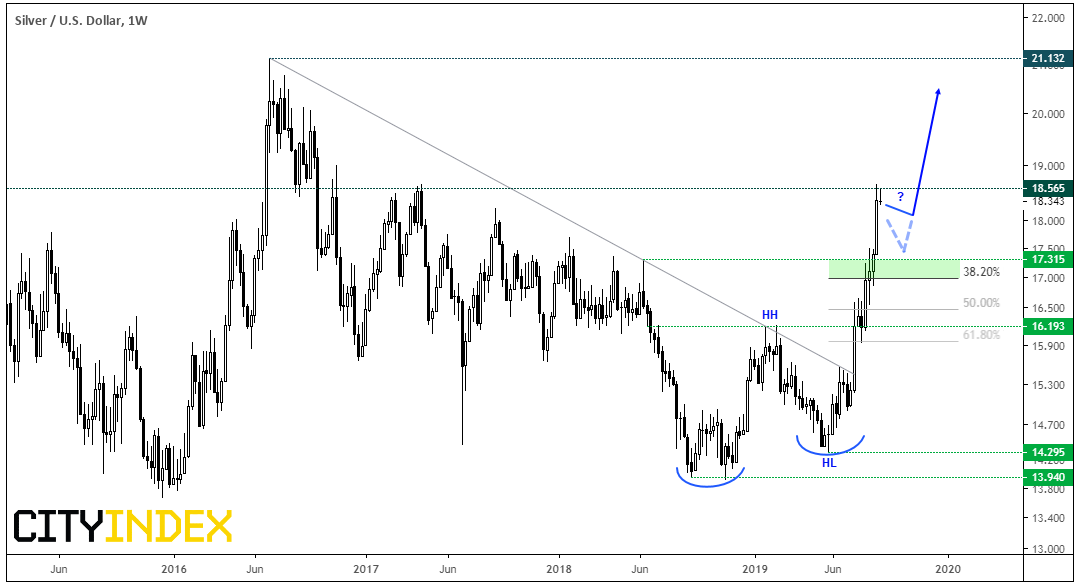 Finishing up on silver, it’s reached out initial target and stalled around the 18.56 highs, after breaking out of a basing pattern. While the reward-to-risk potential appears undesirable on the daily chart, around current levels, it does also points to an increased likelihood gold may outperform silver over the near-tern, to allow the ratio to retrace. From here we’re looking for any consolidation (at a minimum) but also for prices to retrace, build a new higher and form a base, before getting overly bullish again.