Gold Perks Up But It’s Not Out Of The Woods

Overall, has a decent chance of breaking to new highs over the coming months. Yet, whether is opts for direct gains or morphs into a prolonged, complex correction could become clear over the next week.

The breakout from the bearish/corrective channel on Friday threw a spanner in the works with its bearish pinbar. While this warned of a bull-trap, bears struggled to push it lower this week we’ve seen another higher low. While this suggests there’s demand around the 1475-1480 area, it’s touch and go as to whether prices can lift off from here.

Technically, there’s two variations of a bullish scenario which could play out. The former requires direct gains, the other could see the correction drag out before the rally truly resumes.

1. We’ve seen the end an ABC correction at 1459, and a break above 1520 assumes we’re in wave 3 of an impulsive move (which should break to new high). However, we’d need to see bullish momentum return soon and exhibit a directional move associated with a wave 3.

2. Or, we’re still in a complex correction, and the initial ABC move, which terminated at 1459, is the first zig-zag of a larger, corrective pattern. This scenario becomes more likely if any break higher fizzles out and retreats lower once more. 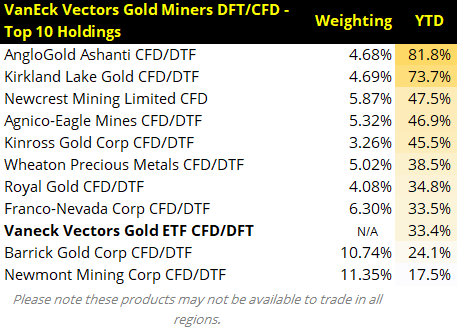 Still, while we wait for spot god to make up its mind, we’re also tracking a potentially bullish move on GDX (NYSE:) (gold miners index). Prices have recently broken out of a bullish wedge formation (a continuation pattern in an uptrend) and on the cusp of testing key resistance at 28.35. If successful, the pattern projects an initial target around the highs near 31. 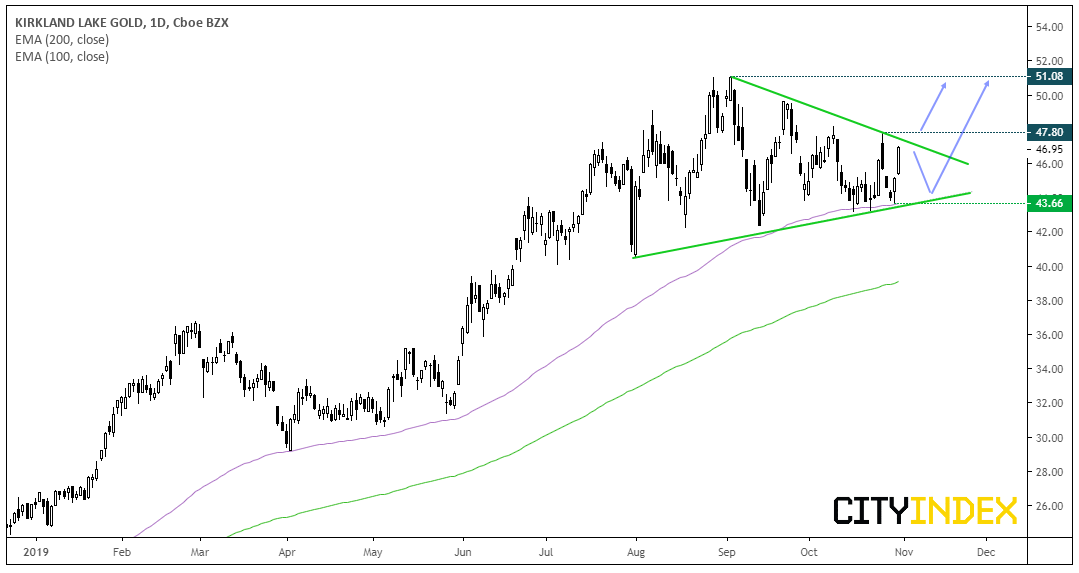 A tidy correction has seen prices respect the 100-day eMA and compress within a symmetrical triangle formation. Given this is typically a continuation pattern, shows a bullish trend structure is and the 2nd best performer YTD from the top-10 GDX (NYSE:) constituents, our bias is for a bullish breakout. 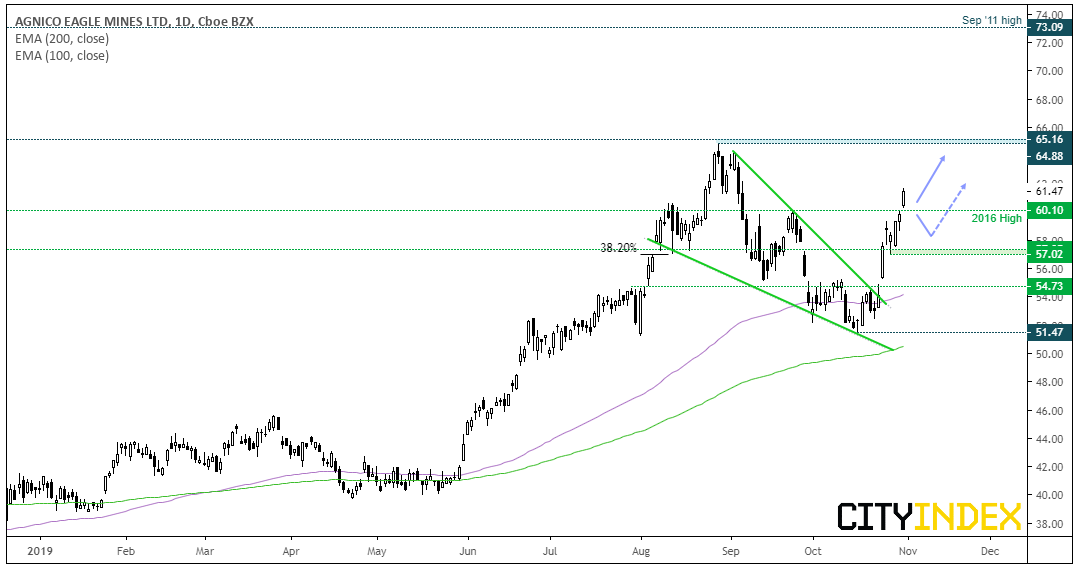 Strong earnings last week saw prices gap higher out of a bullish wedge pattern. If successful, the pattern projects an approximate target around the base of the pattern at 64.88. And if gold is to break to new highs then perhaps a run towards 70 and 73 are on the cards (the Sep ’11 high). For now, momentum remains strong and support levels are nearby at 60 and 57. 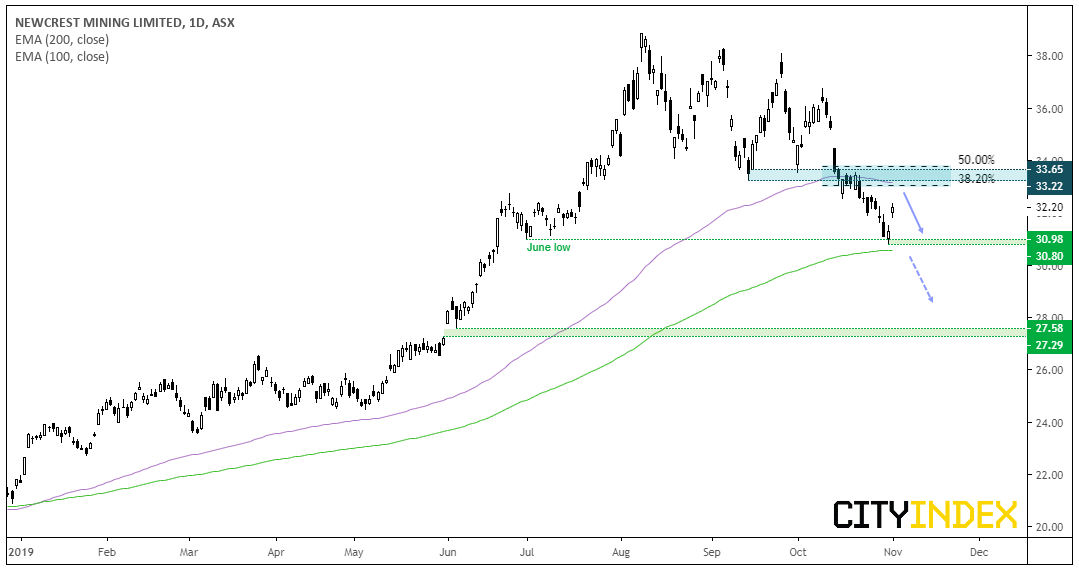 Newcrest is one to consider if the lust for gold fizzles out. Since its August peak, price action became erratic and choppy which itself can be the clues for a top. In mid-October, bears drove it beneath 32 into a small bearish flag before breaking beneath the 100-day eMA and heading for the June lows. While the 200-day eMA is holding as support, momentum favours the bear-camp and a bearish trend structure.