Last week, the coronavirus’s impact on markets was mostly conjecture.

There was a lack of information about the disease itself—how quickly it would spread, how fatal it would be, the number of people who would be infected and the magnitude the quarantine would reach.

Speculation was nevertheless rampant. The result: investors could not accurately anticipate the effect on prices, the global economy or, more specifically, the Chinese economy—particularly its workforce, production and transportation. 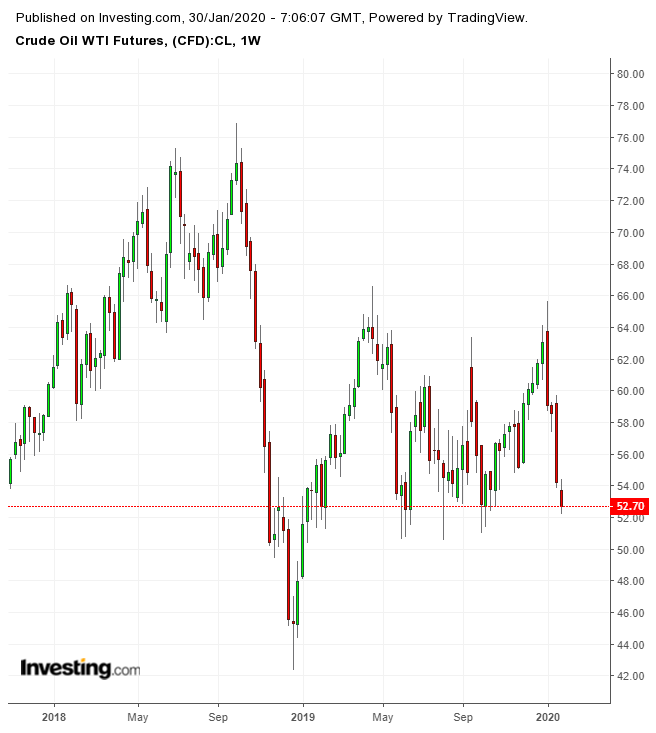 In the coming days and weeks, more concrete data will emerge about the economy in light of the outbreak.

Below is a breakdown of what is known about the impact of the virus on oil markets now:

Many investors and analysts made comparisons with the SARS outbreak in 2003. Markets dropped when the virus hit in 2003, and so markets in 2020—both and oil—dived as well.

The comparison is not reliable in showing the influence of an outbreak on global economic expansion. Since the SARS outbreak in China corresponded with the U.S. invasion of Iraq, it is difficult to separate the two major events.

China’s economy has transformed since the 2003 SARS outbreak and the nation appears to be responding more responsibly to coronavirus today. As well, the outbreaks occurred at different times of the year.

More than a week after the first public reports of the outbreak, the ramifications for global economies and oil demand are starting to reveal themselves. The coronavirus will adversely impact airlines and the jet fuel market.

Some are suspending flights between China and North America or Europe for a period of several weeks. Others are reducing their flight load. Long-haul flights between Asia and the United States or Western Europe use a lot of jet fuel.

For example, a one-way flight between Los Angeles and Tokyo uses about 9,500 gallons of jet fuel, which is about 226 barrels. More airlines may suspend flights to China in the coming days, and airlines within China have already begun suspending travel.

The bigger worry among traders is that the virus will lead to a general and sustained decrease in economic activity in China and, potentially, in other parts of the world.

The effect of coronavirus on global crude oil demand is clearly a concern for OPEC.

OPEC and its OPEC+ partners believed they had addressed the issue of weak demand in Q1 and Q2 with their new Q1 production cuts. Members were already discussing dispensing with the planned March meeting and agreeing to extend these cuts through June. Then coronavirus fears sent oil prices tumbling last week and this week.

In a move that looks desperate, Algeria, which is currently serving its one-year term as OPEC President, announced that OPEC is considering moving the March meeting up to February.

This makes many investors wonder if OPEC is panicking. The Saudi oil minister said a few days ago that they were “closely monitoring” oil markets, which was a more reserved response. It is unclear how a rushed OPEC+ meeting would help stabilize prices since OPEC+ has had little success increasing them with its most recent cuts, even with one million barrels of oil from Libya currently off the market.

Ultimately, if coronavirus continues to scare traders in the weeks and months to come, oil traders may swap in their geologist friends for epidemiologists.

Stacey Abrams plans to be president by ...