Russia has a new excuse for why it can’t comply with its OPEC+ production quota—condensates. According to Reuters, condensates can be broadly defined as “any type of oil that condenses into a liquid after being freed from high-pressure wells.” Under high pressure, it exists as a gas, but when the pressure is released it takes a liquid state.

On Wednesday, Russian oil minister Alexander Novak made a case for why gas condensate should be exempted from the production quotas agreed upon under the OPEC+ Declaration of Cooperation. According to Novak, Russia has several new gas fields in the Arctic that are coming online and thus the production of gas condensate will likely expand, making it increasingly difficult to comply with the terms of the production agreement.

In other words, the world’s second largest producer is looking to redefine the terms of the OPEC+ production limitation deal.

Of course, absent the condensate issue, Russia has failed to meet existing production cuts. Although it was called to cut production by 230,000 bpd from its October 2018 production level of 11.42 million bpd, Russia produced 11.56 million bpd this past October.

Should gas condensates be exempted from OPEC+ production quotas, and if so what might the reaction be from other producers?

In 2014, the U.S. EIA narrowed the definition of condensate because fracking wells were producing a great deal of the substance. In the U.S., regulators distinguish between how the material is produced—whether it is processed at the well-head (lease condensate) or in processing plants (plant condensate).

Russia hasn’t specified the gravity of the gas condensate from its new LNG fields, which raises suspicion that, if it knows, it is probably less than 50 degrees. If OPEC+ decides to eliminate the API distinction altogether, or even adopt a less limiting definition of condensates—or example, one that classifies condensates as hydrocarbon liquids with an API of 45 or above—Russia would not be the only country to benefit. 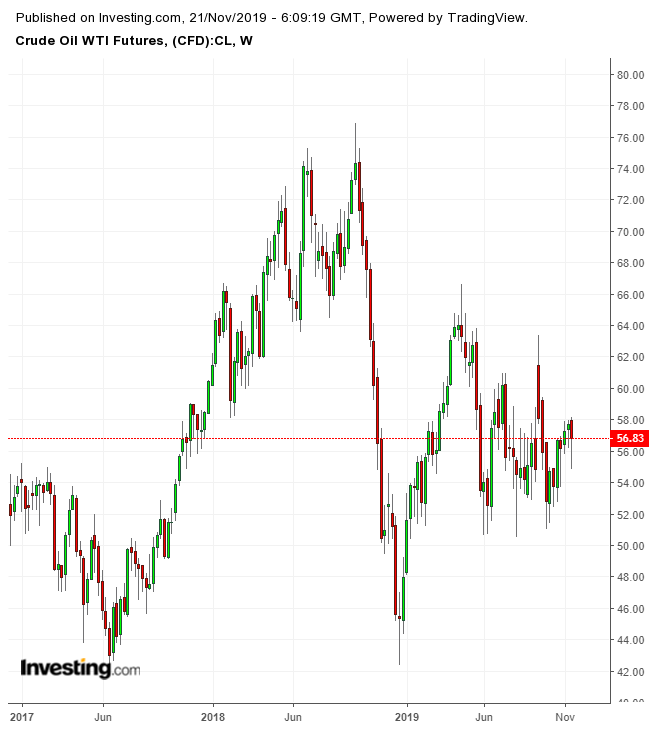 Nigeria recently started production from a new oil field and has been pumping well over its quota of 1.77 million bpd. In fact, its immediate past oil minister, Emmanuel Kachikwu said that this new oil should be classified as a condensate. This is a well-known issue for Nigeria, which since at least 2017, has been saying that a lot of its oil production should be considered condensates.

Russia is unlikely to successfully redefine the meaning of “condensate” at the December OPEC and OPEC+ meetings. The issue is too contentious to address this close to the meeting and, if the group did adopt a less strict definition of the substance, it would suddenly flood more oil into the market.

If condensates under 50 degrees API were no longer subject to quotas, Russia is not the only producer who could put more oil on the market. Given the fact that oil prices are stuck in the low $60s, the move might make OPEC and OPEC+ more honest about exactly what kinds of oil they are producing and exporting, but it would also push oil prices down.

US imports from China shrank more than ...