Move over, OPEC and the IAE: the Federal Reserve is here.

A slew of speeches by the U. S. central bank’s top officials could feed the recent market’s obsession for a this week, driving oil prices just as powerfully as the OPEC and IAE monthly reports.

There are 10 speeches by Fed bankers scheduled between Tuesday and Thursday, including two testimonies by Chairman Jerome Powell. Over and above that, from June’ monetary policy meeting are due on Tuesday.

While gold traders would typically be glued to every one of these, those in the oil market are also expected to pay particular attention to the events, given the pressure wrought upon the central bank at its July 30-31 meeting.

A drop in interest rates would weaken the and lift alternative assets such as commodities. Conversely, a Fed stay would steady—or even strengthen—the greenback, weighing on oil and gold prices.

While there are other factors that could influence the direction in commodities this week, conflicting supply-demand signals have lately muddied the path for prices, particularly in oil. A stellar U.S. for June, released last week, has raised doubts on whether the Fed is ready for an easing, given its stance that there have to be sufficient grounds for such action.

That means that even with the scheduled on Thursday and due on Friday, oil traders might be more attentive to what this week’s Fed speakers have to say – to see if some insight could be gained on the central bank’s thinking on rates.

Powell leads the honors with remarks on Tuesday at the Federal Reserve Bank of Boston, followed by two days of to discuss the Fed’s semi-annual monetary .

Of the rest, the most closely watched would be Bullard, who was the only dissenting voice at the June Fed meeting, when the central bank decided to hold rates. The St. Louis Fed president is one of the more dovish members of the central bank’s policy-setting committee, also known as the FOMC.

The FOMC minutes, due for release on Wednesday, will be closely perused for precise reasons on the committee’s last voting patterns.

Powell said in a recent speech “an ounce of prevention is worth more than a pound of cure”, a hint that the central bank might lean toward a so-called insurance cut to head off a potential economic slowdown.

Yet, some market participants have scaled back expectations that a July cut is almost a certainty.

“The market is wondering now whether the rebound in employment growth has reduced the need for a rate cut in July, especially in light of trade talks between the U.S. and China resuming.” 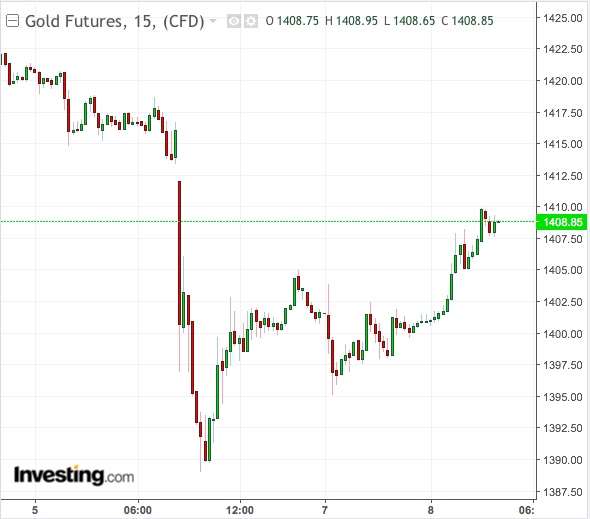 Razaqzada said this week’s U.S. and the European Central Bank’s July 25 meeting could be game changers though.

If the ECB chose to unexpectedly at its meeting, then the Fed could follow, he said, “regardless of any further improvement in U.S. data in the interim.” 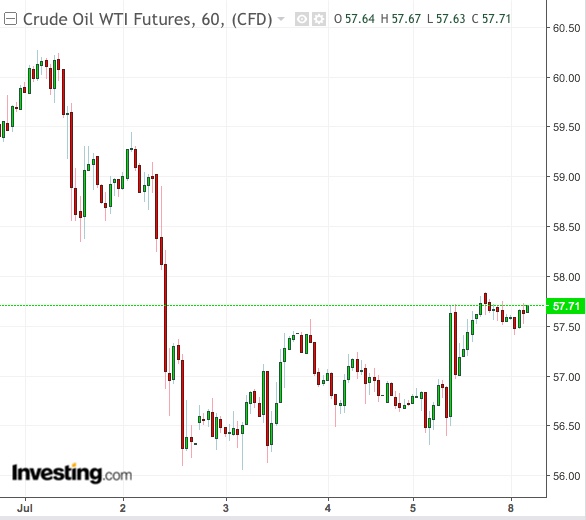 Oil bulls hope the OPEC and IEA monthly reports would provide fundamental leads to the convoluted picture in the market after the unimpressive restart to U.S.-China trade talks and the increasingly worsening U.S.-Iran nuclear sanctions showdown. Both U.S. and U.K. oil posted weekly losses last week on demand worries, despite promises of tighter OPEC supply extending into March 2020.

Oil output by the Vienna-based OPEC, or the Organization of the Petroleum Exporting Countries, sank to a new five-year low in June, a Reuters survey last week showed, as growing Saudi supply proved unable to cover losses in Iran and Venezuela due to U.S. sanctions and other outages.

The Paris-based IEA, meanwhile, said in June that even if global oil demand grew by 1.4 million barrels per day in 2020, supply would expand even faster, at 2.3 million bpd.

It also said OPEC was pumping more than would be needed next year.

US life expectancy has been declining. Here’s ...