struggles to keep to its $40 per barrel perch as expectations mount that OPEC’s super discipline in production cuts will finally unravel this week.

, meanwhile, is expected to stay cozy at its $1,800 berth amid bets the dollar’s further weakening after four straight weeks of losses will attract more bids to a metal many believe is poised to hit record highs in coming months. 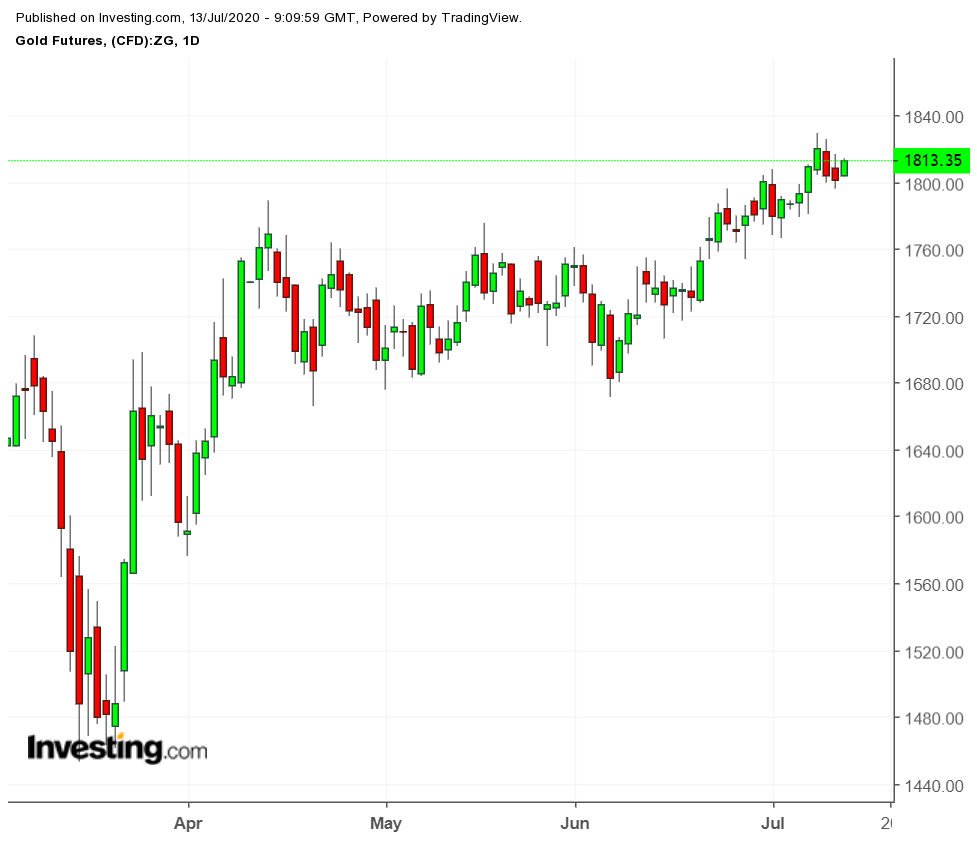 Back to oil, key members of the Saudi-led and Russia-assisted Organization of the Petroleum Exporting Countries alliance are set to meet via web conference Wednesday to debate the group’s current and future production. And this would be no ordinary OPEC+ meeting, as news wires are already suggesting.

Saudi Arabia, the OPEC kingpin that had for months harried others in the group to keep production down in order to support the market’s flight from April’s sub-zero prices to around $40 a barrel now, could opt for higher oil production from August, news reports said.

OPEC officials, speaking in confidence to reporters, explained that the change in Saudi strategy comes amid signs that to what the powers-that-be in Riyadh believed to be “normal,” following months of depressed uptake due to coronavirus-related lockdowns.

In April, Saudi Arabia, the world’s largest oil exporter, led a push that saw the 23-producer group cut its collective output by 9.7 million barrels a day, as the pandemic led to a collapse of oil demand.

Now Saudi Arabia and most participants in the coalition support a loosening of the curbs. Delegates told reporters that under Riyadh’s proposal, OPEC+ would relax its current curbs by 2 million barrels a day to 7.7 million barrels.

But is consumption really comforting enough to Saudi Arabia to switch tracks at this point in the game? Especially considering the threat of the pandemic is far from over—and seemingly starting anew. 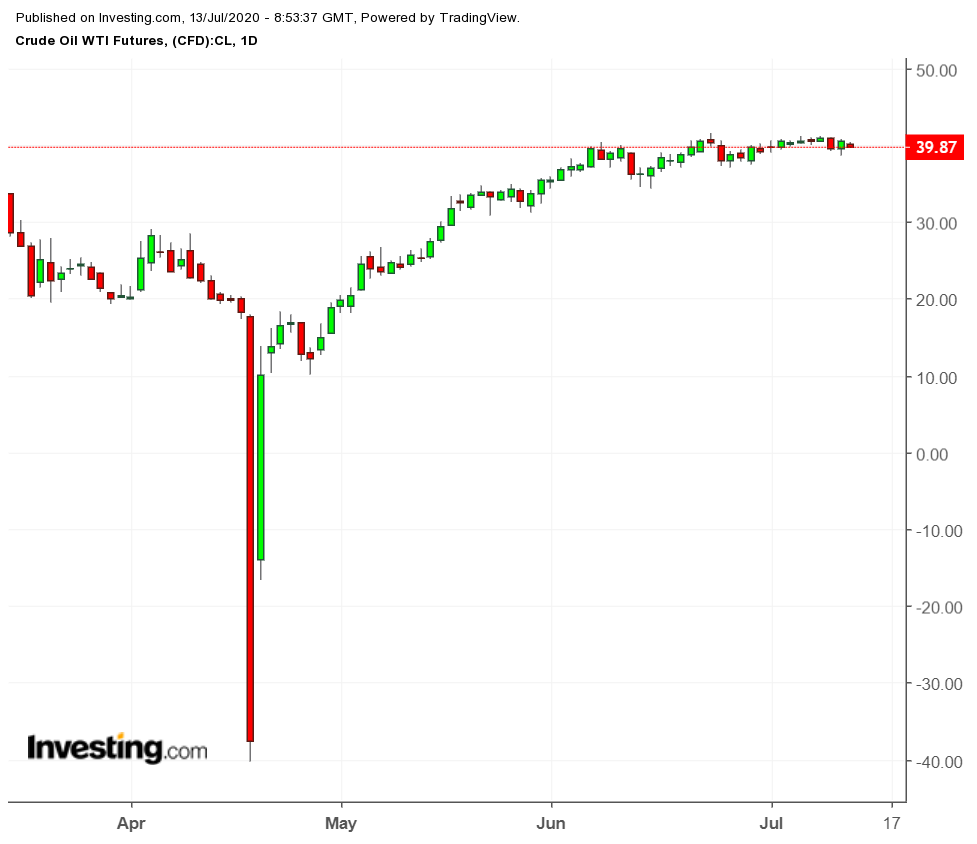 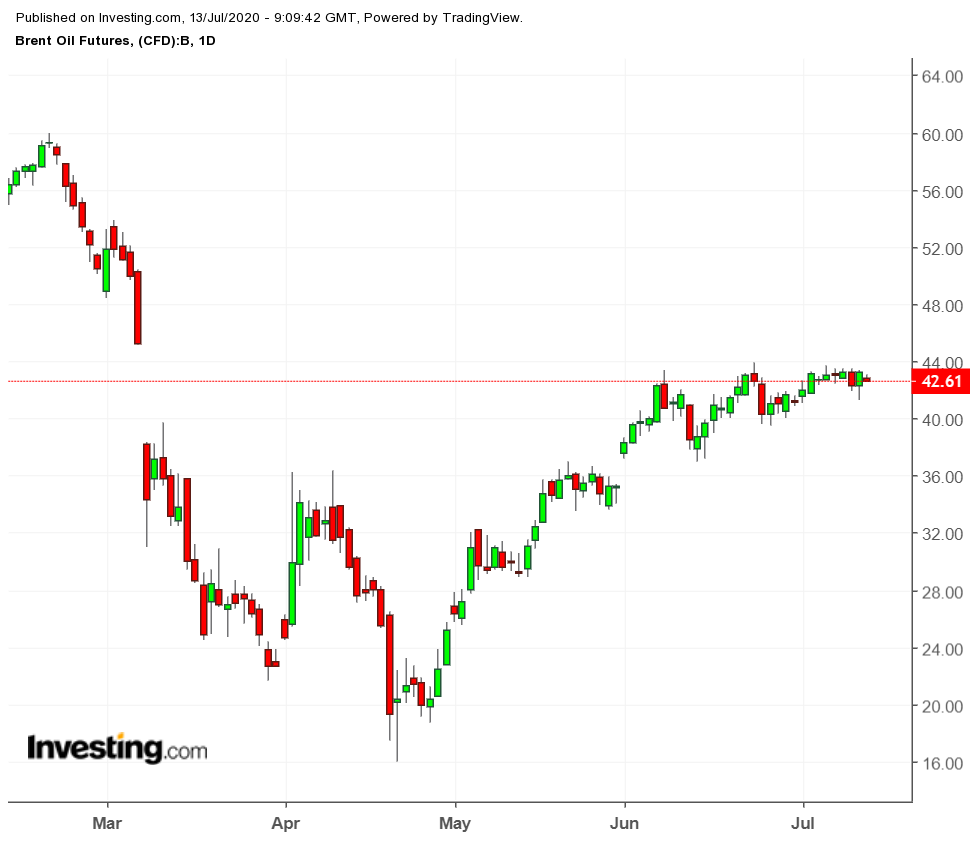 “Much has been made of a possible oil market ‘taper-tantrum’ if production cuts are eased,” Jeffrey Halley, analyst at New York’s OANDA, wrote in a market commentary Monday.

Halley confessed, however, that he was “50/50” on the prospect of the Saudis jacking output at this moment, saying there were “persuasive arguments to be made for either course of action.”

“Expect oil to remain in choppy range trading until the JMMC’s recommendations are made public,” he added, referring to OPEC’s Joint Ministerial Monitoring Committee.

For the record, the International Energy Agency is forecasting more oil consumption that could help the case for rebalancing. The was one reason for last week’s higher oil prices, raising its demand forecast by 400,000 barrels per day to 92.1 million bpd, after citing a smaller-than-expected second-quarter decline in consumption.

The IEA’s outlook on oil has typically been dour over the past few years, putting it at odds with the Saudi-dominated OPEC—which is determined to keep crude prices supported under any condition. Some are startled that the agency would predict a positive number for oil demand now as the world remains gripped by the fear of more economic fallout from a new wave of COVID-19.

Goldman Sachs said in a note that while slower growth in U.S. shale oil production led to more bullish macro implications for oil and gas, “demand concerns are rising for both commodities.”

“This is part due to rising US COVID-19 cases, short-term and longer-term concerns on the future of refining and oil demand.”

A cases in the United States have tempered expectations for a fast recovery in fuel consumption, even as vaccine development works make progress.

Record high U.S. infection numbers per day have cast doubts over the pace of economic reopenings from lockdowns, as well as the resumption of school in the fall season. COVID-19 deaths in the United States have started to slowly rise too, following the surge in new caseloads from the middle of June. The spike in fatalities has been seen in the two most populous states, California and Texas.

And while infectious disease specialists are hopeful that the number of deaths won’t grow to match the carnage New York State endured back in April, where the death toll peaked at around 1,000 per day, it’s unclear how quickly deaths may rise in the worst affected states in the coming weeks.

In precious metals, is hovering at just above $1,800 an ounce, en route to a widely-expected strike at all-time highs above $1,900 in the not-too-distant future.

Since the financial crisis, the movement of gold prices has been a near-mirror image of movements in the yield on Treasury inflation-protected securities, which last week touched a seven-year low of minus 0.78%. The Wall Street Journal noted on Friday that the ratio between the two assets’ price moves has varied, but the relationship hasn’t broken meaningfully during the past decade.

Some like ABN AMRO analyst Georgette Boele are already looking beyond $1,900 for gold, seeing prices for 2021 around $2,000 an ounce.

“The COVID-19 narrative is not going away and (we) don’t think the U.S. Federal Reserve is going to change course on the rates anytime soon, which should support gold prices,” said Stephen Innes, chief market strategist at financial services firm AxiCorp.