Commodities Week Ahead: Oil Set For A Dip; Gold Clings On To Rate Cut Hopes

China’s slowest expansion for a quarter since 1992 is expected to add to global economic concerns and weigh on oil prices this week.

A sharply reduced storm damage threat in the U.S. Gulf of Mexico could also turn out to be negative for crude prices, with traders paring some of the premiums built into the market from last week, though crude stock balances on their own might be lower from shut-in production.

With gold, at end-July could add to the yellow metal’s zing, driving it further up the $1,400 territory.

China reported on Monday a gross domestic product growth of in the April-June quarter from a year earlier, the slowest pace of GDP expansion since the first quarter of 1992.

Analysts said Beijing could step up support measures that could be positive for oil demand, but the room for aggressive stimulus is limited by fears of adding to already high debt levels and structural risks.

Hurricane Barry, which featured prominently in last week’s oil rally by shutting down more than half of production as well as some refining facilities in the U.S. Gulf Coast of Mexico as precaution, made landfall in Louisiana on Saturday.

But Barry weakened soon after, to a tropical storm. The storm could still bring “dangerous, life-threatening flooding” with more than 20 inches of rainfall in Louisiana and Mississippi, authorities warned. However, the threat of damage to refining capacity on the Gulf Coast seems contained for now.

Lower Hurricane Threat Could Be Mixed For Oil

It’s hard to say what impact the tropical storm could have on oil: While 1.4 million barrels per day of production was shut-in as precaution on Friday, some crude produced days before the storm and meant to be refined was also idled.

The reduced refining activity could raise U.S. crude stockpile balances on the Gulf Coast in the short-term, making it hard to match the previous week’s drawdown of 9.5 million barrels across the country. 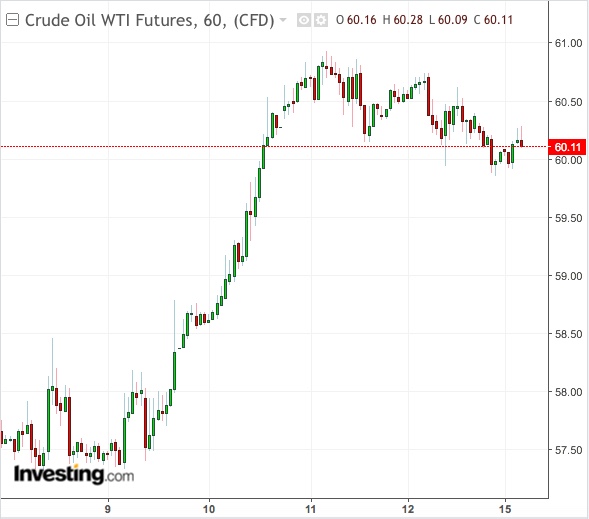 In that case, crude prices could fundamentally see a net loss and at least stay flat in the near-term, to balance out some of last week’s 5% rally in crude and 4% gains in . But prices of gasoline and other fuel products could rise.

Oil had some of its best supportive factors last week: a storm that was feared to have huge impact on U.S. oil production; Iran’s tit-for-tat attempts to seize a British tanker; an unexpectedly large drawdown in ; OPEC mulling indefinite output cuts as U.S. shale becomes a permanent threat and Federal Reserve Chair Jerome Powell making his strongest case yet for a rate cut.

Yet, just as the week was drawing to a close, the International Energy Agency—the perma-nemesis of oil bulls—was ready with the proverbial bucket of cold water to douse any heated rally oil may fetch.

The IEA’s “main message”: the world had lived through a supply surplus of nearly 1 million barrels per day in the first six months of 2019 despite aggressive OPEC cuts, and the market is setting itself up for a second half glut too as U.S. shale supply is not expected to let up.

It could be a better week ahead for , though.

Gold longs share Powell’s feeling for a rate cut more than many may think. After a knee-jerk drop, early on Friday, following a stronger-than-expected reading for , both bullion and futures of gold advanced on bets for a Fed easing in the next three weeks. 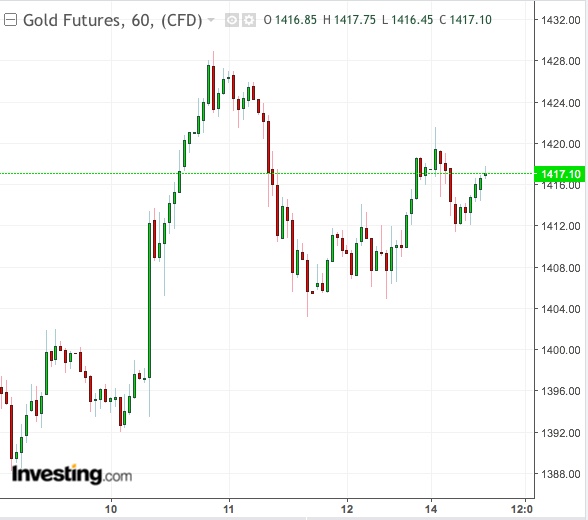 Gold prices moved forcefully into $1,400 territory on Wednesday after Powell’s remarks on business and economic conditions in his testimony to Congress raised gold bulls’ conviction that a rate cut of at least 25 basis points was almost a certainty at the forthcoming July 30-31 Fed meeting.

Gold prices, which benefit from decreasing interest rates that lower the opportunity cost of holding non-yielding bullion, have seen a bumpy ride this week as to policy easing sent the precious metal soaring 1.15%.

Although these stronger-than-expected inflation readings are not likely to be considered a game changer for the Fed, they do call into question Powell’s concerns that weak inflation could be more persistent than originally expected.

Powell has been under tremendous pressure from U.S. President Donald Trump to authorize a rate cut soon, with the president indicating he will even fire him if he doesn’t. The Fed chief has maintained that he will only do what is right – and not be politically cowed or resign, even if Trump demands he does.