Oil will be caught in a tug of war this week between a potential second wave of COVID-19 and an anticipated pick-up in fuel demand in economies that are trying to fully reopen from the lockdowns forced by the pandemic.

at above $42 a barrel and just under $40 could be considered expensive, if one considers the recovery in fuel demand over the past eight weeks to be fledgling at best. Brent is also up 170% from the lows of April. WTI has, meanwhile, rallied an eye-watering 300% in the same time, despite hitting record highs at just under 540 million barrels. 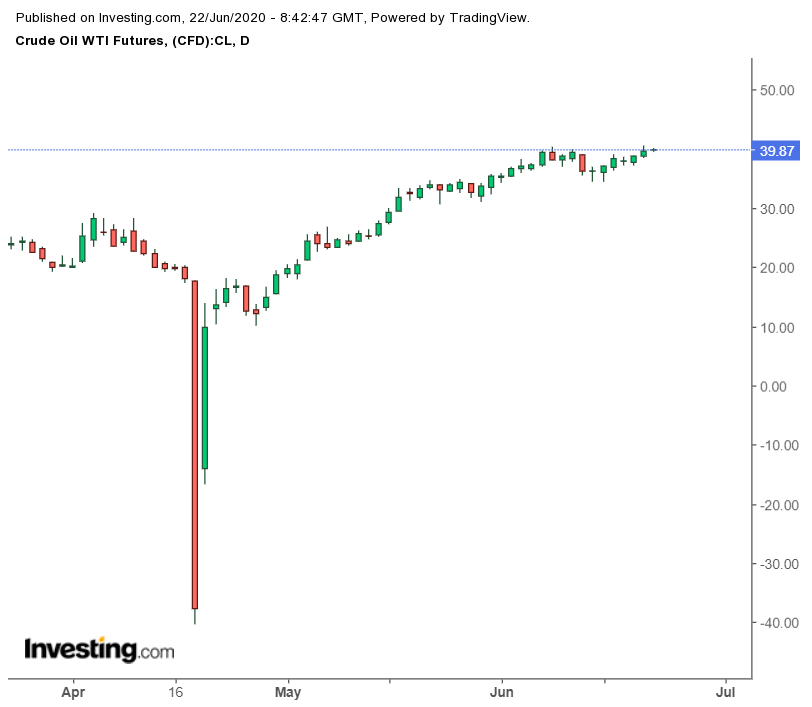 There is, of course, a flip-side to that view where oil would be considered fairly cheap. That theory is supported by the estimate from Vitol, the world’s largest independent oil trader, which said last week that global use of oil was rising by 1.4 million barrels a day every week in June, taking this month’s growth to more than 5.5 million barrels.

Trafigura, another prominent name in crude trading, said oil demand was back to 90% of normal levels and it expected prices to be range-bound at around $40 per barrel. 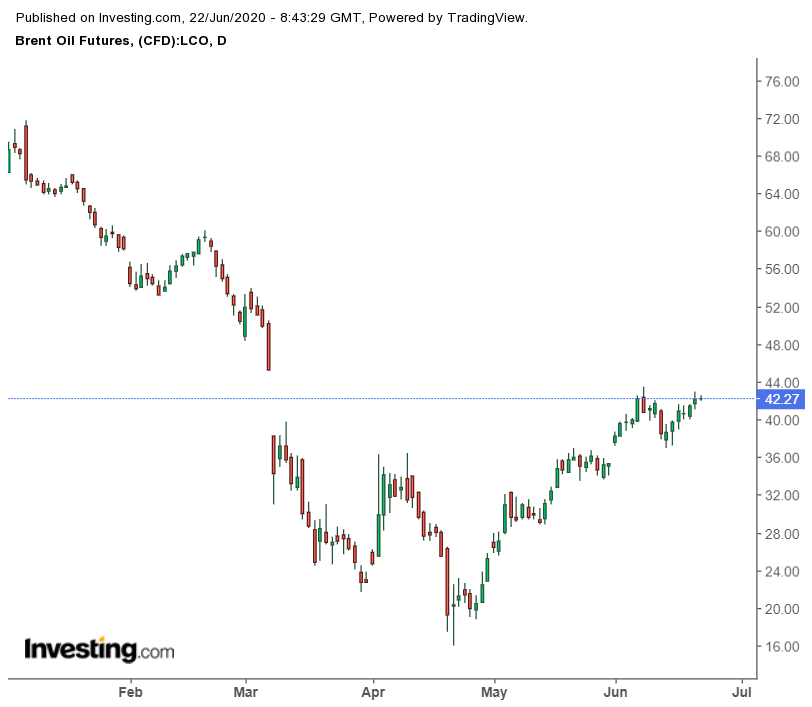 Fears Of A Second Wave Growing

But such convictions may not fly in the face of growing fears that there could be a second wave of the pandemic.

This comes as more than 2.1 million Americans have been infected by the coronavirus and the death toll breaches 116,000. At least 22 states are reporting a rise in cases as they continue to reopen their economies. In Arizona, infections shot up 54% in one week.

White House Trade Adviser Peter Navarro said Sunday that the Trump administration was preparing for a possible second COVID-19 wave this fall. 29 states and US territories logged an increase in their seven-day average of new reported case numbers after many lifted restrictions in recent weeks.

Treasury Secretary Steven Mnuchin has, meanwhile, said the United States cannot shut down its economy again, regardless of the impact of the COVID-19. President Donald Trump said Saturday he was encouraging coronavirus response workers to slow down testing, arguing that increased tests lead to more cases being discovered.

Globally, South Korea and China are battling stubborn new outbreaks, and the Australian state of Victoria has extended control protocols for another four weeks. New Zealand is also facing an uptick in cases arriving at its isolation facilities, as Kiwis return home from abroad.

“The kinds of severe economic shocks we’re going to experience are far beyond the Band-Aid prescriptions, the trillion here, the trillion there, of liquidity infused into the market.”

“We either stop this epidemic or we have economic collapse.”

“Although oil continues to impress with its resilience, it will be vulnerable to downside corrections if negative COVID-19 headlines hit the wires.”

Brent’s next technical target is $43.40, and above that, it should attempt to close the chart gap from early March, and rally to $45, Halley said.

WTI meanwhile, has traced out a double top at $40.40 a barrel, which will probably provide some tough resistance initially. After that, its technical target is in the $44 region, followed by also $45, its 200-day moving average, he said.

Goldman Sachs said longer-term recovery in crude might depend, ironically, on bringing back the same US shale oil production that has been shut down on a mass-scale over the past few weeks.

“The next leg of oil price recovery (>$51/bbl WTI in 2021, above consensus/strip) (is) more medium term — we believe the shale machine will need to be restarted in 2021, in part driven by an underappreciated inflection to meaningfully lower non-OPEC, ex-shale oil supply contribution from long lead-time projects in 2021+.”

hit 5-week highs on Monday, decisively crossing the $1,775 per ounce mark, after investors piled in to potentially hedge against a second wave of coronavirus infections. 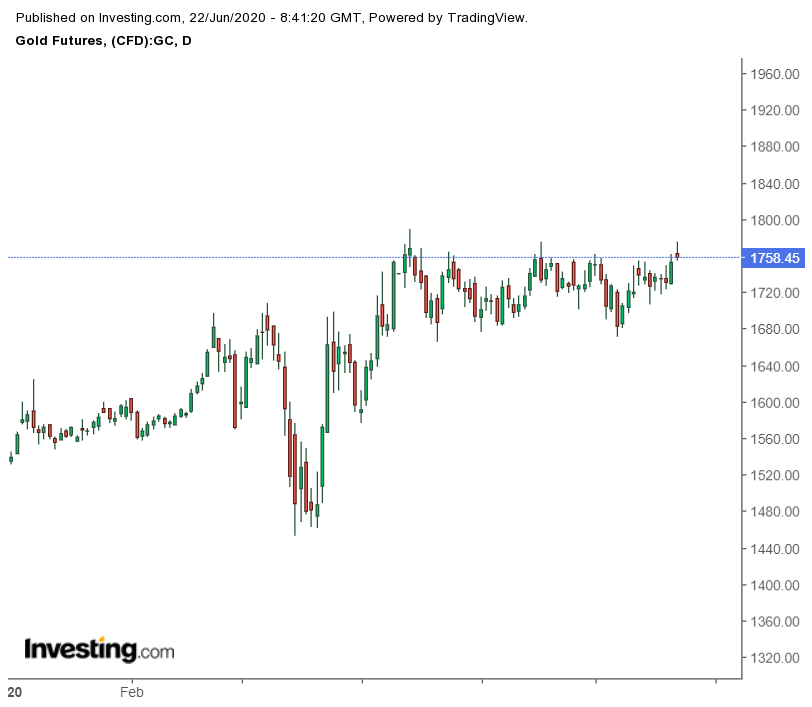 Analysts at TD Securities agreed with that view:

“Continued growth normalization should be welcomed by gold bugs, as a reversal in safe-haven flows should be offset by investment demand, with real rates significantly suppressed.”