Gold, meanwhile, might not stray far from the $1,500 level on support lent by the U.K.’s initial determination to leave the European Union by Oct. 31. This is despite Johnson later asking the bloc for a three-month extension following Saturday’s parliamentary defeat of his exit plan.

Johnson will attempt another vote in parliament on Monday. A so-called hard Brexit—meaning leaving without a deal—could have severe repercussions for global risk markets, including oil, which has been struggling over the past month to break clear of the $55 per barrel cap on and $60 on global benchmark .

Brexit Limbo Could Cause Risk Assets Across The Board To Gap

Fiona Cincotta, analyst at forex.com, warned in a note that “risk assets across the board may gap” with another crushing defeat for Britain’s divorce plan.

The other Achilles heel for oil has been disappointing economic data points emerging from China.

in the world’s second-largest economy slipped to 6% in the three months ending in September, down from the previous quarter’s 6.2%, data showed on Friday. It was the weakest level since China started reporting data by quarters in 1993.

Dominick Chirichella, director of risk and trading at the Energy Management Institute in New York, said: 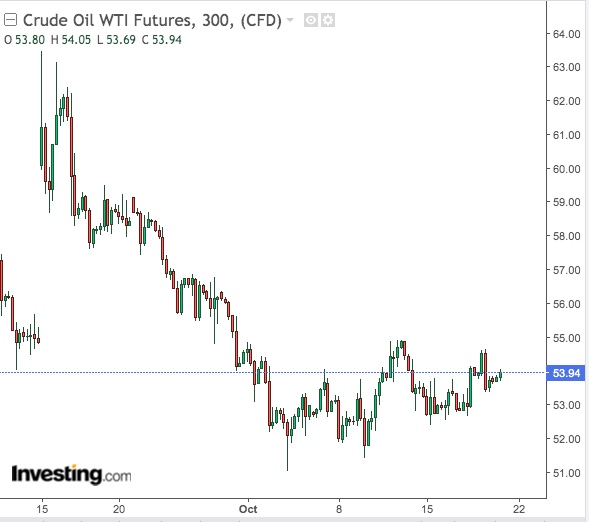 Oil has been locked in a $5 range either way in the aftermath of the Sept. 14 attack on Saudi Arabia’s oil facilities.

On Sunday, Russia added to the already feeble risk appetite in oil by admitting it produced more crude in September than envisaged by its deal with OPEC, its price-support ally of the past three years.

Russia’s Games With OPEC+ Also Weighing On The Market

Russia, OPEC and other oil producers, in an alliance known as OPEC+, agreed in December to reduce supply by 1.2 million barrels per day (bpd) from the start of this year. Moscow said at the weekend it breached its OPEC+ production quota last month after an increase in gas condensates output, as it prepared for winter.

While several members of OPEC have spoken out in the past of Russia’s selective practice in the enforcement of its OPEC commitment, the cartel’s kingpin Saudi Arabia has refrained from openly criticising Russia on this due to the sensitivity of Moscow’s role as a non-member ally.

Some analysts argued that element further emboldened Russia in acting as it pleased with OPEC, to the dismay of others in the 14-member group.

Adding to the weight on oil is an attempt by Kuwait and Saudi Arabia to restart oil production from jointly-operated fields in the 500,000 bpd Neutral Zone.

Analysts, however, weren’t as excited about the prospects of the two Gulf giants adding more oil to a market struggling once again from the perception of oversupply.

“Those extra barrels will come to market at a most unwelcome time.”

Gold posted a weekly gain in Friday’s market but safe-haven investors and those traditionally long the yellow metal largely sat out, letting prices dip, with few leads to chase ahead of the Brexit vote.

The commodity also dipped on signs fewer central banks around the world might ramp up on another round of monetary easing. 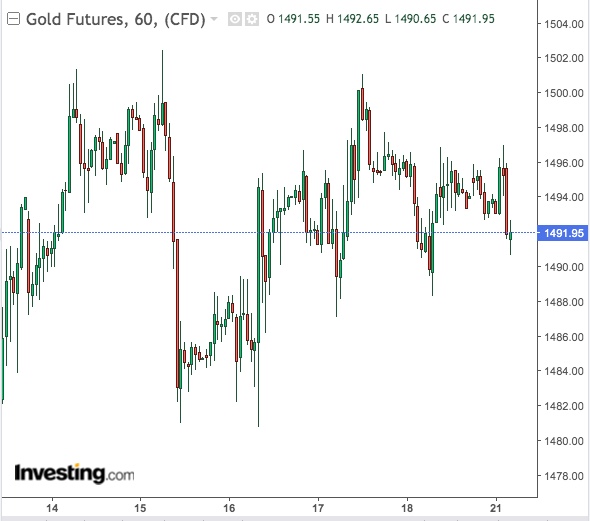 For the week, both and posted a slight gain, although they remained just under the key $1,500 bullish line.