Commodities Week Ahead: Oil, Gold Lift-Off May Depend On Powell And Yellen

A retreating and sent prices to new opening highs for the week, with tagging along for the ride amid easing concerns about the debt crisis at China’s property giant Evergrande (HK:) (OTC:). 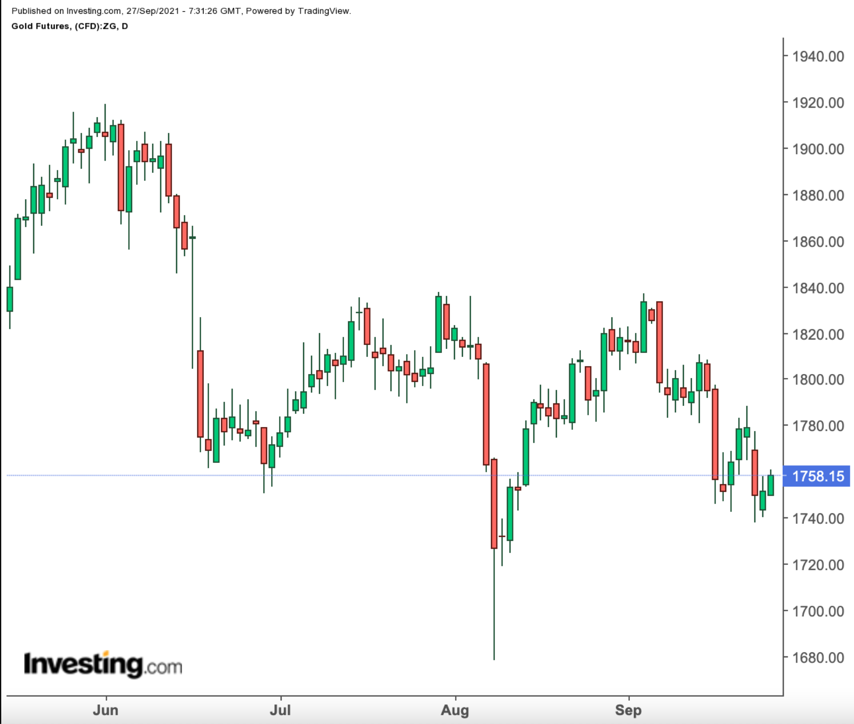 The broad lift-off in commodities may, however, still depend on what the Fed and Treasury say or don’t say about stimulus taper plans, inflation and the US debt ceiling in the next 24 hours. 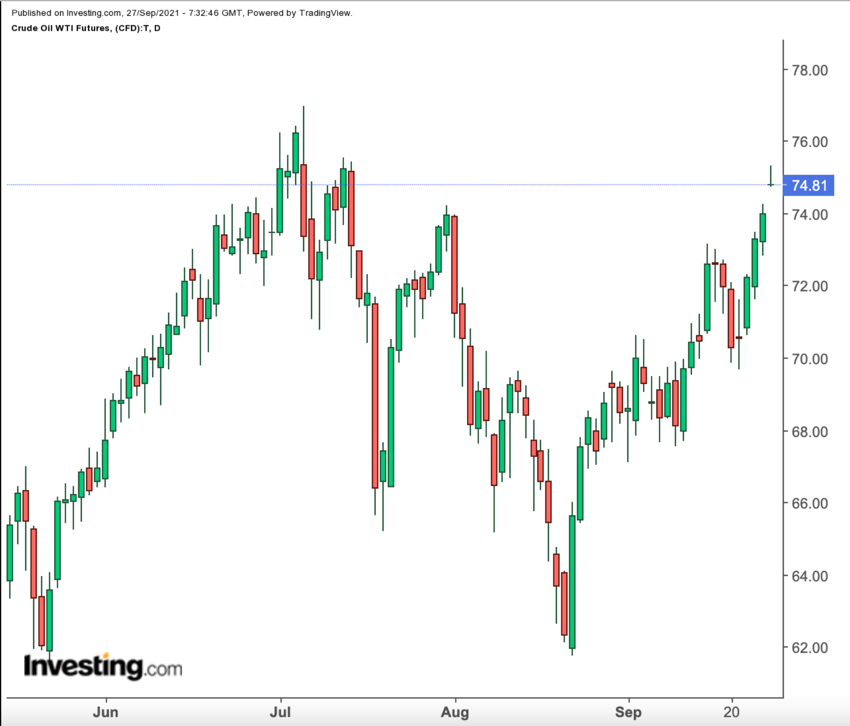 That’s because Federal Reserve Chair and Treasury Secretary Janet Yellen will head to Capitol Hill on Tuesday to give their periodic testimony to the Senate Banking Committee.

At his news last week after the Fed’s September , Powell suggested mid-2022 as an appropriate target for concluding the central bank’s 18-month long asset buying program that has totalled $2.2 trillion.

The Fed’s so-called dot-plot plan also called for interest rates, suppressed at near-zero since the Covid-outbreak, to be raised any time from next year onwards.

Powell’s Senate testimony could, however, force the reexamination of these targets, depending on how pundits, who try to read the tea leaves on the central bank policy, interpret them.

“Maybe (we should) label it Taper Testimony Tuesday?” economist Eamonn Sheridan asked in a post on ForexLive.

As for Yellen, her headache remains getting a realistic read on whether Congress will agree to a new US debt ceiling deal before the Sept. 30 deadline that will shut down the US government and put the country on the path to a potentially devastating debt default.

Oil prices rose for a fifth straight day on Monday amid what had become fashionable to call “supply tightness,” as a partial squeeze on US production from a month-old hurricane led to excessive buying in futures of both crude and natural gas.

Both crude benchmarks are up more than 50% on the year, trading at October 2018 highs.

Jeffrey Halley, who heads Asia Pacific research for online trading platform OANDA, said a dialling down of contagion fears over China’s embattled property group Evergrande “has been an irresistible lure for the buy-the-dippers.”

“Markets are nervous about supply constraints, no more so than Asia, which imports most of its energy needs.”

“That alone should mean that price dips will have plenty of buyers queued up. Despite the Relative Strength Indexes moving close to overbought on both contracts, the fear index and physical demand equation indicated that a $80.00 handle on Brent crude will occur sooner rather than later.”