For 16 months, the trade war theater has played to packed audiences from Washington to New York and Beijing to London.

Adding subplots almost daily, the drama seems to have an infinite capacity for expansion and running time as neither of its two protagonists, who are also writing its script, want to appear rushed in reaching a conclusion. In fact, acting cool seems more important to them at times than achieving a meaningful outcome for their narratives.

The audience, meanwhile, are glued to their seats not because of excitement but because there’s little else happening outside this theater. They could leave in a heartbeat but they won’t. So they stay as willing captives, ensuring perpetuity for the showmasters.

If U.S. President Donald Trump and his Chinese counterpart Xi Jinping are pained at seeing their best efforts of acting for country and people being trivialized into cliched text like this, then they ought to know that the traders and markets held hostage by their actions are just as agonized by the daily twists and turns of the trade war and its attendant uncertainty.

Daily volatility may be great for some but not all, especially those with directional bias. As we begin yet another week of possible cavorting by the to record highs on conjecture over how great the negotiations are going, the tired drone from a broader cross section of the markets, including commodities, seems to be: “are we getting a trade deal or not?” 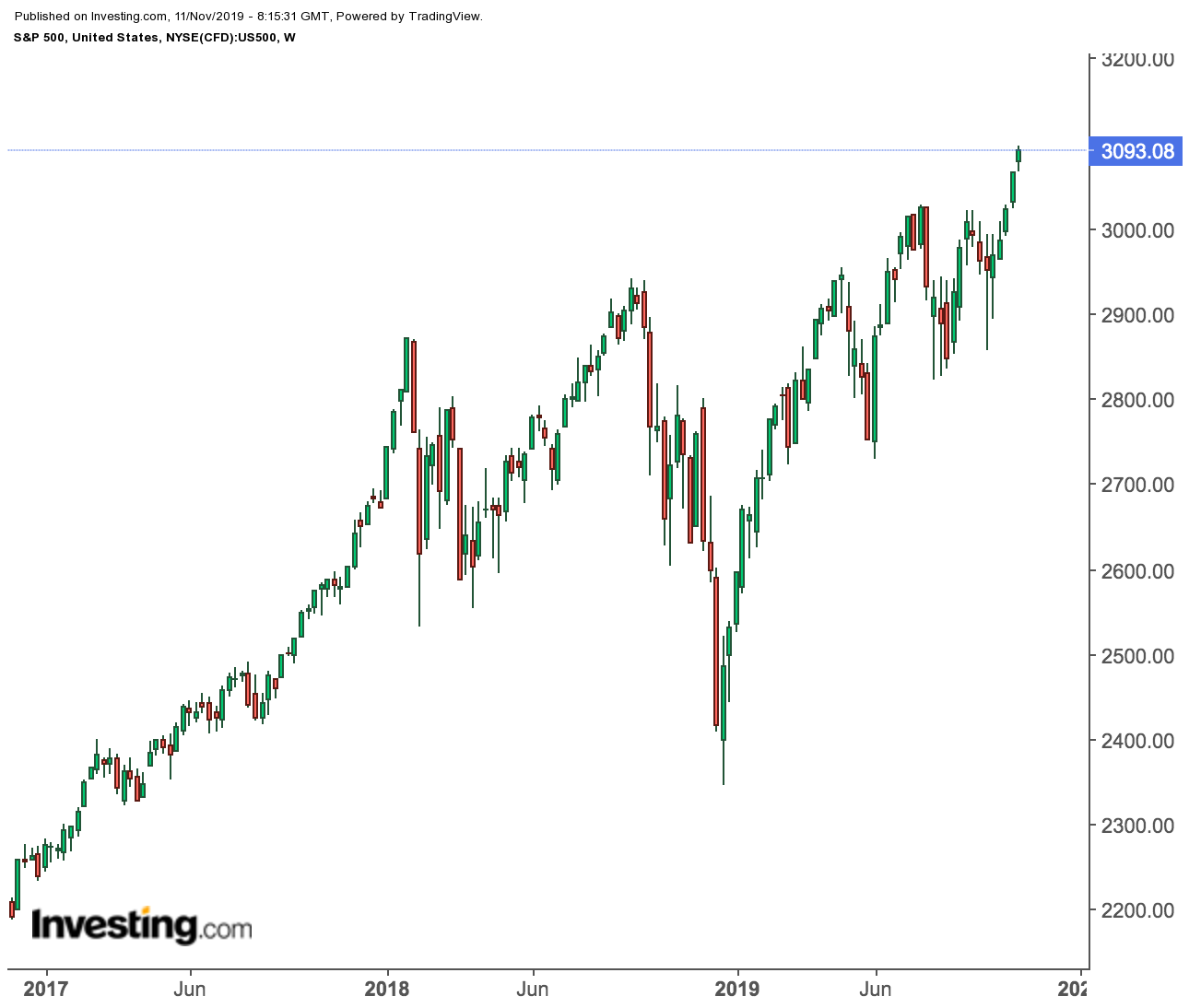 And speaking to us directly on that subject might be none other than Trump himself, who appears at the Economic Club of New York on Tuesday.

The president might lend the markets clarity, if not more ambiguity, on when the “phase one” of the trade deal is likely and what he’s willing to concede to achieve that finality.

Trump on Friday said he had not agreed to rollbacks of U.S. tariffs sought by China, sparking fresh doubts on whether the two sides will actually proceed to a signing.

U.S. West Texas Intermediate and Brent crude both had their largest intraday swings in a month on Friday as the market went from a “yes, we’re rolling back tariffs” to a “no, we’re not” before settling on a “alright, maybe we will.” 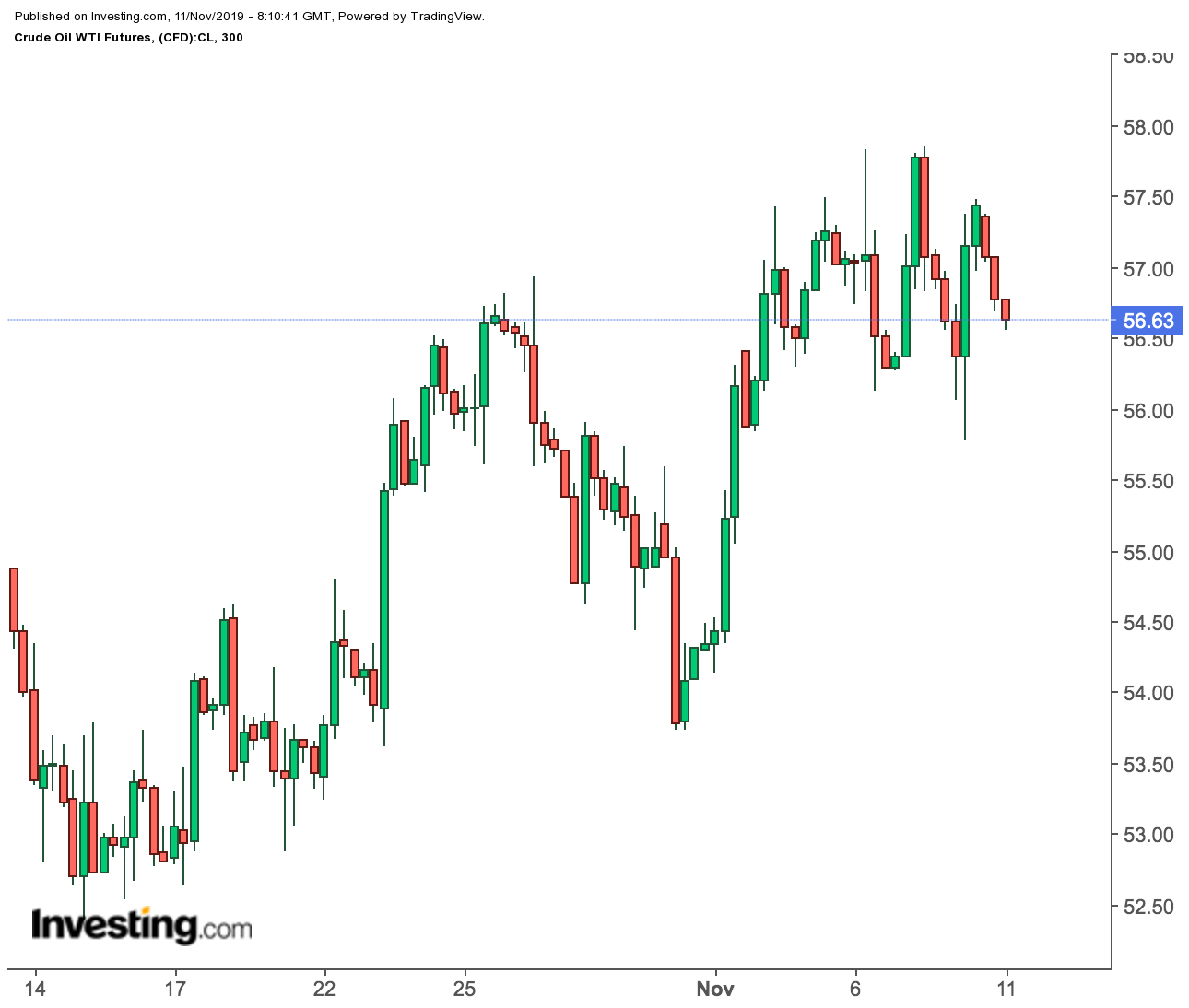 Both crude benchmarks were down by almost 1% in Monday’s early trade in Asia on continued market flux over Trump’s comments from Friday.

Investors in gold will particularly be keen to hear from Fed Chair on the U.S. central bank’s outlook on the economy, inflation and monetary policy when he testifies before the congressional Joint Economic Committee in Washington on Wednesday and the House Budget Committee on Thursday. 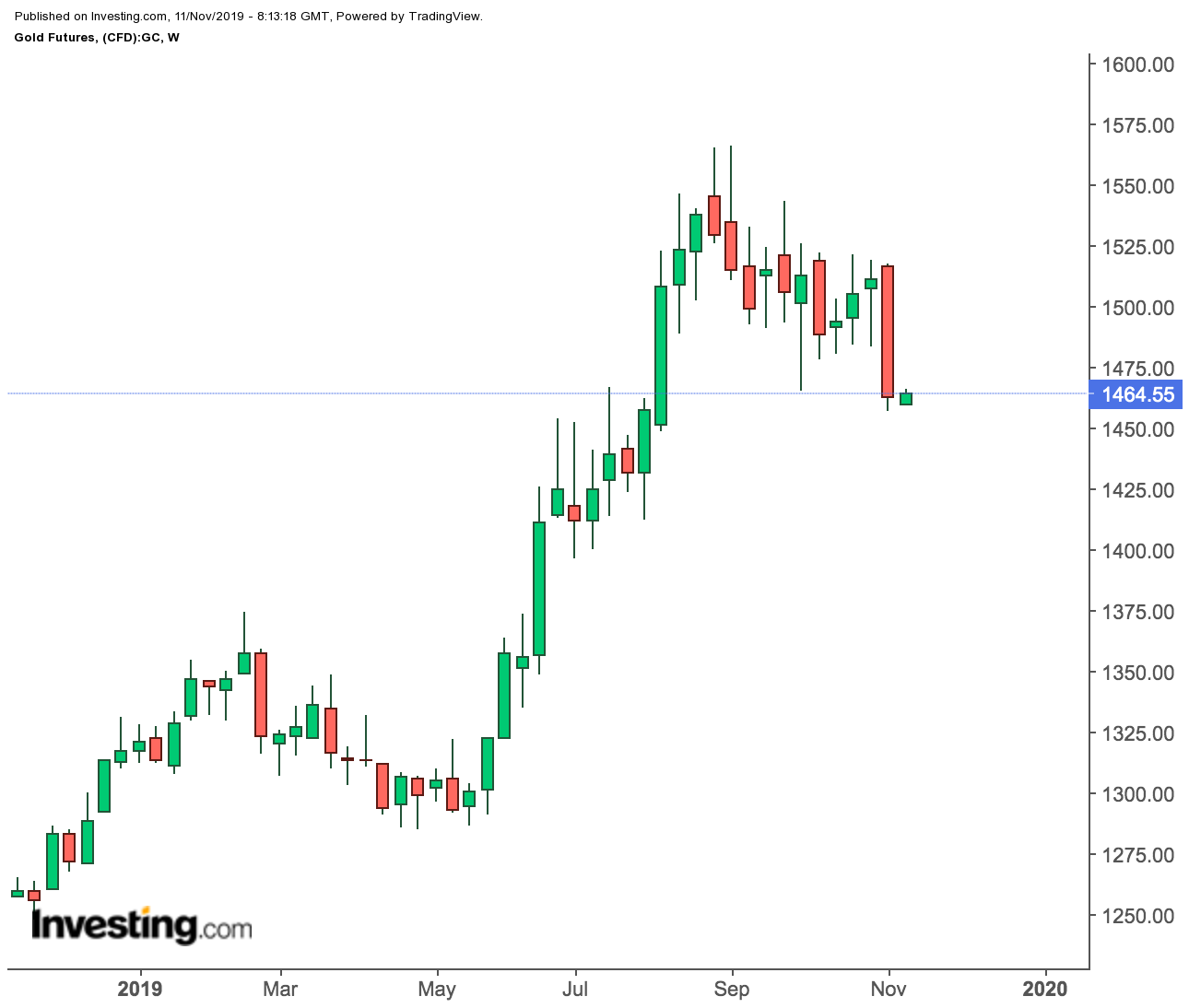 Powell is expected to reiterate that plans for further easing are now on hold after the Fed last month for the third time in as many meetings.

Market watchers will also have the chance to hear from no less than eight other Fed officials who are speaking this week, including New York Fed head , who said on Friday the U.S. economy is in a good place, reiterating his view that the interest rate cuts made this year should appropriately address potential risks to the economy.

A fresh round of U.S. economic data will be closely watched at a time when markets are trying to gauge the impact of the trade conflict on the outlook for growth.

On the data front, Wednesday brings October’s Consumer Price Index. is expected at 2.4% and headline at 1.7%. But the Fed’s favorite measure of core personal consumption expenditures is running around 1.6% – hovering mostly below the 2% target since pre-financial crisis.

In more U.S. data on Friday, October and data will shed light on whether the consumer can continue to drive growth in the face of a struggling manufacturing sector and months of trade tensions.

later on Monday is expected to show that the economy narrowly avoided a recession after a 0.2% contraction in the previous quarter. On Thursday, figures from will show whether the Eurozone’s largest economy slid into a recession in the third quarter. Japan also releases figures on Thursday.