Besides Ayatollah Ali Khamenei’s threat of “full nuclear enrichment” and “harsh revenge” against the United States and Donald Trump’s vow to hit back at 52 Iranian cultural sites of importance, what macro traders in commodities might want to watch is Vladimir Putin’s response to the U.S.-Iran showdown.

Because once you discount the emotions of Iran’s supreme leader and the U.S. president, you have a clearer view of the objectives of Russia’s leader and how the world’s alternate superpower and second largest oil producer will possibly react to the globe’s latest political crisis.

Will Russia Come To Iran’s Aid?

Putin’s reaction will be even more relevant to macro traders if they consider the potential of Russia coming to Iran’s aid to fight the United States. Or the likelihood of Moscow withdrawing from OPEC production cuts — a prospect that could weigh again on crude prices and test the budget of Saudi Arabia, the Middle East’s largest oil producer and a top U.S. ally.

“Moscow, not surprisingly, has reacted negatively to Washington’s announcement that Iranian Quds Brigade Commander, General Qasem Soleimani, was killed in Baghdad in a U.S. drone attack,” Mark Katz, a professor of government and politics at the George Mason University Schar School of Policy and Government, wrote in a commentary on the Atlantic Council.

“But while Moscow has been vociferous in criticizing the Trump administration for killing Soleimani, so far it has been remarkably silent in saying what Russia will do about it,” Katz said. Yet, he agreed with a Moscow Times opinion piece that “it will not come as a surprise if Russia decides to make a step beyond mere diplomatic support to protect her interests in the Middle East, including militarily assisting Iran.”

Any Russian involvement could heighten and lengthen the U.S.-Iran conflict, further boosting prices of , which has already hit $70 per barrel, and , which hovers at $1,580 per ounce. 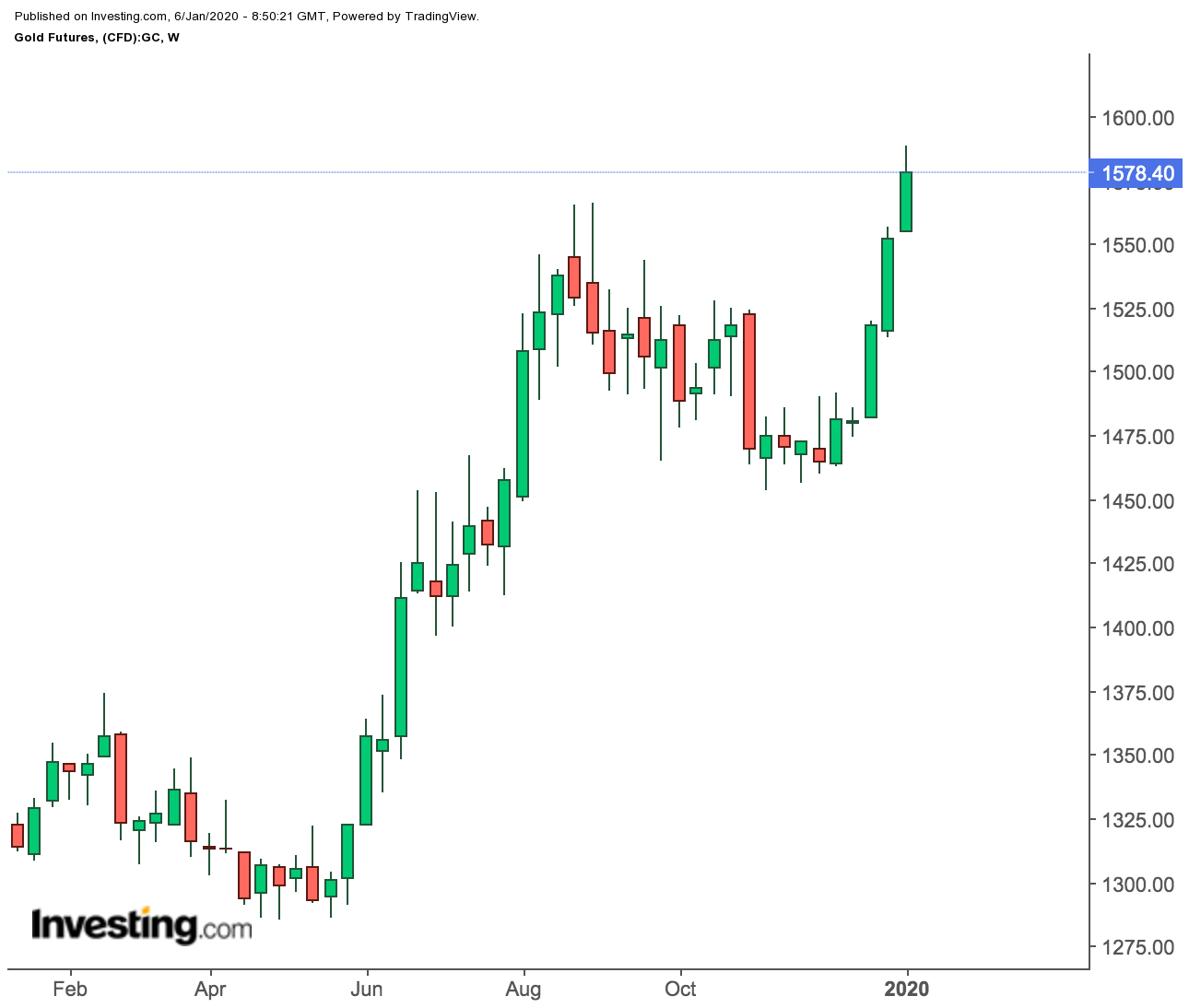 Forbes oil and gas analyst Gaurav Sharma, meanwhile, raised the question of how long it would be before Russia exits from the production cuts pact it shares with the Saudi-led Organization of the Petroleum Exporting Countries under the OPEC+ alliance. 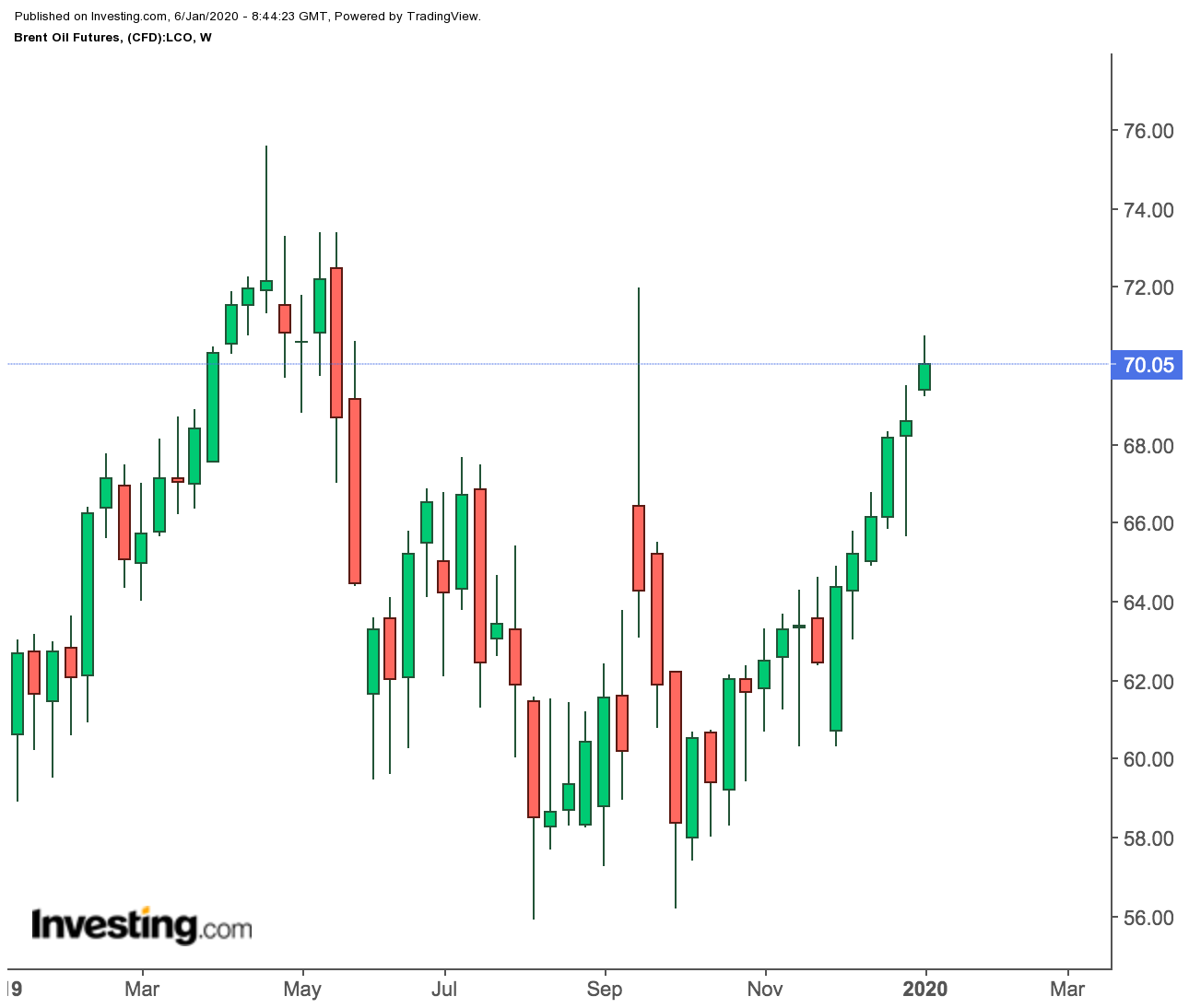 How Long Will Russia Stay In OPEC+?

Interestingly, Russia, which renewed its commitment to the OPEC+ pact late last year on grounds of wanting to avoid “oil market turbulence in 2020,” was wondering soon after on when it could leave the pact.

“Oil production cuts can’t be eternal; we will gradually need to make a decision on exiting,” Russian Energy Minister Alexander Novak said in an interview with state television channel Rossiya24 on Dec. 27 — exactly three weeks after he sat beaming beside his Saudi counterpart Abdulaziz bin Salman at the announcement of new OPEC+ cuts in Vienna.

As Sharma explains, the issue is as vexing for Novak as it is perhaps for every single one of his OPEC+ counterparts. “Where do their priorities lie – defending the price (of oil) or their market share?” asked the Forbes analyst, who pointed out that OPEC+’s price supportive actions also benefited U.S. shale players “who gain advantage…but (can) continue pumping without restraint.”

Anyone who saw the crude exports number in the weekly oil data released on Friday by the U.S. Energy Information Administration will forgive Novak for his anxiety.

The 4.5 million-bpd shipment figure cited by the EIA for the week ended Dec. 27 was the highest ever since the United States resumed crude exports in 2016. Until then, U.S. crude shipments had remained under 4 million bpd each week.

Aside from record crude exports in 2019, weekly U.S. oil production also hit an all-time high of 12.9 million bpd. Even so, shale output — which accounts for more than half of all U.S. oil production — was somewhat restrained last year. U.S. drillers as a whole cut the number of in the country to 677 last year — a drop of 208 rigs or 24% from 2018 levels.

Yet, as Sharma points out, without contributing a single barrel to OPEC+ cuts, the United States has grown its oil exports amid the price boost from the alliance’s efforts that lifted U.S. crude from lows of around $26 per barrel in 2016 to nearly $65 now. 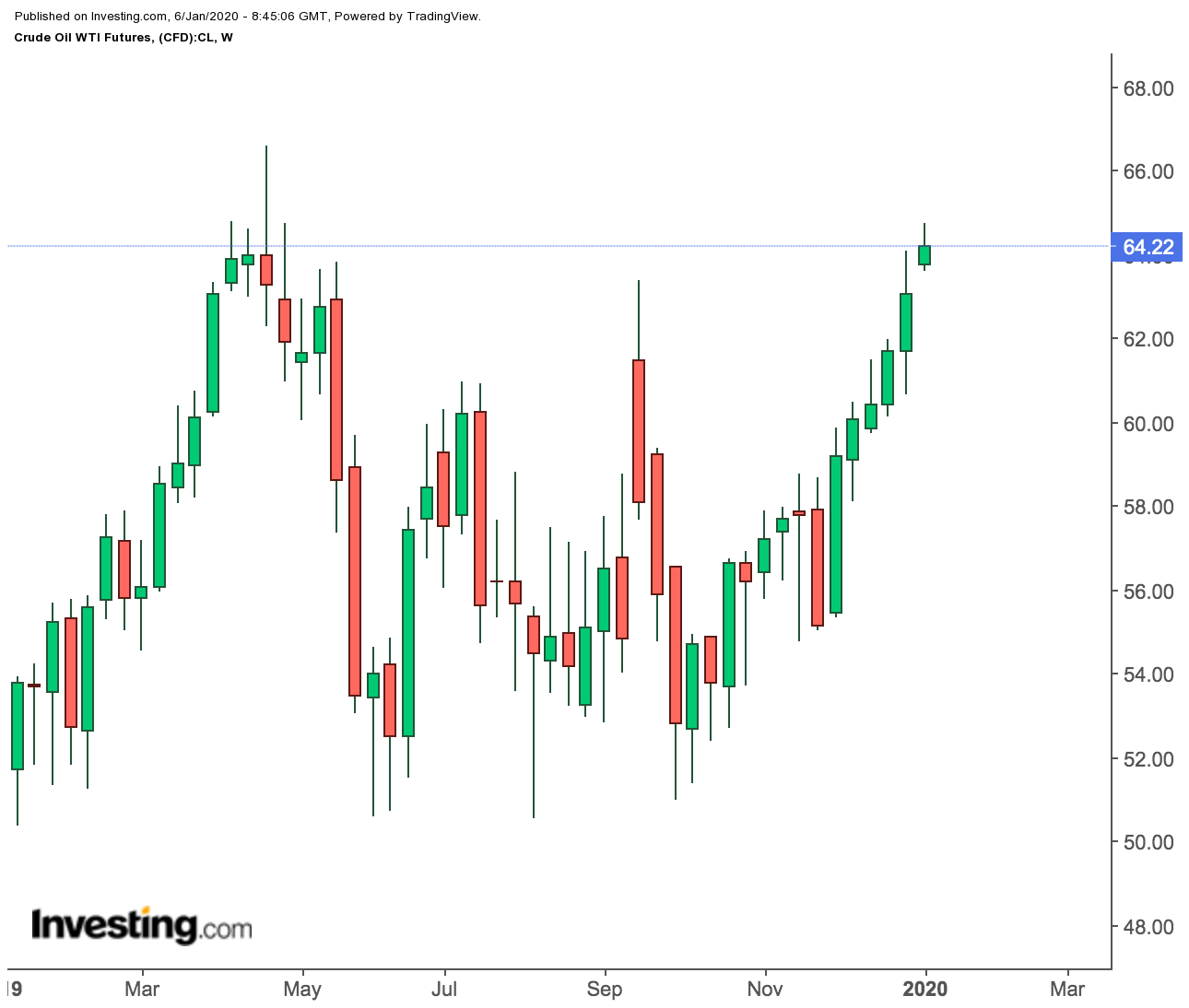 Notwithstanding the geopolitical tensions from the U.S.-Iran crisis, Russia’s exit from OPEC+ could easily take $5 off a barrel of both WTI and Brent, the global oil benchmark.

Why? Because Russia’s departure will force Saudi Arabia to carry out even more cuts to enforce the 2.1 million bpd reduction to its full effect. Given that the Russians might also be producing at full gusto like the Americans, it’s not known if Riyadh has the ability, or even the will, to make more cuts and not abandon the pact altogether.

According to Bloomberg, Russia produced 11.244 million bpd on average in November, despite promising to keep its quota at or below 11.191 million bpd. Russia’s production trend continued in December, as it pumped north of 11.252 million bpd, some 62,000 bpd above target.

“What Russia actually is doing is imparting market credibility and lending its weight to the cuts agreement by going along for the ride, at least on paper, if not in terms of physical barrels, and even agreeing to deepen its cuts as it did earlier this month, albeit with a loophole of excluding condensates,” said Sharma.

OPEC+ meets again in Vienna between March 4-6 and Moscow could make its decision then.

Novak said in the Rossiya24 interview that Moscow needs to protect its market share and let its oil and gas companies “develop new projects.” But he stopped short of saying when Moscow will withdraw from OPEC+.

Of course, that’s not a decision for him, but rather his boss Putin, to make.

Chart Of The Day: Will Rising Iran ...