Markets begin a new October week with Goldman Sachs warning that it has cut its forecasts for US growth this year and next, blaming a delayed recovery in consumer spending, as prices climbed relentlessly while those of remained anemic despite being an inflation hedge. 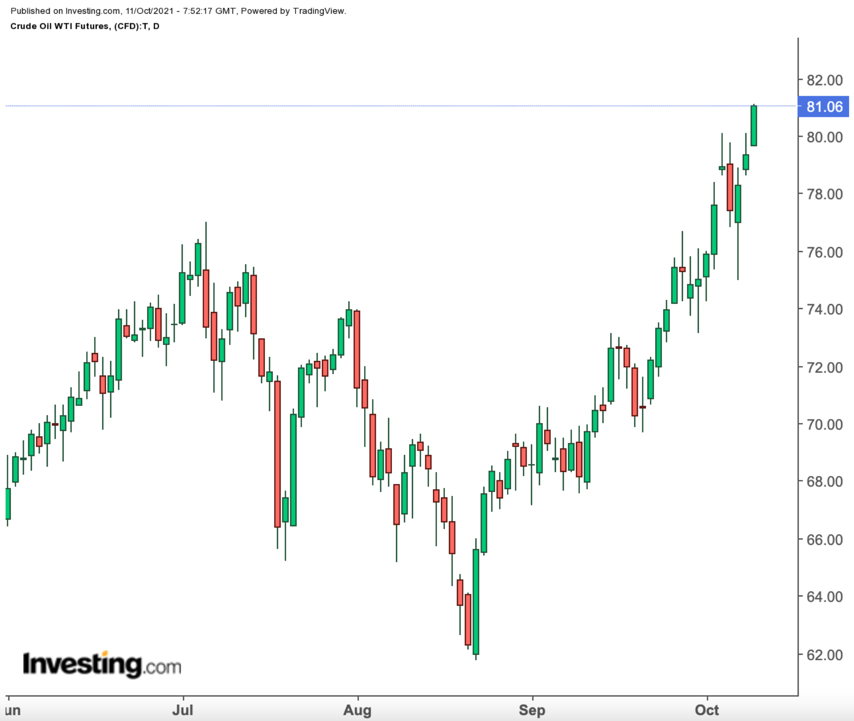 Goldman’s chief economist Jan Hatzius said in a note on Sunday that the Wall Street firm expects US growth at 5.6% this year versus its previous estimate of 5.7%. Officially, the US economy expanded by an annualized 6.7% in the second quarter of 2021.

Hatzius and his team at Goldman cited downward pressure on consumer spending—which was closely-tied to inflation—as reason for the cutback:

That, along with the assumption that semiconductor supply won’t improve until the second half of next year and that inventory restocking will be postponed, “argues for a less front-loaded recovery from here than we had expected,” the Goldman note added.

Second Caution In Weeks About Slowing US Consumer Spending

The Goldman caution came after the University of Michigan said in its closely-followed consumer survey for September that US consumers were inclined to delay purchases whenever possible due to fears of slowing growth and higher inflation. Consumers account for 70% of America’s GDP.

The Labor Department is expected to report on Wednesday that the Consumer Price Index grew in September at about the same pace as August’s monthly increase and the annual gain.

for September, due on Thursday, is expected to decline by 0.2% after a 0.7% bounce in August.

There will also be a reading on producer price inflation, or , for September, scheduled on Thursday.

Oil opened Monday’s trading in Asia up for a fourth day in a row as US crude hit a new seven-year high above $81 per barrel while hovered near $84.

The rally in crude prices has continued despite Russian Deputy Energy Minister Pavel Sorokin cautioning that OPEC+ shouldn’t allow the oil market to overheat, as it would risk destroying demand. Sorokin added that the market is balanced at between $45 and $60 a barrel.

Russian President Vladimir Putin also sought to ease soaring European prices last week by suggesting that Moscow could boost deliveries to record levels. Deputy Prime Minister Alexander Novak suggested that quick certification by the European Union of the controversial Nord Stream 2 pipeline—which would deliver gas across the Baltic Sea directly to Germany, avoiding transit across all countries in-between—would be one way to achieve this.

Russia’s Voice In OPEC+ Needs To Be More ‘Forceful’

Bloomberg oil analyst Julian Lee noted in his column on Sunday that Novak, interestingly, missed making the point on inflation from oil that Sorokin did.

He “should have argued that point more forcefully at Monday’s meeting” of OPEC+, Lee said, referring to Novak—the second most powerful person in the monthly virtual meetings of OPEC+, which bands the 13-member Saudi-led Organization of the Petroleum Exporting Countries with 10 other oil producing nations steered by Russia.

The Fed is to publish its September on Wednesday amid expectations that it will begin tapering monthly bond-buying of $120 billion before the end of this year, an important first step towards eventual rate hikes.

Friday’s weaker-than-expected showed the US economy added just 194,000 jobs last month. That itself did little to alter expectations the Fed could begin to scale back its stimulus by the year’s end.

Jerome Powell, chairman of the central bank, said last month that he only needed to see a “decent” September jobs report to be ready to begin tapering in November.

If the Fed language in the September minutes suggests a more aggressive pullback of the central bank’s stimulus than investors may be ready for, it could have a particularly brutal effect on gold, which has already suffered its sharpest drop in three months (3.4%) in June. 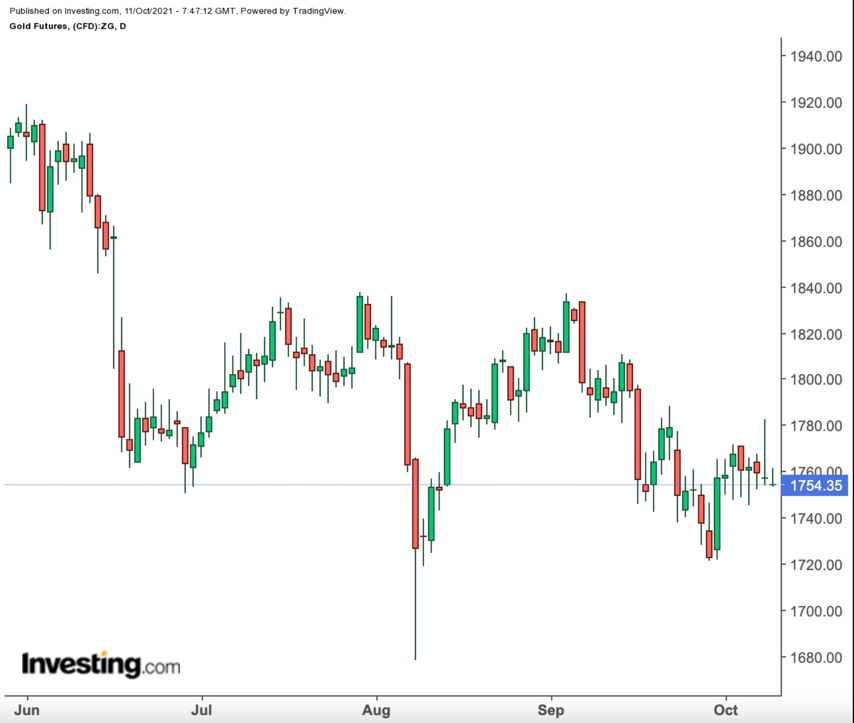 Gold hovered at just under $1,760 in Monday’s Asian trade.

But ABN Amro analysts said they were looking at $1,700 by the year-end and $1,500 at end-2022, if US bond yields and the dollar continue surging at the expense of the yellow metal.

The benchmark yield on the US Treasury note returned to above its high-water mark of 1.6% on Monday while the , which pits the US currency against six other forex majors led by the , was firmly above the key 94 mark.