A super surge in oil tanker insurance rates, weak demand for crude, a delayed OPEC meeting and the increasing likelihood of a Fed rate cut: oil traders just doesn’t know where to look these days.

It’s never been easy, of course, to trade the black stuff. Still, there was always a measure of predictability in this market that let one balance the macro with the micro, and call direction and prices with a certain degree of confidence. Such expectedness is becoming more rare though, when crude struggles to rally a day after tanker attacks in one of the world’s busiest shipping routes for oil. 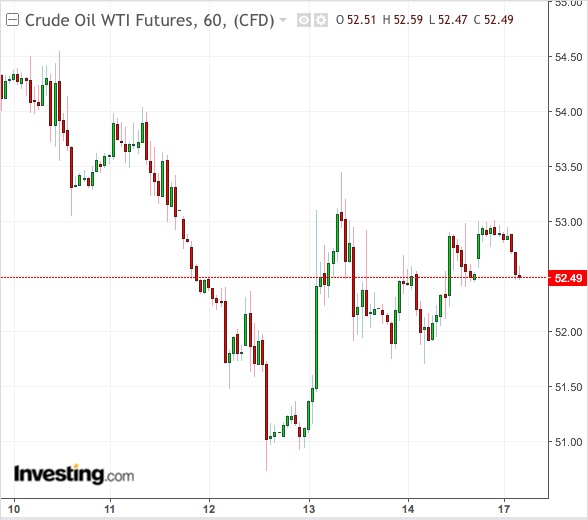 The only thing that’s really spiked since Thursday’s incident in the Gulf of Oman has been insurance rates for oil tankers. S&P Global Platts reports that underwriters for oil shipments are seeking up to 0.4% of the cargo’s worth now, versus the previous max of 0.02%. How much of that will get factored into crude prices is yet to be known. In Asian trading on Monday, both and were up just slightly.

For market-neutral types seeking guidance on crude positioning this week, most ambiguous is perhaps Saudi Energy Minister Khalid al-Falih’s admission at the weekend that the world was indeed saturated with oil, even as he voiced concerns about supply disruptions and acts of terrorism.

“I’m confident that at the end of the day, the international community will come together and do the right thing, and security of supply will continue.”

A World Of Plentiful Oil?

As OPEC’s de facto head, Falih’s words are most important to oil bulls who constantly count on him for price support. While acknowledging the real supply situation in oil justifies his call for extending OPEC production cuts, any time he uses words such as “plentiful” and “secure” to describe the market, it cannot be too good for oil prices.

Adding to the wary mood of some traders, Falih also acknowledged speculation that had been on for weeks that OPEC’s mid-year meeting would now be held in July and not June 25 as scheduled because Russia—Riyadh’s top ally that does not sit in the cartel—wants it so. The longer OPEC delays having that meeting, the more doubt there will be that it has enough support from its members and allies to extend cuts critical to offset some of that plentiful oil supply Falih spoke about.

Weighing in on the global supply situation was Fatih Birol, head of the Paris-based International Energy Agency. Speaking on the sidelines of the G20 meeting also attended by Falih, Birol said the IEA stands ready to respond if oil supplies are disrupted.

Birol’s job is to look after the interests of Western oil consuming nations. It’s a role that puts him on the opposite side of OPEC—explaining why the IEA often sounds like an oil bear itself.

Under the IEA’s charter, each member country has an obligation to hold emergency oil stocks equivalent to at least 90 days of net oil imports. In case of a severe oil supply disruption, IEA members may decide to release these stocks to the market as part of a collective action. The U.S. is the best working example of this initiative with its Strategic Petroleum Reserve.

The IEA just issued a less-than-stellar outlook for global oil demand on Friday. If the agency is keen to balance out any further disruption in supply, then chances of a protracted oil rally may be limited, regardless of freight insurance rates.

The one commodity with a clearer fundamental outlook now might be gold, which looks quite certain of taking on the $1,400 upside test this week amid expectations of a . 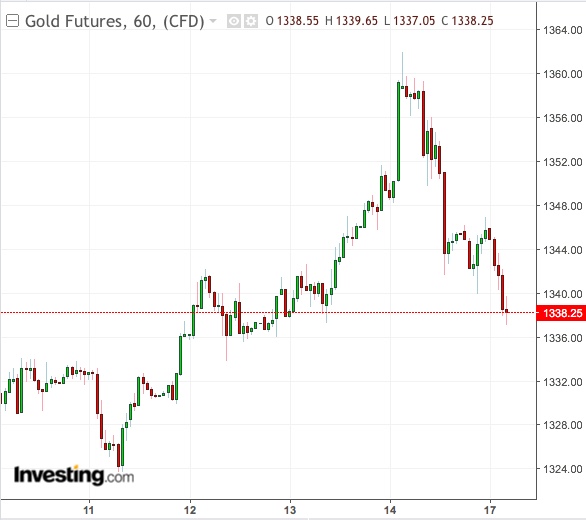 Both , which is reflective of trades in bullion, and smashed the $1,350 resistance levels last week. Bullion even hit 14-month highs.

A monetary easing by the Fed will sharply pressure the and boost alternatives like gold.

CNBC reported on Friday that the central bank is expected to remove the word “patient” from its on Wednesday, signaling its readiness for a rate cut to sustain economic growth amid the stifling U.S-China trade war.