China is promising to “fight to the end” if the U.S. escalates tensions in their ongoing trade war as President Trump edges closer to deciding whether to impose tariffs on another $300 billion worth of Chinese goods.

Chinese Foreign Ministry spokesman Geng Shuang said China is willing to negotiate with the U.S. if both sides are willing to come to a fair agreement but said it was “not afraid of fighting a trade war.”

“China does not want to fight a trade war, but we are not afraid of fighting a trade war,” Geng said. “If the U.S. is ready to have equal consultations, our door is wide open. If the United States only wants to escalate trade frictions, we will resolutely respond and fight to the end.” 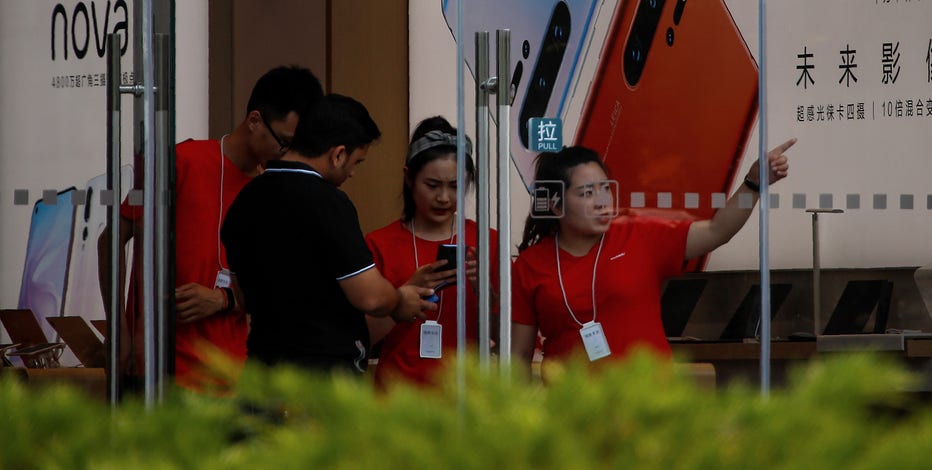 Chinese tech giant Huawei said Tuesday it would have become the world’s number one smartphone maker by year’s end if it were not for “unexpected” circumstances. (AP)

Geng stopped short of confirming whether Chinese President Xi Jinping will meet with Trump when both leaders head to Osaka, Japan for the G-20 summit in late June. He said information about a possible meeting would be released when it was available

“We note that for some time, the U.S. has made multiple public statements that it looks forward to a meeting between the two heads of state during the G-20 Osaka Summit,” Geng told reporters in Beijing. “We will release information on this when we have it.”

Trump has said he would meet with his Chinese counterpart at the summit, while U.S. Treasury Secretary Steven Mnuchin also told reporters over the weekend that any major progress to resolve the trade war will come during the leaders’ meeting.

The president said in an interview with CNBC’s “Squawk Box” on Monday that if Xi doesn’t meet with him at the Osaka summit later this month, more U.S. tariffs on Chinese exports will go into effect. Trump told reporters last week that “a lot of interesting things are happening” during talks with China, but said he could impose tariffs on “at least” another $300 billion worth of goods. He provided no further details on the negotiations.

Washington then raised the stakes by placing Chinese telecom giant Huawei on a blacklist that effectively bars U.S. companies from supplying it with computer chips, software and other components without government approval.

Chinese state media has also warned that Beijing could cut the U.S. off from rare earth minerals that are widely used in electric cars and mobile phones.