Chart Of The Day: Soybeans Set To Surge On China Demand, Hurricane Dorian

The price of is about to jump as China finds itself out of options for sourcing the commodity other than once again importing them from the U.S. despite the trade war. Adding to price pressures, the path of Hurricane Dorian now threatens soy, and cotton fields in Georia and the Carolinas as it heads north.

In retaliation for U.S. tariffs levied on Chinese goods during the first round of trade hostilities in 2018, the Asian nation took its business elsewhere, importing the commodity—a key component of the national diet—from Brazil. However, with the South American supply thinning, China is now forced to resume importing soybeans from the U.S.

The technical chart clearly shows soybeans’ transition from a depressed market into one that’s about to break out. 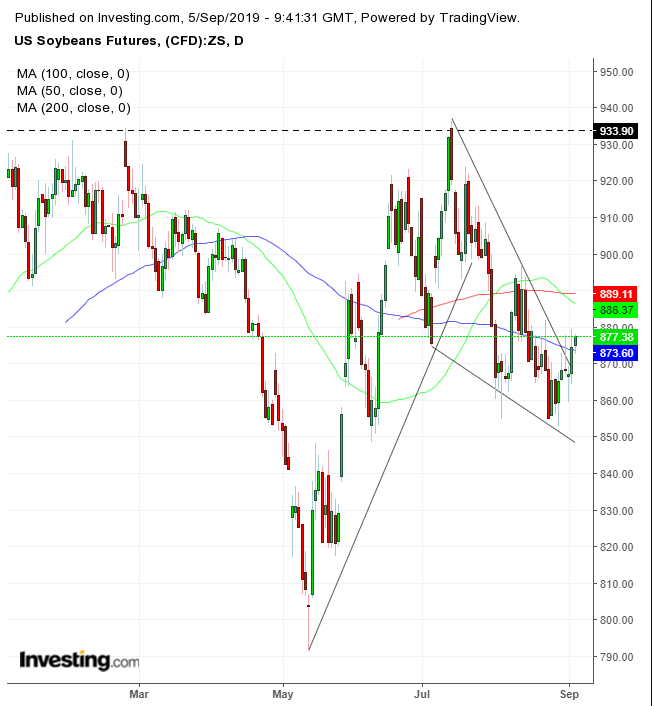 Soybean futures broke to the topside of a falling wedge, bullish after a $130.50, or 16.20% rise in the two months between the low of May 13 and the high of July 15. The pattern dynamics resemble that of another continuation pattern, a flag or pennant.

The downward bias is presumed to be led by profit takers, and the upside breakout suggests that all supply is spent while demand hungers for more, forcing them to increase bids to seek out willing sellers at higher prices. This signals to market participants that the previous sharp rise is about to reoccur.

Moreover, if the upside breakout will take on the July 15 high of $936.38, the price would complete a much larger, much more serious—bottom—pattern. 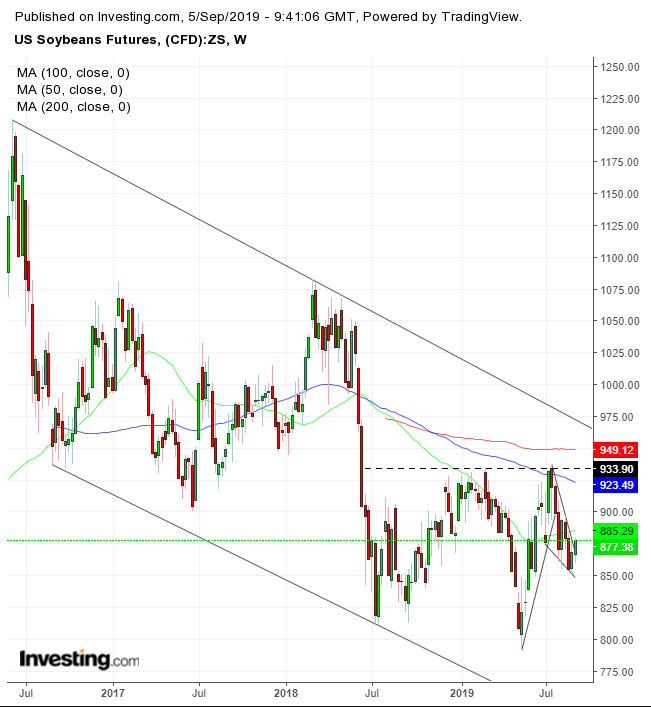 Conservative traders would wait for the long-term bottom to complete before considering a long position.

Moderate traders may enter a long position after the price closes above the 200 DMA at $890 and retests the top of the pattern.

Aggressive traders could enter a long position at will, according to a trading plan that fits their account.

Growing backlash in China against A.I. and ...