Chart Of The Day: Gold Not Out Of The Woods Yet

Thanks to the recent weakness in bond yields and the , has been able to put up a decent fight in the last month or so as prices tested some key long-term technical levels. While the technical backdrop has improved a little bit, from a macro point of view the risks still remain tilted to the downside for the near-term outlook for gold prices.

Let’s start with the technical first. Gold’s apparent double bottom at around $1676/77 may turn out to be a key reversal pattern, but I have my doubts. The underlying trend has been bearish since the middle of last year. So, the recent recovery may just be a corrective move instead. We will find out which is the case soon as prices test some key resistance levels. 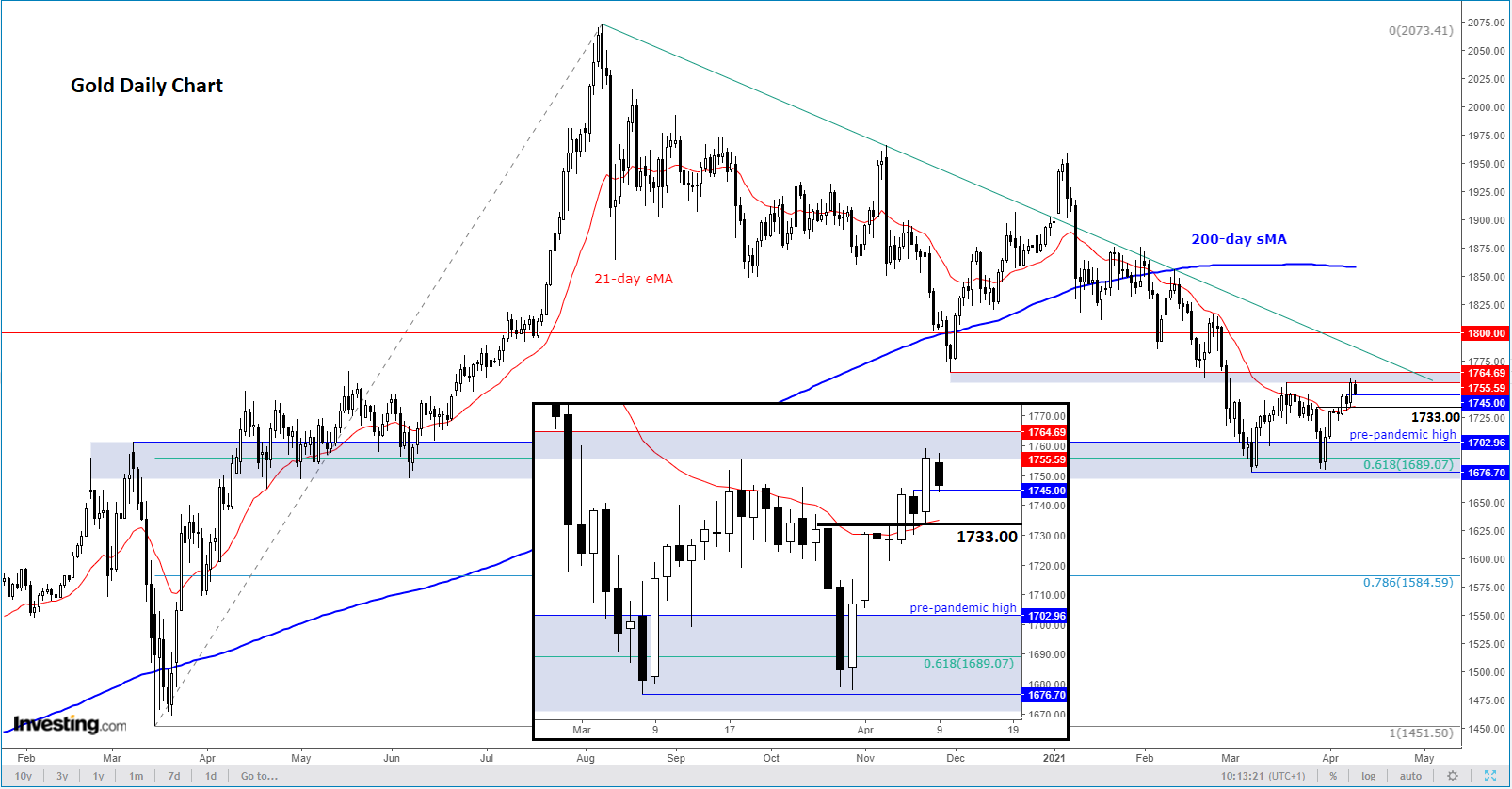 Gold has already tested the key hurdle in the $1755-65 range overnight. This area was previously support and has now turned into resistance. It remains to be seen whether more losses will now follow as prices test short-term support, at $1745 at the time of writing.

Meanwhile from a macro point of view, although the FOMC revealed earlier in the week that there are no imminent changes to be expected in US monetary policy, the relatively fast deployment of COVID vaccines and ongoing fiscal and monetary stimulus measures point to a strong economic recovery in the US. This should keep the US dollar and bond yields underpinned, as the Fed may be forced to tighten its belt faster than it wants to. They certainly wouldn’t want to overcook and then apply the brakes harshly. So, watch out for a change of tone from Jay Powell and Co. in the coming weeks.

So, in my opinion, bond prices will likely remain supported going forward. This should put a floor under the dollar and a ceiling over yields, increasing the opportunity cost of holding the non-interest-bearing and buck-denominated precious metal. Indeed, if the US bond yields rebound from THIS key support area, then the dollar could resume higher and gold potentially lower: 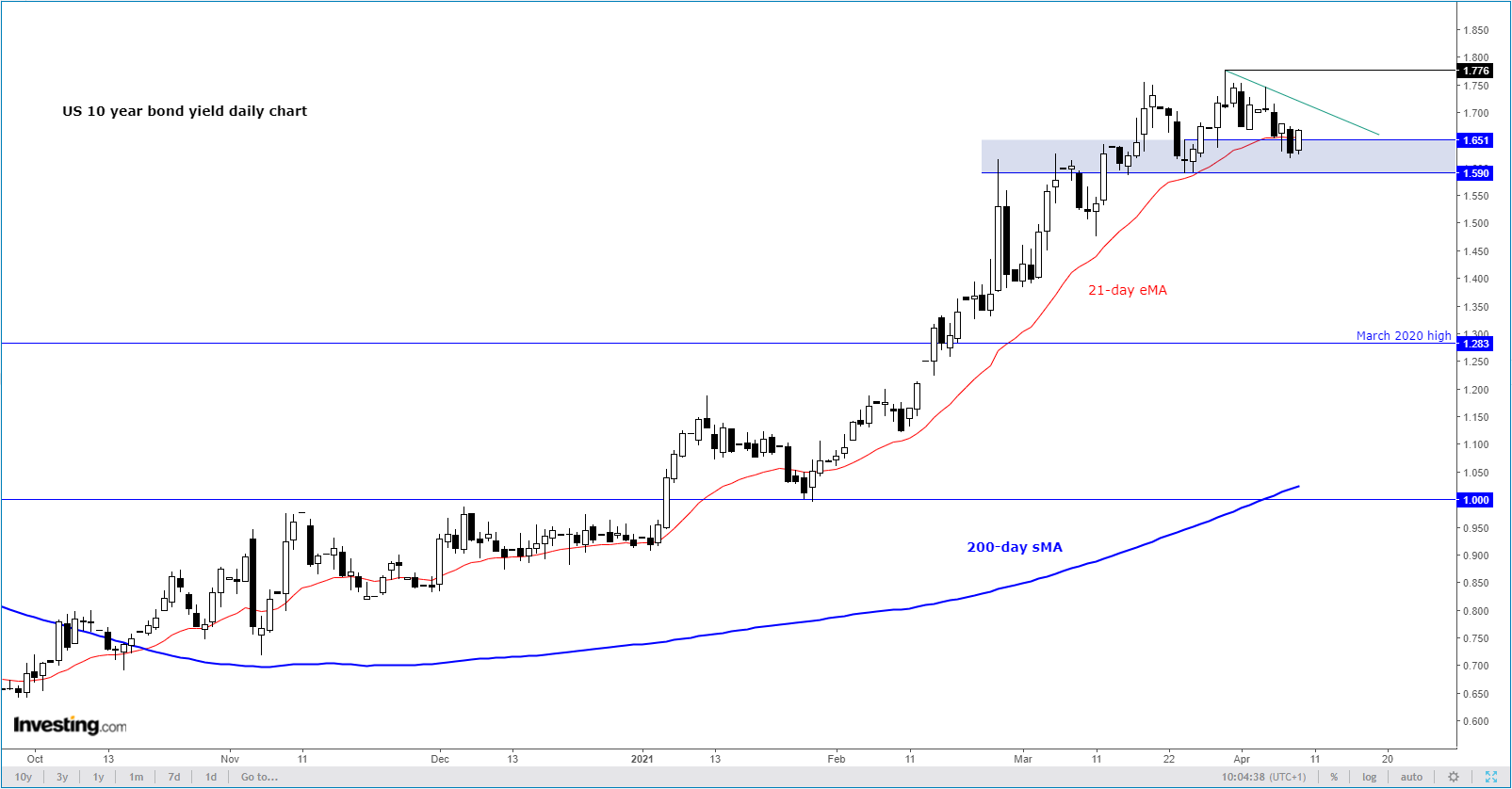 10-year Treasury Yield Daily
Disclaimer: Fusion Media would like to remind you that the data contained in this website is not necessarily real-time nor accurate. All CFDs (stocks, indexes, futures) and Forex prices are not provided by exchanges but rather by market makers, and so prices may not be accurate and may differ from the actual market price, meaning prices are indicative and not appropriate for trading purposes. Therefore Fusion Media doesn`t bear any responsibility for any trading losses you might incur as a result of using this data.