OPEC chatter still has some ability to rally oil prices⁠—at least temporarily. The market proved this when surged 1.6% and gained 1% on the morning of Oct. 22 after Reuter reported that OPEC is considering implementing greater production cuts at its next meeting in December. 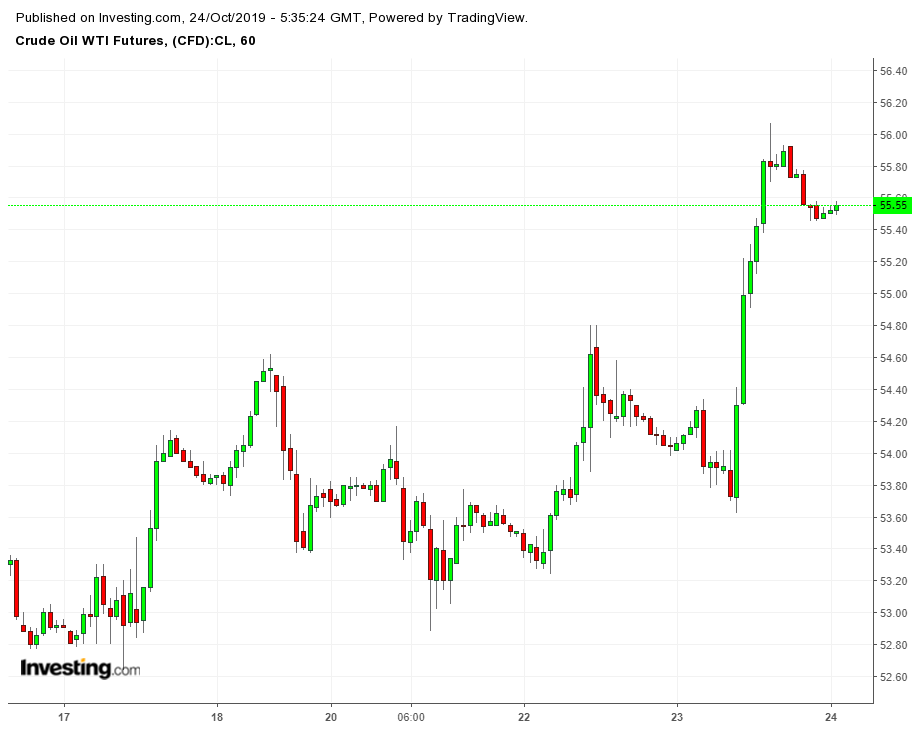 In terms of implementation, OPEC’s most recent record is still spotty and some members of the organization recognize this obstacle. Saudi Arabia is said to seek greater adherence to the production quotas already in place before trying to apply further cuts. This is understandable given Saudi Arabia has cut production more than its required amount under the current quotas while fellow OPEC producers, Iraq and Nigeria, continue to over-produce.

Even if OPEC managed to agree to across-the-board production cuts at its December meeting, we can expect only some of the OPEC countries to comply and would be right to question whether a significant amount of oil would actually come off the market. As a result, it’s unclear if further production cuts would lead to sustained higher prices.

On top of that, U.S. production and export growth, not OPEC production expansion, is currently meeting all of the global oil demand growth. With demand forecast to increase at under 1 million bpd in 2020, production cuts from OPEC alone are unlikely to result in an enduring price rally.

Russia, of course, cannot be relied upon to cut production further, as it has failed to comply with the cuts it promised as part of the OPEC+ charter. Russian oil minister Alexander Novak said on Wednesday that no formal proposals to enact further production cuts had been introduced to the OPEC+ group.

So, What Can We Expect?

Traders might be wise to remain skeptical of further production cuts from OPEC given Saudi Arabia’s unwillingness and the likely ineffectiveness of any proposed cut. However, market watchers should anticipate continued discussion about production cuts as the Dec. 5 meeting approaches, and this chatter will still have short-term positive impacts on prices.

There is a widespread belief that Saudi Arabia will seek production cuts prior to the IPO of its national oil company, Saudi Aramco, in order to raise oil prices and increase the valuation for Aramco. This is a misconception. There has been no evidence that Saudi Arabia’s oil ministry has engaged in any effort to raise the price of oil specifically for the IPO, and it would have already done so by now. Moreover, post-IPO, if the country wants to raise the price of Aramco stock, it is more likely to pursue overproduction to show high revenue and profit than production cuts which are unreliable in raising the price of oil.

Gold Has Provided Portfolio Protection In Past ...