Within four weeks, oil has gone from a bull to bear market, thanks to China’s coronavirus crisis, and no one in the right frame of mind expects it to switch back as quickly.

There’s hope, of course, that the market’s bleeding can be staunched.

And that’s what officials from some 23 oil producing countries are trying to figure out right now, at a technical-level discussion in Vienna that’s supposed to be a low-profile meeting — only that it’s not.

With the full weight and spotlight of the world’s media upon them, every word uttered — and expression offered — by officials at the meeting will be magnified, analyzed and telegraphed by journalists to an oil market waiting to judge what OPEC+ could possibly do to stop the crude price rout.

So, can the 13-member Organization of the Petroleum Exporting Countries and its 10 allies catch the proverbial “falling knife” in oil?

Crude managed to rise in Tuesday’s session in Asia after 13-month lows the previous day that took UK under the key $55 per-barrel support and U.S. below the psychologically-important $50 level. 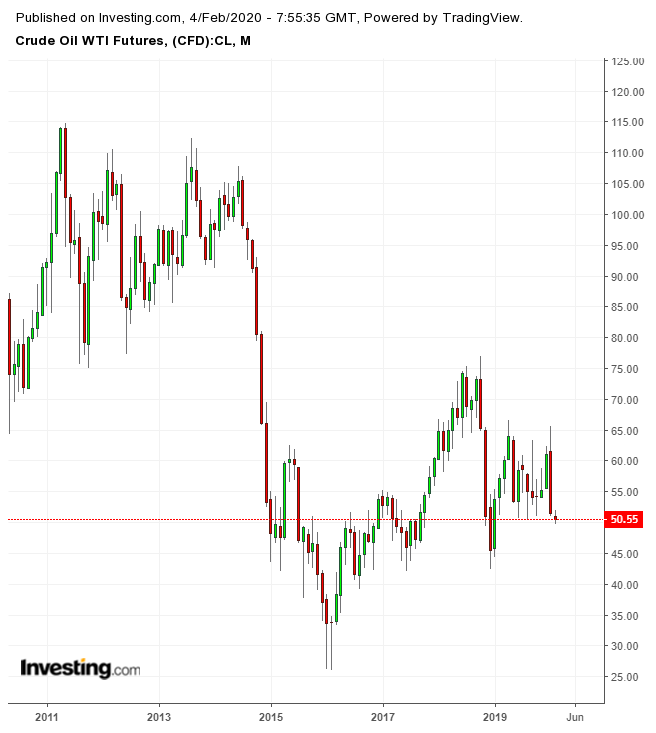 But by late afternoon in Singapore, the rebound remained modest, indicating that the market could capitulate again should China announce more bearish data or a new spike in infections or deaths from the virus. It will be just as bad if the message from the officials meeting in Vienna does not live up to the market’s expectations.

Thanks to the Wall Street Journal, we have a sense of what the technical-level meeting will be trying to achieve.

According to the Journal, OPEC kingpin Saudi Arabia is considering a temporary cut of 1 million barrels per day on its own to create a supply “shock” in the market. The kingdom currently produces around 9.7 million bpd.

The Saudis are also trying to push other producers in OPEC, as well as those associated with the cartel, to make a cumulative short-term cut of 500,000 bpd on top of the supply reductions they are already implementing.

And here’s where things get a little convoluted. Because other than what OPEC and its allies officially announce via monthly statements and other published data, there is no real-time transparency on their activity, making it hard to figure out exactly what the extended group — or each component — is producing at any one time.

According to latest data, OPEC intensified its oil production cuts in December. But aside from Saudi Arabia and a few “committed members,” the rest of the cartel failed to honor their pledged cuts for a second consecutive month.

Data shows that 11 of the 13 OPEC members participating in the cuts reduced supply by 1.345 million barrels per day versus the original pledged reduction of 812,000 bpd. The Saudis alone contributed 871,000 bpd of the total cuts — or 65%.

On the side of the allies, cuts totalled 383 bpd versus pledges for 224 bpd. Russia, the Saudis’ most trusted partner in the alliance, has on the contrary been one of the worst in delivering on its pledges. Moscow cut 151 bpd in December, against a promised reduction of 230 bpd.

Everyone knows the Saudis will again have to do more than the rest of OPEC if they wish to save crude prices from further savaging in the present crisis. As the cartel’s chief beneficiary for decades, it’s a role Riyadh has assumed, regardless of Saudi Energy Minister Abdulaziz bin Salman’s apparent outrage at the so-called free-ride that others in the group have had from the kingdom’s market-supportive actions.

Few, if any, really care how the Saudis feel. But everyone with their fortunes tied to OPEC will be counting on Riyadh to go beyond the call of duty to save the market, and here’s where Abdulaziz’s real challenge will be.

It’s About Demand, Not Supply

Unlike past sell-offs in oil where oversupply was always the problem, the coronavirus crisis is more about demand or, rather, the lack of it.

Yes, it can be argued that anemic demand means there’s too much oil lying around. Yet, this price bust is different from the shale-driven market crash of 2014-2017 which principally came from a glut of cheap oil. Here, demand suddenly evaporated almost overnight, and it all happened with one source: China.

As the largest buyer of virtually everything, China has assured a home for goods and services that come from almost everywhere — be it the world’s most powerful country or one of the most impoverished. The Chinese also guarantee the world its the most stable supply chain of finished goods made from the billions of tons of commodities they buy. Its a “quid pro quo” that has worked seamlessly for almost three decades.

Now, for the first time, the virus outbreak is changing that balance by crippling many parts of the Chinese economy. And oil could be the worst hit in the process given its role as the commodity that literally moves the world.

China: A Crystal Ball No One Can Read Now

Right now, there isn’t a single authority in China who can safely say when the virus outbreak will be contained and normalcy returned to the economy. China alone accounted for 66% of the world’s growth last year and Goldman Sachs has already revised down its 2020 growth expectations for the Chinese economy to 5.5% from 5.9%.

Bloomberg estimates that Chinese oil demand has dropped by about three million barrels a day, or 20% of total consumption, with the coronavirus having killed more than 360 people so far and infected over 17,000 in the world’s second-largest economy.

As many as 18 independent oil refineries in China, out of an operating 40, may be cutting runs or shutting completely, it says.

In sum effect, the drop is probably the largest demand shock the oil market has suffered since the global financial crisis of 2008 to 2009 and the most sudden since the Sept. 11 attacks, Bloomberg adds.

Moody’s Analytics says the crisis could “sink the price of WTI by 43% from recent readings.” A chart it published showed U.S. crude at below $40 a barrel — or 25% off current prices.

All this prove that the Saudis have no choice but to slash supply.

But will Chinese demand fall faster and even more to offset those cuts?

That’s the question the oil market will want answered.