Cameco Stock Rebounds Along With Uranium

The commodity asset class has been nothing more than a bullish relay race since mid-2020. After reaching lows as pandemic-related selling gripped markets across all asset classes over the early months of 2020, commodities took off on the upside.

The first market to reach an all-time high was , as the yellow metal reached a record $2063 per ounce in August 2020. While gold corrected, other raw materials took the bullish baton. Grains rose to over eight-year highs in 2021. In May 2021, , , and reached record levels. In July and August, soft commodities exploded higher, with , and even frozen concentrated futures rising to multi-year peaks. Meanwhile, NYMEX rallied to a marginal new multi-year high in early July.

does not trade on a futures exchange, but it is a critical energy commodity. Cameco Corporation (NYSE:), a Canadian uranium company, is the world’s second-leading producer. CCJ’s output accounts for approximately 15% of annual production.

Uranium is an energy commodity with lots of applications

Uranium is a silvery-white metallic chemical element. Uranium enriched to U-235 is a critical component for nuclear power plants and the nuclear reactors that run naval ships and submarines. Highly enriched uranium is an ingredient in nuclear weapons.

Yellowcake is a type of uranium concentrate powder obtained from leach solutions in an intermediate step in the processing of uranium ores. Yellowcake production is a step in uranium’s processing-cycle after mining but before fuel fabrication or enrichment. The world’s leading uranium-producing countries in 2019 were: 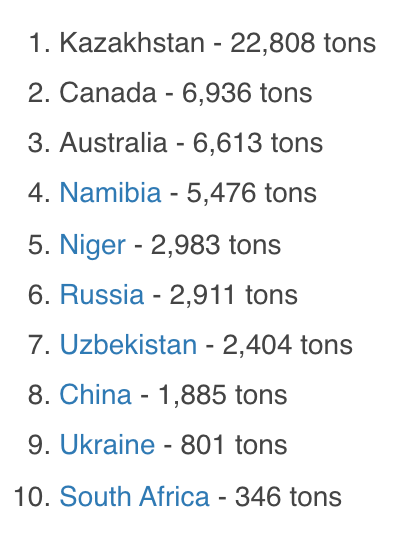 While Kazakhstan is the leading producer, it is second to Australia in uranium reserves. Russia, Canada, and South Africa round out the top five uranium-rich countries. Australia has around 30% of the world’s known recoverable uranium reserves within its borders.

The price moved higher over the past months

Uranium is another commodity that has moved to a new multi-year high over the past months. 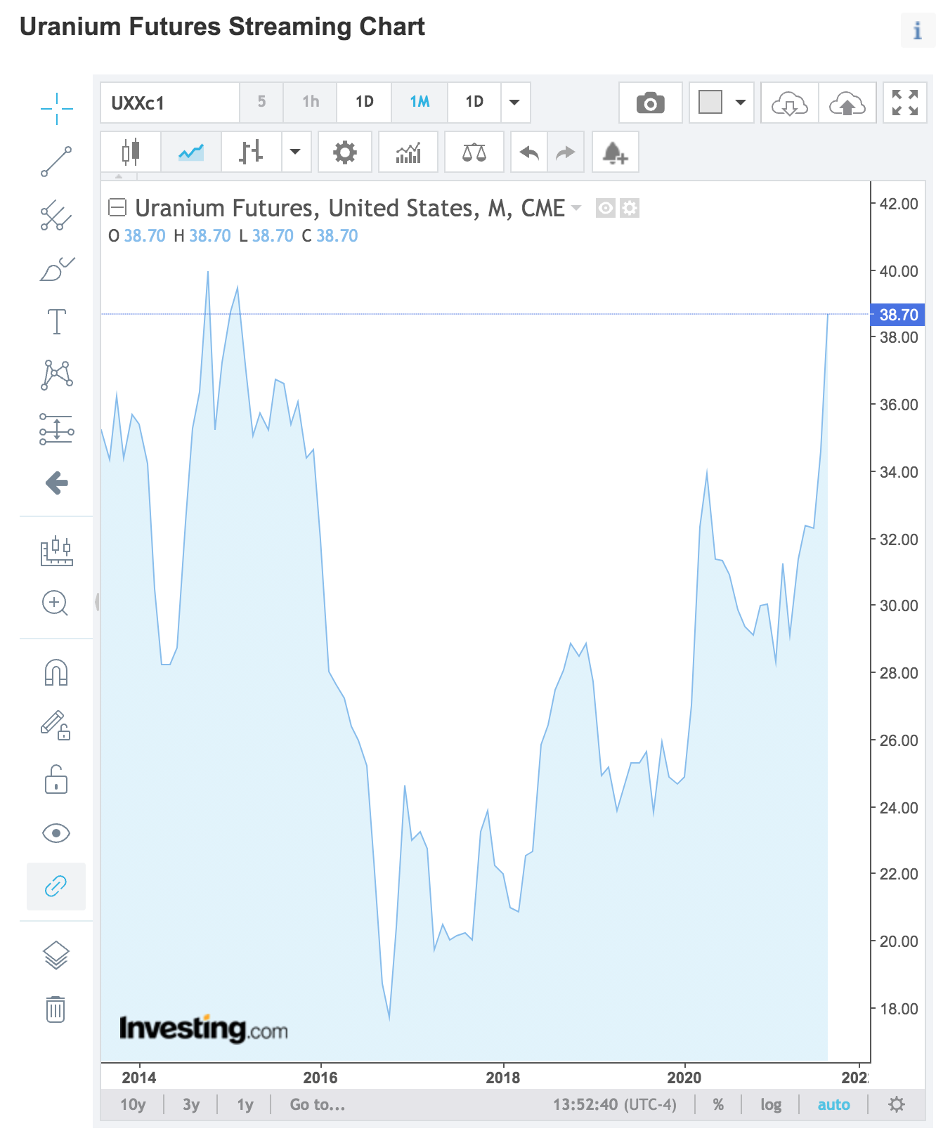 As the chart highlights, uranium’s price climbed to the highest level since March 2015. The uranium rally lifted the price of the Sprott Physical Uranium Trust (OTC:). 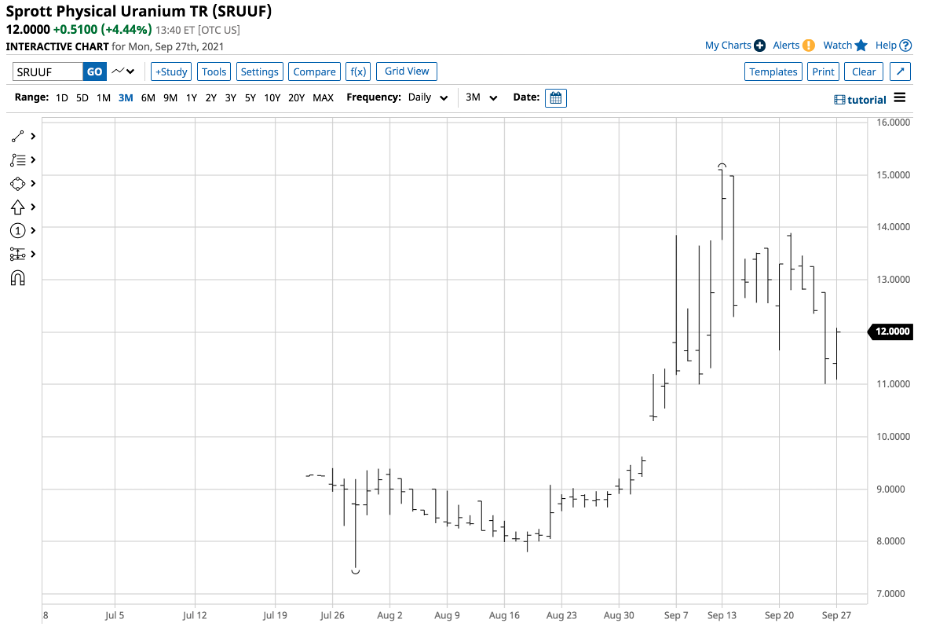 Cameco rebounded with the commodity

CCJ’s headquarters are in Saskatoon, Canada. 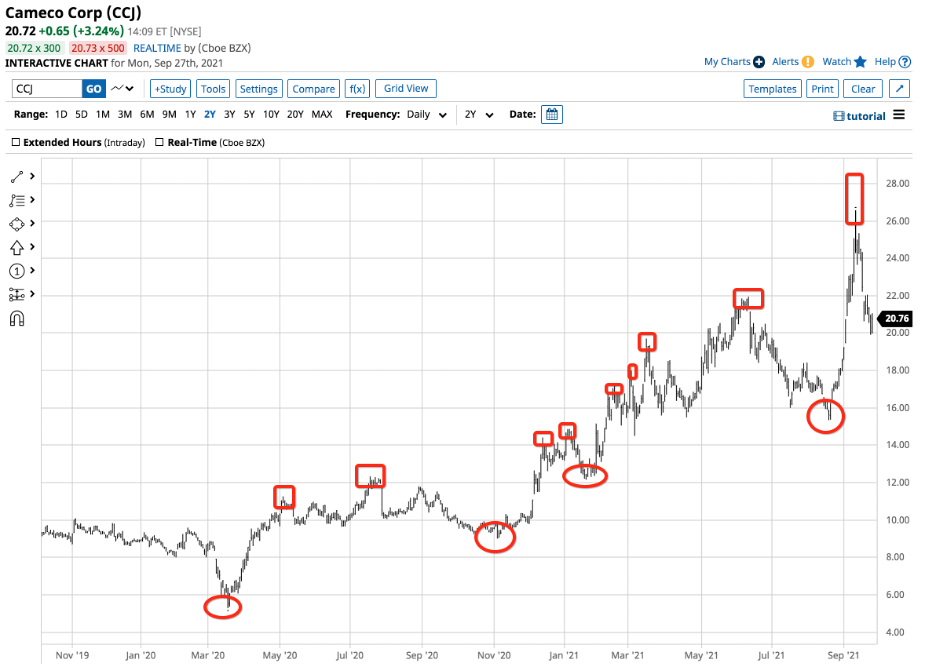 As the chart highlights, CCJ shares reached rock bottom in March 2020 at $5.30 per share. The stock has made higher lows and higher highs, with the most recent peak coming on Sept. 13 at $26.57. At the $20.70 per share level on Sept. 27, CCJ corrected from the most recent high but remains in a bullish trend.

A highly speculative stock and metal 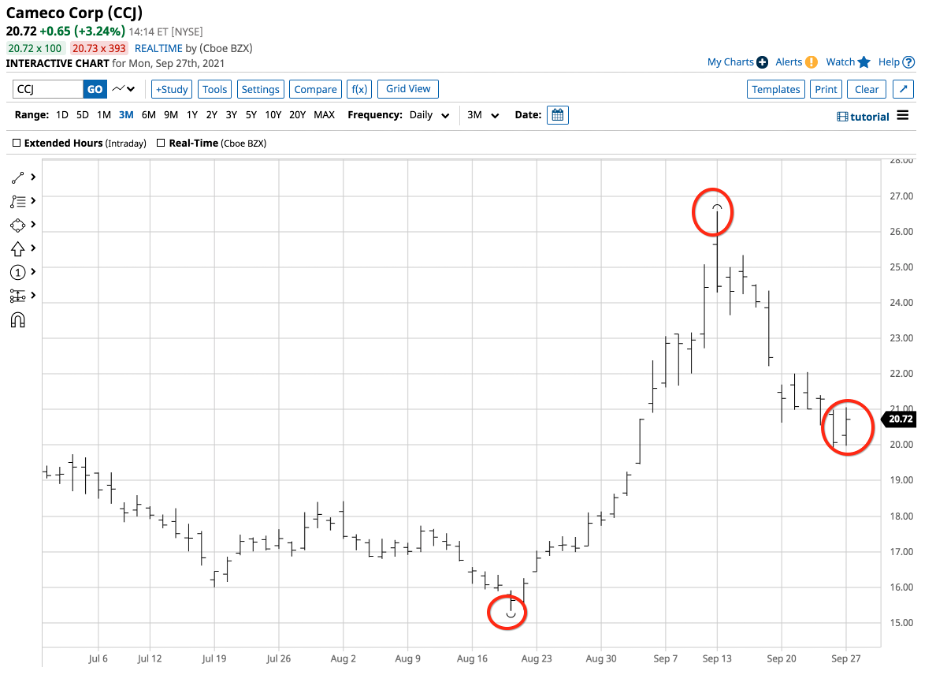 The chart shows the move from a low of $15.34 on Aug. 19 to a high of $26.57 less than one month later, on Sept. 14. CCJ shares exploded 73.2% higher. At the $20.70 level on Sept. 27, the stock corrected by 22.1%. The price action in CCJ shares and uranium has been head-spinning since mid-August as uranium joined many other commodities with substantial rallies over the past months.

Levels to watch in CCJ 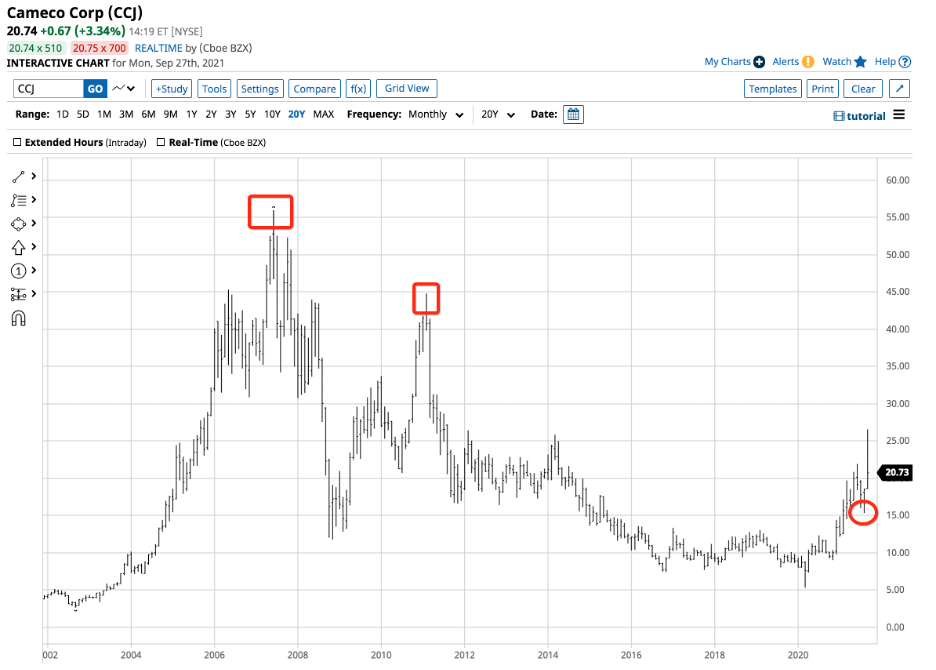 Nuclear energy demand is likely to rise as the world moves away from fossil fuels. CCJ is the leading uranium-producing company worldwide.

Will Aluminum Retain Its Mojo After September’s ...