It’s hard for me to look away from , with at one of its most defining moments ever between landmark production cuts or a deeper price crash. Yet there are 30 other commodities in Investing.com’s universe of raw materials, and I’d be failing as a sectoral analyst if I didn’t point to those on a breakout or deserving of your attention.

So today, my colleague Ellen R. Wald will bring you her incisive on oil while I dive into the world of precious metals, precisely silver.

A lot has happened to silver since a host of forecasters projected highs of $16-$22 an ounce in 2020. Unfortunately, much of what happened was in the reverse to what they called. 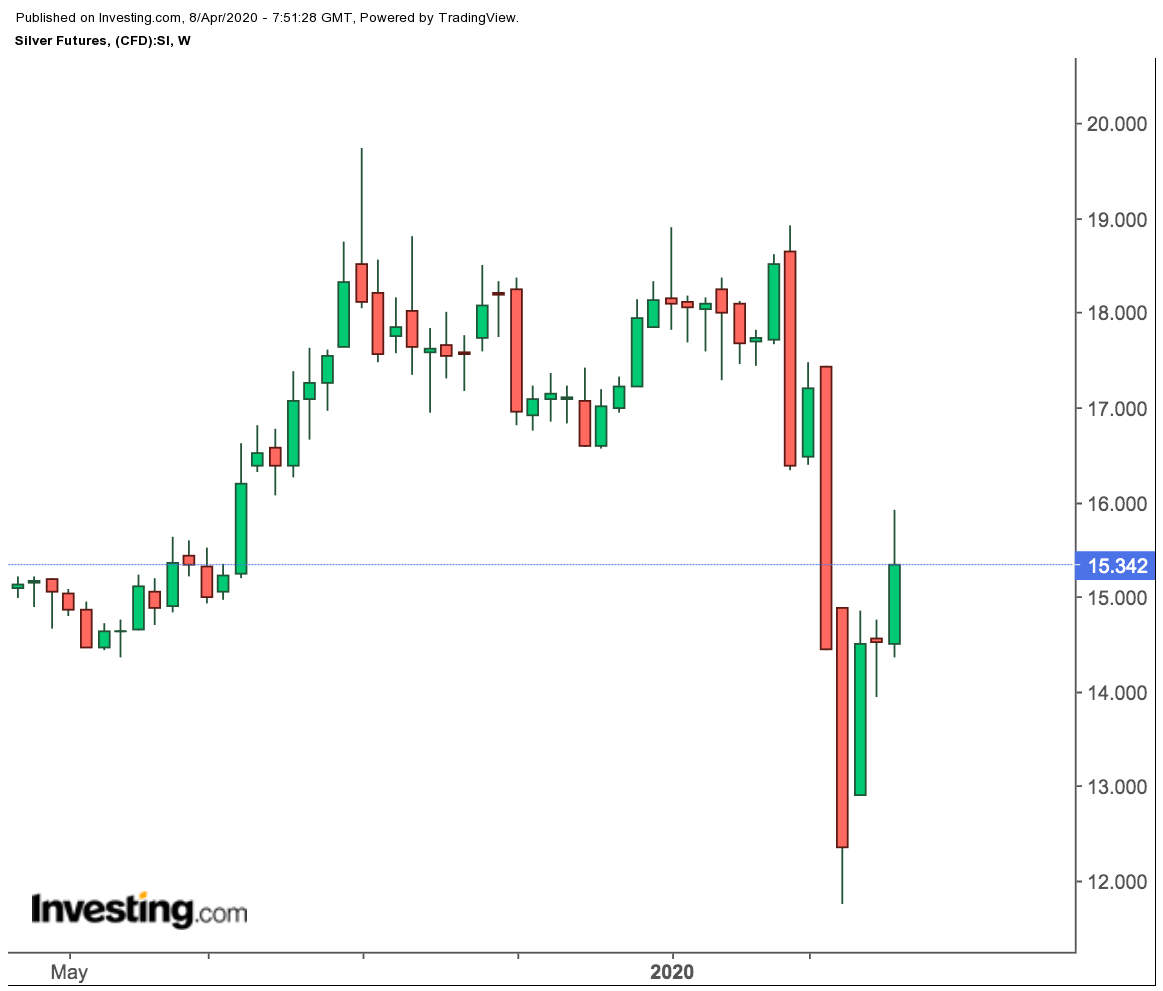 As the coronavirus crisis led to a liquidity crunch across markets, gold’s safe-haven status took on a different meaning, with investors turning the value they had built over time in the yellow metal into cash to cover losses in their equity and other portfolios. Silver got caught in that downdraft too.

But now, silver is headed for a third straight week of gains, albeit with some volatility.

To Todd “Bubba” Horwitz, chief market strategist at BubbaTrading.com, silver was at the pinnacle of a breakout that could add another $2 or more to its May COMEX contract.

“Silver has a solid rally,” Horwitz said. “There is a chance that $16 is next and it can continue.”

But some are more cautious about silver’s upside, saying it had potential for more gains but in a path fraught with volatility.

Tesfaye said like most metals, silver was caught in the middle of a demand/recession cycle anticipated over the next two quarters from the coronavirus crisis.

Silver’s status as an industrial metal particularly made it vulnerable to any economic slowdown, and the Covid-19 recession could be one of the worst ever, analysts say. Used in jewellery and silver tableware, the white metal is also integral in the making of mirrors; dental, solder and brazing alloys; and electrical contacts and batteries.

And while it may be struggling to get beyond $16 now, silver has seen better times where it has traded more than three times current prices.

Will It Be Sideways Action Instead, And Not A Continued Rally?

Tesfaye said he didn’t anticipate a huge run-up in silver now, although he expected some technical levels to trigger an extended short term rally.

On the other hand, a shift in global recession sentiment could trigger another wave of selling that could pressure the metal below $12, Tesfaye commented, adding:

“Silver will be in sideways price action for the most part.”

“In my view, the sooner we can get a resolution or phase type of return to work for most sectors, the sooner you see the price of silver stabilizing” and the outcome would depend much on how the United States dealt with the Covid-19 pandemic, he said.